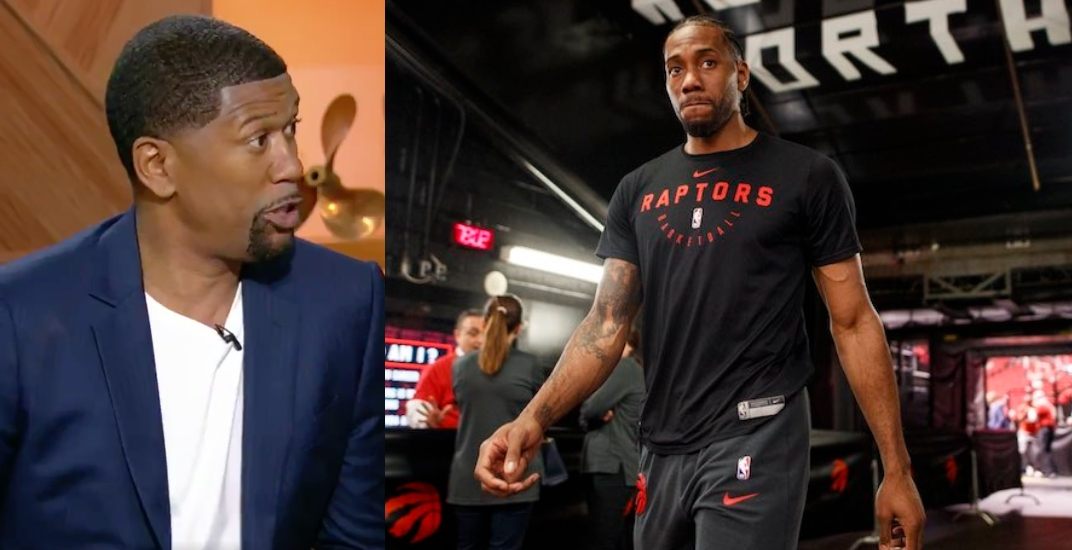 If it wasn’t already, #KawhiWatch is now in full effect.

The Toronto Raptors superstar has been meeting with teams all week, as he decides where to sign as a free agent.

He’s reportedly deciding between returning to the Raptors or leaving for one of his hometown teams – the Los Angeles Lakers or Clippers.

Most of the buzz prior to Wednesday was surrounding the Lakers, who are trying to put together a ‘super team’ with LeBron James and Anthony Davis. But today? It’s all about Toronto.

MLSE’s private jet touched down at Pearson Airport in Toronto, carrying four men, who jumped into two SUVs bound for downtown. A local television station went full helicopter paparazzi, covering the arrival before following the SUVs on the highway, while fans and media staked out a hotel believed to be his destination.

It sure looked like Kawhi was one of the men that walked off the plane – which is interesting given the Raptors already reportedly met him in LA on Tuesday.

After days of wild speculation, we now have our first credible report indicating that Leonard is likely to return to the Raptors, for two more years, courtesy of former NBA player and current ESPN analyst Jalen Rose,

“What I’m 99% hearing is that Kawhi Leonard will be returning to Toronto and signing a two-year contract,” Rose said on ESPN’s Get Up.

Rose, who played parts of three seasons with the Raptors during his 13-year NBA career, sounded quite sure of himself too.

“If you notice, I’ve never vacillated. Cause these are the same people that I’ve been talking to the entire time,” Rose said. “When you hear the reports, especially when you do what we do, it’s easy to kind of get off of your square, but I’ve been consistent. You know me.

“I like to measure twice and cut once. I just dropped the mic.”

Rose has some history with Kawhi intel, having correctly predicting that he would never play for the San Antonio Spurs again 18 months ago.

Signing a two-year deal would have financial benefits for Kawhi, given it would increase the value of the super max deal he would be eligible for in 2021, as a 10-year vet.