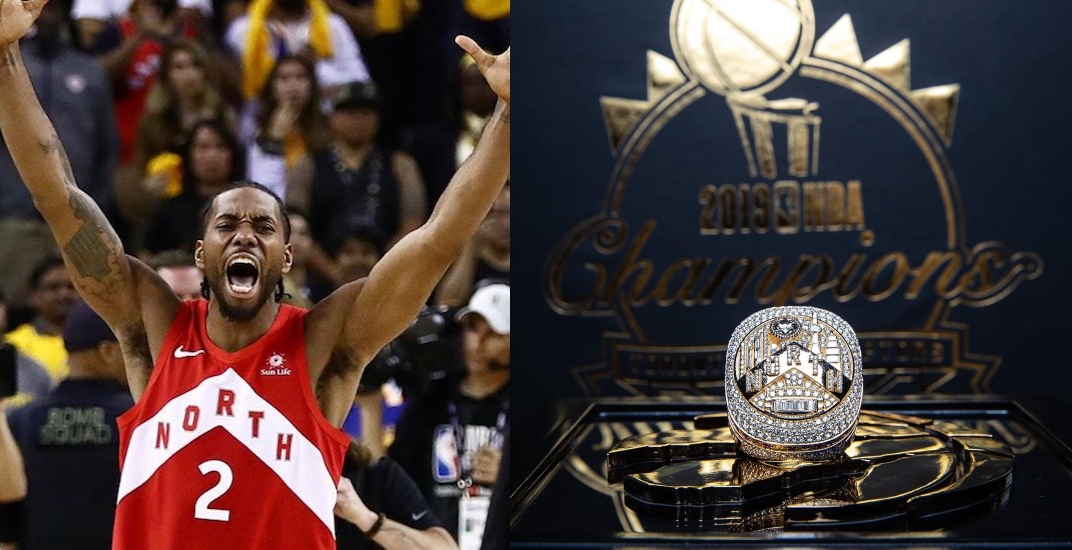 It will be a special night at Scotiabank Arena on Wednesday, as Kawhi Leonard makes his highly anticipated return to the city he helped bring a championship to six months ago.

Kawhi and the Los Angeles Clippers will take on the Toronto Raptors, with a special pre-game presentation taking place before tip off.

“On Wednesday, December 11, we welcome Kawhi back to the North,” MLSE announced in a media release. “To celebrate Kawhi and his contributions to the championship run, there will be a special ring presentation pre-game.”

The Raptors are asking fans to be in their seats by 6:45 pm for the occasion, with gates at Scotiabank Arena opening at 6 pm. Kawhi will receive his championship ring, just as the returning players from last year’s team did on opening night. Tip off is at 7 pm ET / 4 pm PT, with the game and pre-game festivities televised nationally on TSN.

While Leonard will likely receive a standing ovation from the fans, Raptors players were downplaying his return following Monday’s win in Chicago.

“I think it’s going to be an unbelievable night for the first five minutes, then after that it’s a basketball game,” Kyle Lowry told reporters.

“It’s not going to be emotional because we already got our rings,” said Marc Gasol. “You know, hopefully it’s very emotional for him. But for us, it’s gonna be pretty business-oriented.”

The Raptors, of course, have already played Kawhi once this season, losing 98-88 at Staples Center in Los Angeles.

Both teams will be entering this game with fairly even records. The Raptors sit at 16-7, while the Clippers are 18-7. Toronto has been excellent at home, winning nine of 11 games at Scotiabank Arena, while the Clippers have struggled away from LA, going 5-6 on the road.

Kawhi has been excellent for his new team, leading the Clippers in average points (25.1), rebounds (7.9), and steals (1.9). He sat out Monday’s game in Indiana — one of seven games he’s missed due to load management — so he should be more than ready to face his old team.