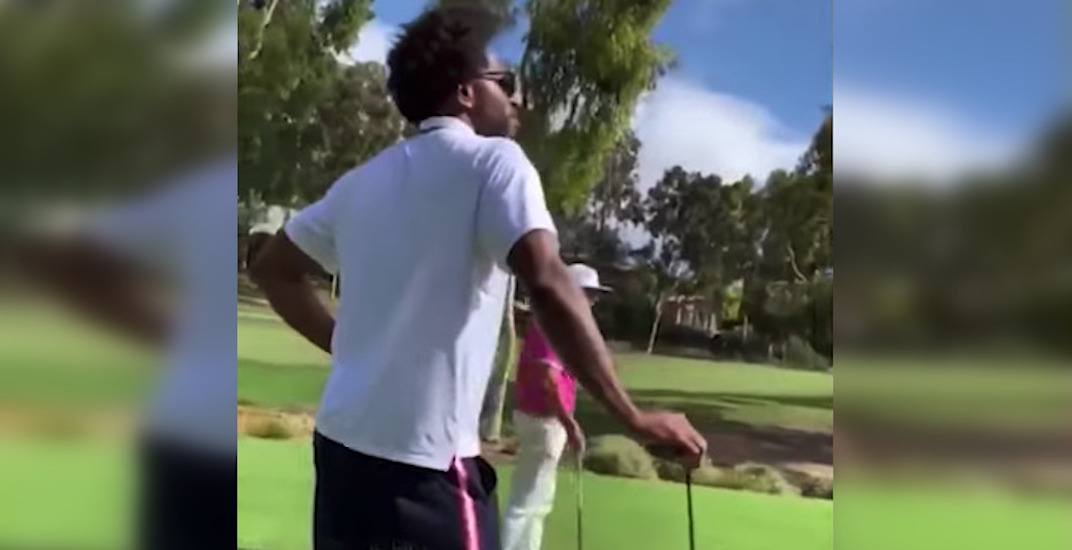 Kawhi Leonard’s jersey might not be the only thing different about his appearance next season.

The former Raptors superstar, who left Toronto for the LA Clippers this summer, was seen rocking a drastically-different hairstyle.

Gone were the cornrows he’s sported since high school, as Leonard showed off an afro hairstyle while playing a round of golf with close friend Jeremy Castleberry, the coach who followed Kawhi from San Antonio to Toronto last season.

In the video Castleberry posted to social media, Kawhi could also be heard talking about a mural of himself in a Lakers jersey, that went up before he decided to sign with their LA rivals. Apparently, it has since been repainted to include him in Clippers jersey – maybe they’ll need to repaint his hair too.