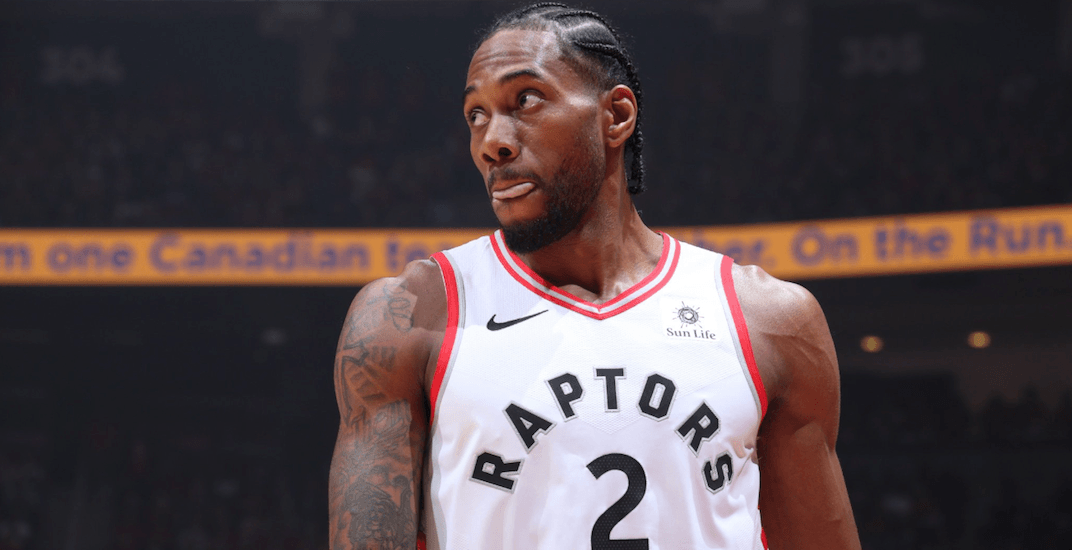 Raptors fans are on the edge of their collective seats as they wait for any news regarding Kawhi Leonard and his decision to stay or leave Toronto.

There’s no shortage of rampant speculation out there, and that’s just from the verified accounts of trusted journalists.

If you go beyond that, to the unverified accounts, you’ll read that Kawhi has already made up his mind and signed with the Lakers, is actually at a Toronto hotel to meet with the Raptors — or doing countless other things.

For now, let’s keep to rumours from trusted sources — like ESPN’s Jordan Schultz, who reported that Kawhi has completed meetings with the Los Angeles Lakers and Clippers, and was to meet with the Raptors on Tuesday.

Kawhi Leonard has completed both his meetings with the #Lakers and #Clippers, a league source tells ESPN. He is also meeting with the #Raptors today. The rest of the basketball world awaits Leonard’s decision…

This jives with Adrian Wojnarowski’s previous report that the Raptors would be allowed to make their pitch last — which is traditionally viewed as an advantage.

Toronto’s secret weapon may be Drake, who is said to have come up with his own recruiting campaign – separate from what the Raptors had planned – according to the New York Times’ Marc Stein.

3. The Raptors haven’t backed off one centimeter and Drake is said to be mounting his own recruiting campaign on top of whatever the freshly minted champions are doing to convince him to stay

The latest bit of news comes from Kevin Rashidi, who reports that MLSE’s private jet is scheduled to arrive home from LAX this morning.

MLSE’s Private jet is slated to arrive from LAX to Toronto in about 30 minutes, per source. Masai and Bobby Webster are already in Toronto. Take that as you will.

MLSE Corporate jet on final for Toronto Pearson runway 05. Unknown who is on board. Coming in from Los Angeles. #KawhiWatch #KawhiUpdate

WHAT DOES IT MEAN?

Listen, anybody could be on that plane but the fact it’s coming from LAX could be something.

In reality, nobody really knows.

There’s been a lot of noise coming from the Lakers, though it’s impossible to decipher whether that’s an indication that they’re about to land the free agent or just a case of an organization that’s bad at keeping quiet.

I can’t even Lie Kawhi and is Camp is keeping everything dead bolt locked!!! I do know that the Clippers drop those Kshine bars on him last night!!!

Kawhi’s got the best poker face on the planet, so not much ever leaks from him.

All anyone really knows for sure is that this is a three-horse race, with the Raptors competing with both teams from Kawhi’s hometown in Los Angeles.

So for now, we wait… but for how long?

Back in 2014, LeBron James didn’t announce his decision until July 11. Thankfully, a cringeworthy ESPN special isn’t likely for Kawhi’s announcement.

So ….not going too far out on the limb here given it’s midnight Eastern …. but I’m going to place a small bet that tomorrow (July 3rd) is Kawhi Day. I’ve felt *fairly* confident about Raptors chances all along and will stick with that. Wish I had more for you 😂.

Most don’t expect Kawhi to take that long — with conventional wisdom being that he makes up his mind this week.