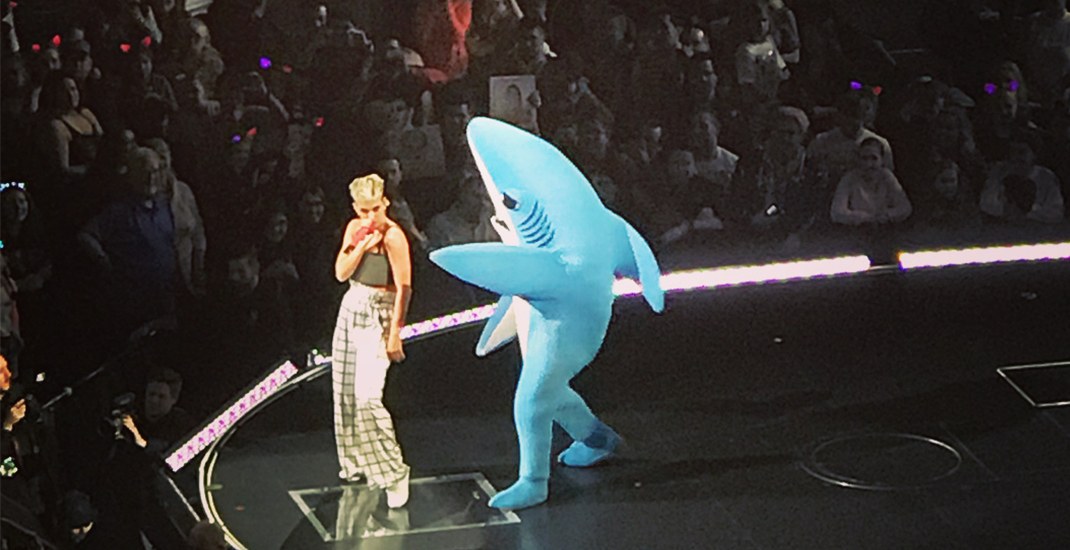 There were fireworks in the air at Rogers Arena on Monday night, as pop star Katy Perry played the the first of two back-to-back Vancouver shows to a packed house.

The award-winning singer is in the city this week as part of a tour to promote her new album, “Witness.”

Originally scheduled to play just the one show, Perry announced back in late November that she would add a second Vancouver show – which takes place tonight.

Opening for the international singing sensation was BC’s own Carly Rae Jepsen.

Tonight’s show begins at 7:30 pm, but in the meantime, those who had a chance to witness Perry perform live last night wasted no time in sharing their shots on social media – including her battle Left Shark, the character made famous by its random dance moves during Super Bowl XLIX’s halftime show.

When your nosebleed ticket winds you up arms reach of Katy Perry in the pit. 🐱 the best show!

Omg so much fun with Ms T tonight, even got up on the big screen. #momanddaughter #girlpower #leftshark

Yes @katyperry I see you too!! Hands down the MOST entertaining concert I’ve ever been too. I’ve never seen an artist talk to their fans that much. Not to mention she’s freakin hilarious 😂😂😂😂 #witnesstour #vancouver #SwishSwishBish

Up close and personal with #katyperry #katyperryconcert

Carly performing at Witness The Tour on Rogers Arena (Night 1)