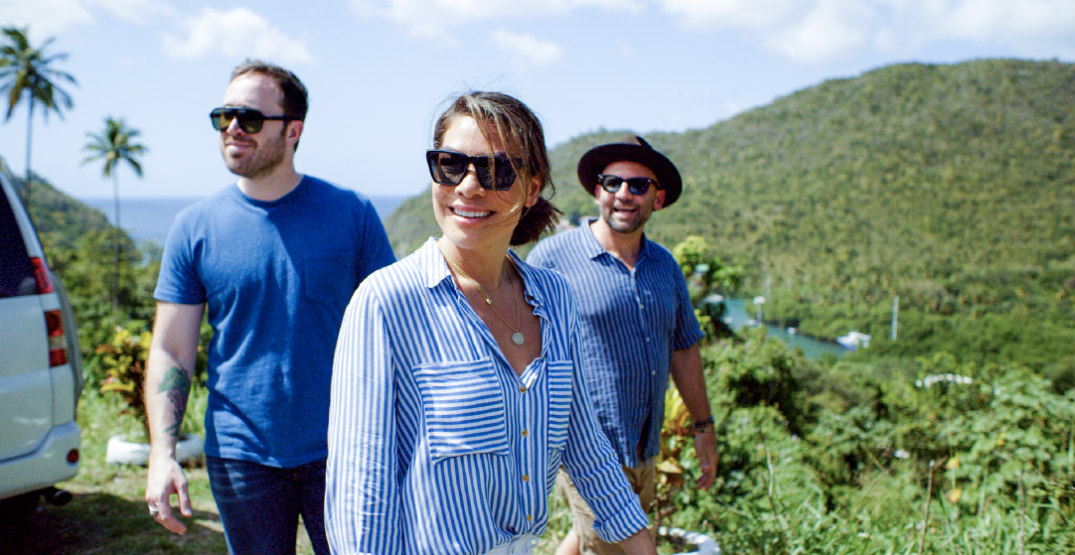 Travel is something that almost all of us are missing right now. Immersing yourself in a new culture, taking in the sights and sounds around you, and connecting with the locals who bring vitality to the destination, are all a part of the experience.

Karin Bohn, the Vancouver-based interior designer and founder of House of Bohn, knows this well. For her new Netflix show, Restaurants on the Edge, she spent roughly seven months travelling all over the world to revive failing restaurants with restauranteur Nick Liberato and chef Dennis Prescott.

“When I was approached, the production studio and the two other hosts were in place. They already had a shooting schedule and their first location nailed down. They just didn’t have the design host,” Bohn tells Daily Hive.

Filming for season one of the show started in January 2019 and wrapped long before the COVID-19 outbreak. With uncertain times ahead, most of us could benefit from absorbing positive content, and Bohn says there are plenty of uplifting takeaways from the show. 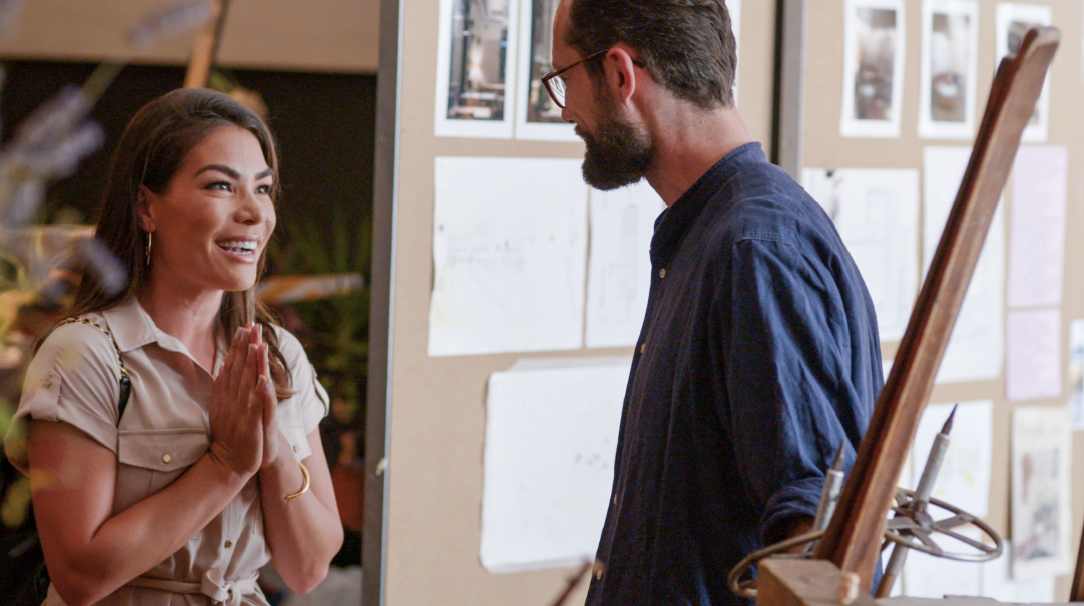 “It really is a feel-good show. It hits different interests including travel, culture, food, and design, as well as the stories of the owners. For anyone interested in any of those things, I think the show will speak to them.”

Restaurants on the Edge is focused on setting restaurant owners up for success, which Bohn says is incredibly relevant to everything happening in the restaurant industry here in Canada and around the world.

The commonality that many of the restaurants on the show shared is that they were overcluttered and disorganized. “I knew as soon as I walked into a new restaurant that we needed to clean it up, streamline it, and organize the space,” says Bohn.

Another key element was maximizing the views.

“So many of these restaurants were in incredible locations with unbelievable views, and oddly enough they wouldn’t have seating or an arrangement to take advantage of the incredible view.” Bohn dedicated time to rearranging furniture and ordering new furniture to maximize each restaurant’s location.

“I was always looking for an authentic story,” she says. “I would go into the city and meet with different craftspeople or artists, and try to bring something authentic back to the restaurant, no matter what location we were in. I got to tell the story of the restaurant and local culture through design.” 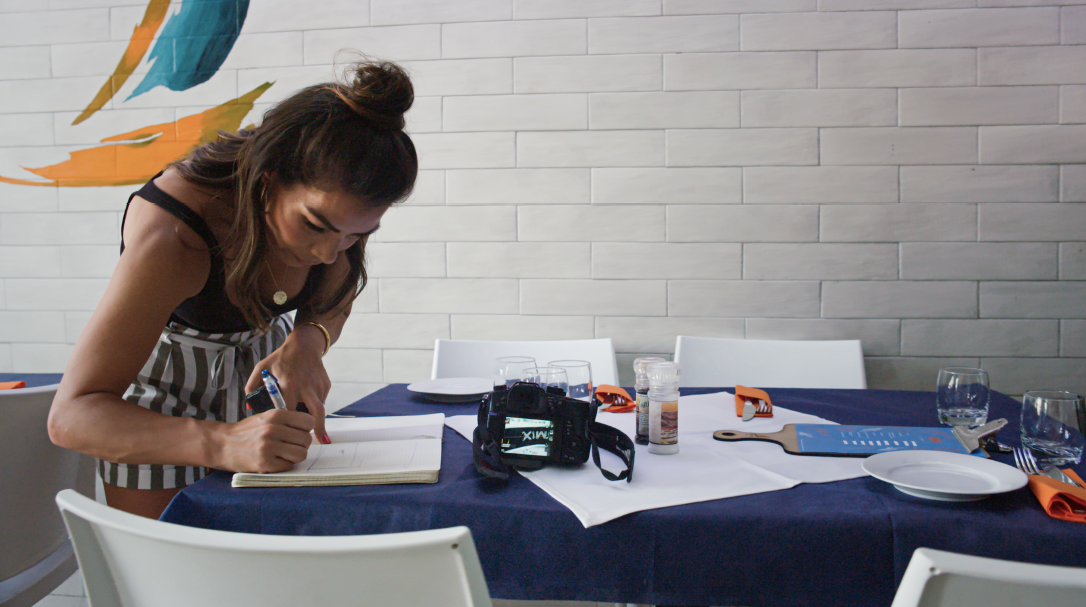 Bohn says the team visited incredible destinations during filming for the show, but three places, in particular, stood out for her.

“Hong Kong was such an amazing experience. I’m half Chinese and my mom was born just outside of Hong Kong,” she says. “I’d been to China many times but never to Hong Kong, so that was such a cool experience, to explore the city in that way.”

Another destination that Bohn loved was Slovenia, somewhere she says she wouldn’t have thought of visiting had it not been for the show. “Slovenia is so beautiful and picturesque,” she says. “We were in the capital, Ljubljana. It’s everything that you would imagine a quaint European city to be, except for it doesn’t feel like it has been hit by mass tourism at all.” 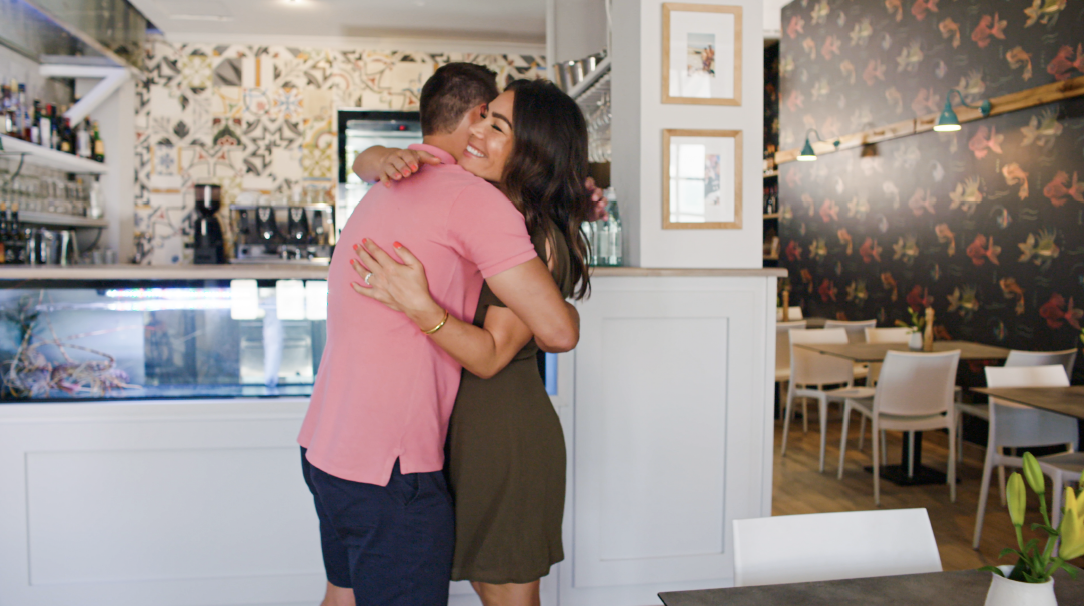 A lot of Canadians have been upgrading their spaces during the ongoing crisis, and Bohn says anyone who watches the show will be able to enjoy takeaway tips and tricks to employ in their own home or workspace.

“You can always declutter and organize your space, and get rid of the stuff that doesn’t really serve a purpose,” she says. “I think streamlining a space can always make it feel more comfortable and inviting and pleasing to the eye.”

The team experimented with paint a lot on the show. “Paint is such an inexpensive decorating material. You can buy a can of paint for around $30 and transform a space, whether it’s with colour or by freshening it up.”

If you have an art piece or something sculptural from your travels that you love, Bohn suggests moving it to a different location in your home where it can be presented in the best light possible; this can also transform a space. “I always try to showcase interesting art like local pieces or found objects,” she says. 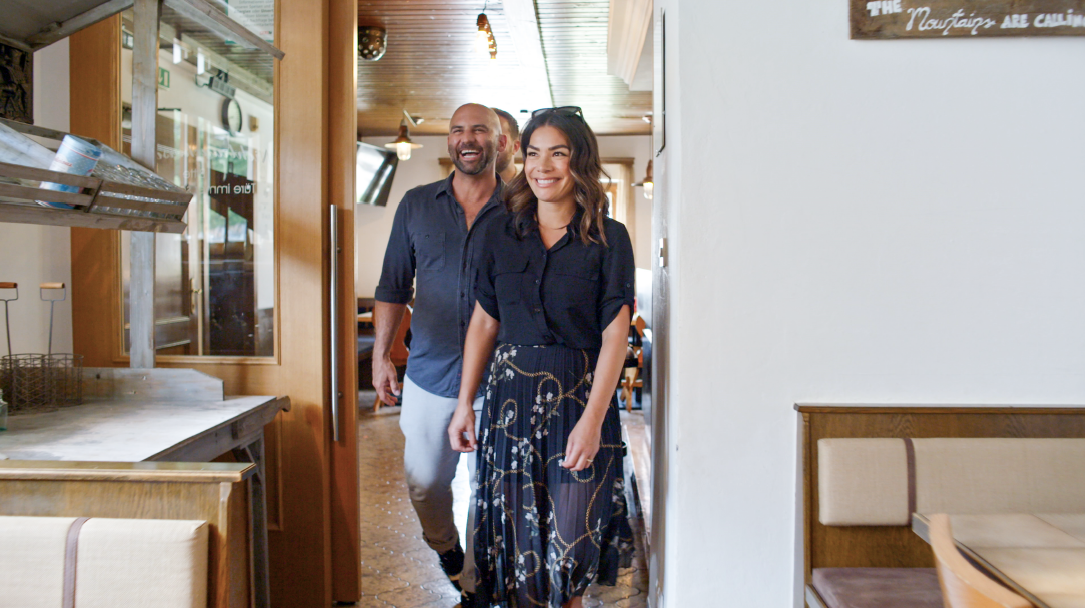 When the crisis is over, Bohn thinks we will all want to support our local community a lot more. “We might see a rebirth of celebrating our local community.” For example, she suggests that “if you can, have furniture made by a local woodworker instead of ordering it from somewhere else.”

At House of Bohn, the team has stayed busy. “I’ve kept everyone on my team, which is great, and have even hired one person. But we did go down from working a five-day workweek to a four-day workweek.”

Will there be a second season of Restaurants on the Edge? “I’m keeping my fingers crossed,” says Bohn. “I know there have been talks about it but nothing has been confirmed.”