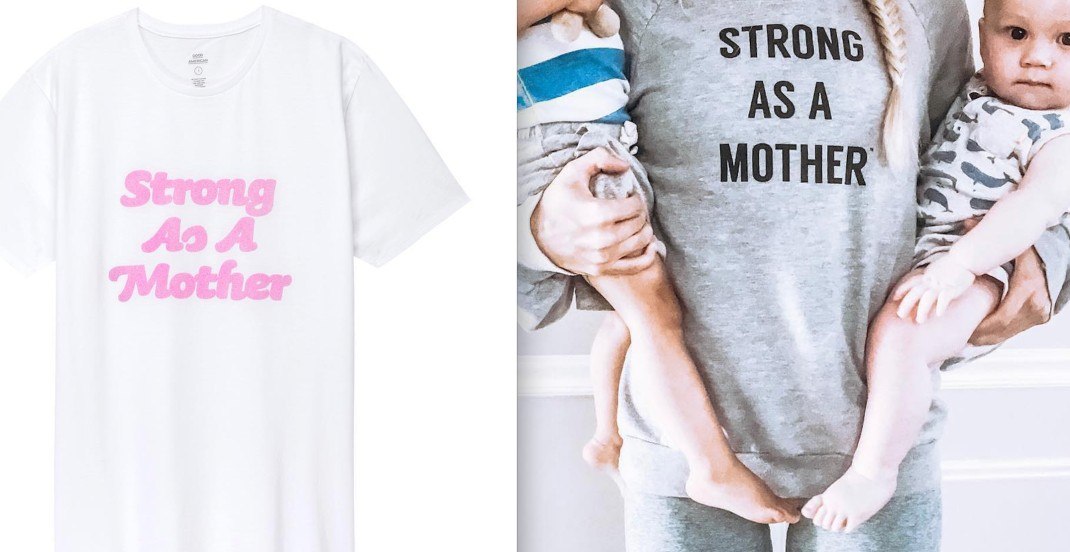 Tamara Komuniecki of North Vancouver said “her heart sunk” when she found out that a Kardashian’s company had copied her signature t-shirt slogan for its Mother’s Day collection.

Komuniecki owns Strong As A Mother, a local apparel company that sells clothing and products meant to uplift mothers.

Some of Komuniecki’s most popular sellers are t-shirts, crewnecks, and tank tops that have the company’s signature “Strong As A Mother” slogan imprinted on the front.

Komunieck holds the Canadian trademark to the slogan. As a small business owner, Komunieck admits that it would be too expensive for her to engage in a legal battle with the Kardashian’s brand even if she had the US trademark rights.

“I just don’t have that kind of money,” she said. “So it’s gone to the court of the public opinion.”

Dozens of Strong As A Mother supporters have taken to social media to call out Good American and Kardashian for their alleged copycat designs. 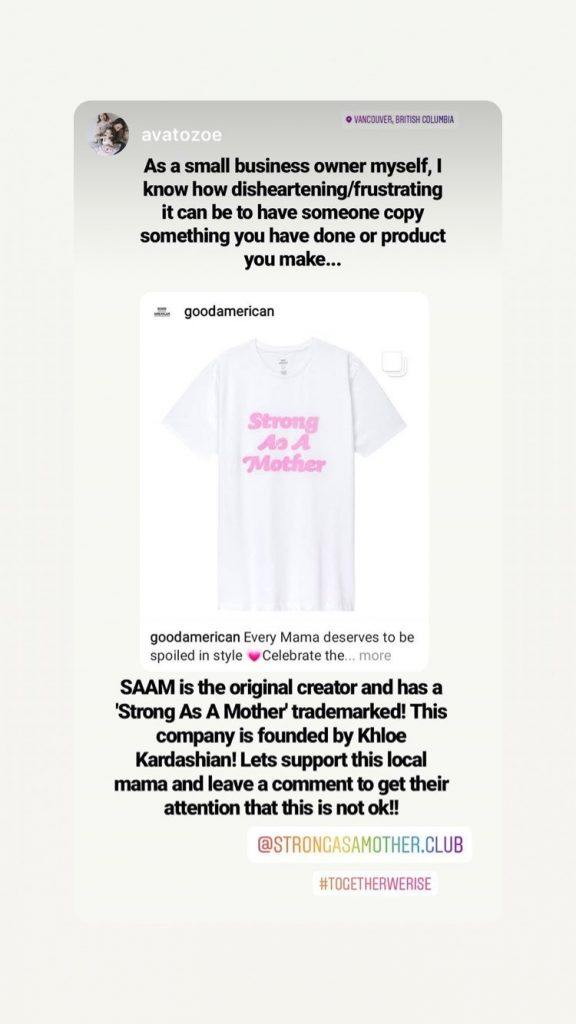 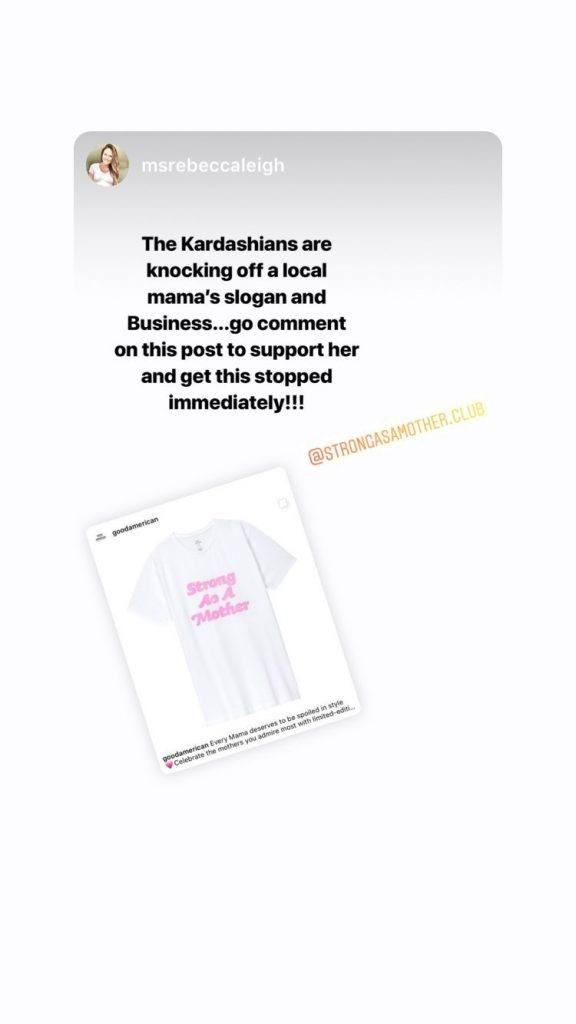 “If [Good American] is going to do this, I’m going to make noise about it,” said Komunieck.

“I do have amazing customers who really get what I’m trying to do — celebrating the strength that comes with motherhood.

Komunieck says that Good American’s ‘Strong As A Mother’ shirts are limited edition but she’s hoping that the brand will take notice. 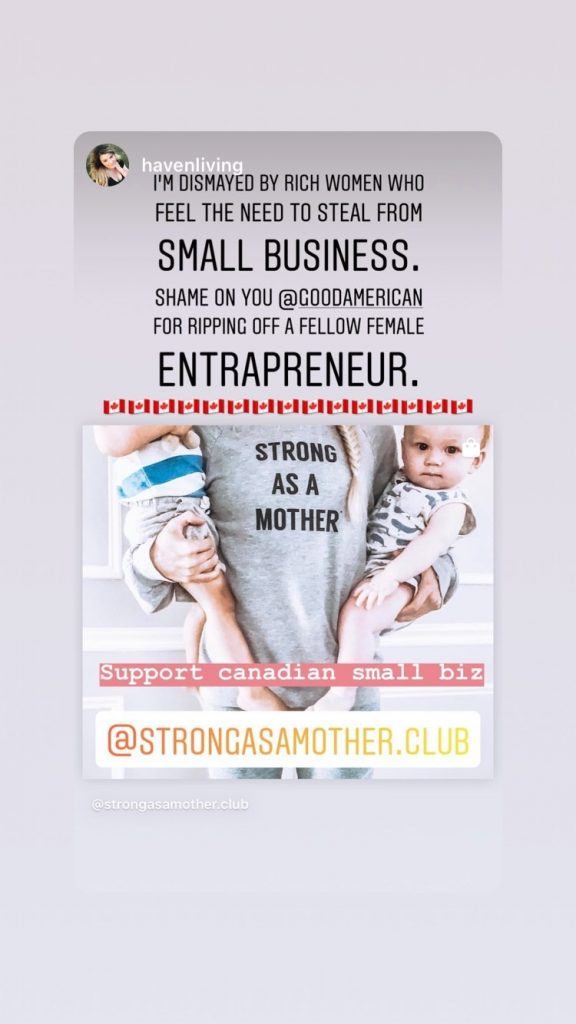 “I don’t think it’s game over for me. This is about the recognition that you can undo all of the work of someone who has put an investment of time, money, and hours and hours of hard work,” she said. “I’m going to keep doing what I’m doing.”