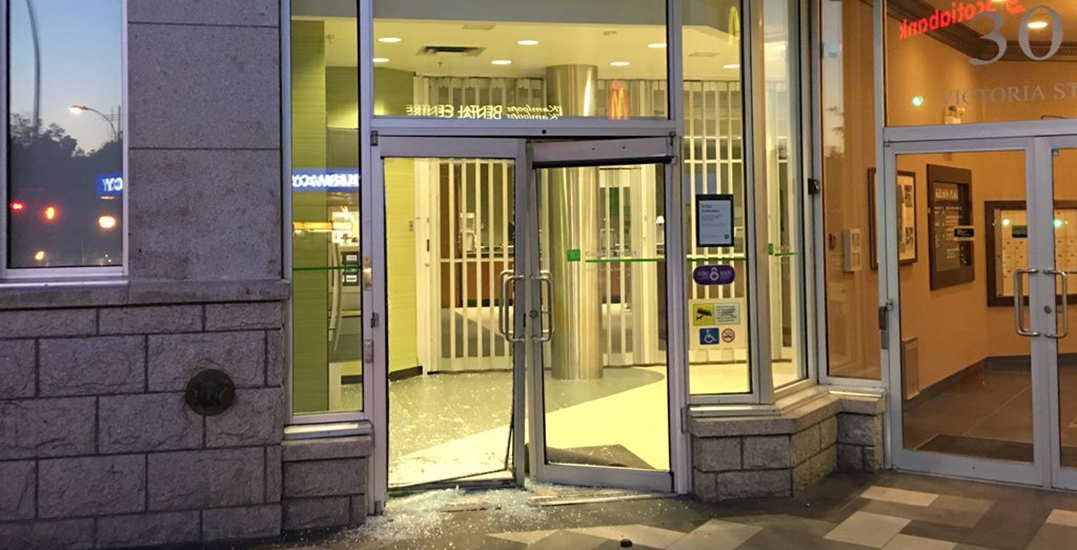 A man is being held in custody and is scheduled to appear in court on Tuesday, May 22, 2018, after causing reckless amounts of damage in Kamloops.

The incident took place on Monday, May 21, at approximately 8:30 pm when Kamloops RCMP received complaints of a vehicle that had backed up into the Bank of Montreal located on Columbia Street. 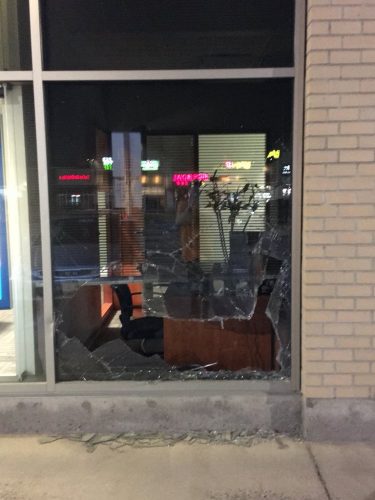 Shortly after the initial report, multiple calls were received by emergency services of the same vehicle smashing into several other businesses. 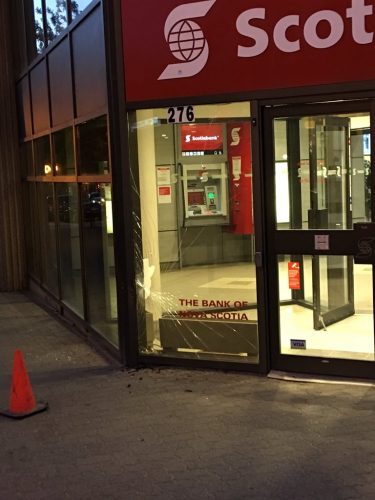 The vehicle in suspect was located in the Lansdowne Shopping Centre. The driver struck a  police vehicle while attempting to flee the scene. The vehicle was then stopped and the lone male occupant was taken into custody.

A release from the RCMP reveals that the suspect is 35-years-old. Although he was new to Kamloops, he was recognized by police due to prior encounters.

In total, the man rammed his vehicle into 11 different businesses. No entry was ever attempted and, fortunately, no one was injured in any of the collisions.