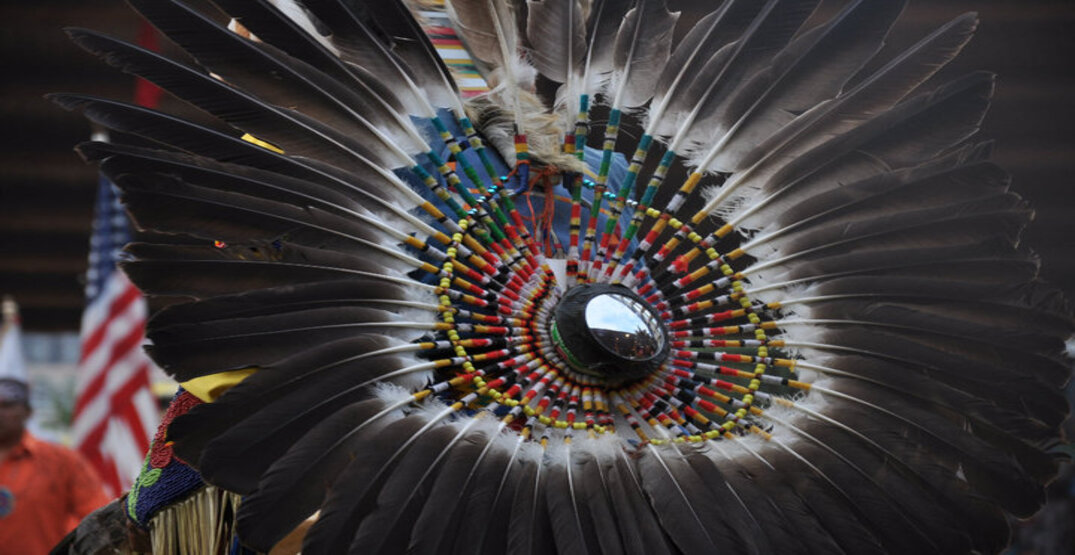 The society that organizes the Kamloopa Powwow has apologized after community members criticized this year’s participation rules for being exclusionary and outdated.

The rules for the event, posted to the Kamloopa Powwow Society’s (KPS) Facebook page, included items stipulating that all contestants “must be at least (1/4) Native Blood, proof of tribal identification/status may be required.”

The dance rules also said each contestant “must be in full regalia during competitions, grand entries, exhibitions/spot checks and to be the correct gender for that category.”

Kailyn Potts, an online influencer and two-spirit advocate, was one of many who took to social media to criticize the rules. His TikTok denouncing the requirements has been viewed over 238,000 times as of Friday afternoon.

@ohkairyn Kamloopa Pow Wow committee, what answer do you have for the countless gender diverse and sacred people youve excluded from your pow wow? This is not our way. Shame on you. #kamloopapowwow #powwow #twospirit ♬ original sound – Kairyn Potts

In his video, Potts said the society’s requirement for evidence that a person was 1/4 native “means that Kamloopa Powwow is enacting literal colonization tactics, blood quantum, to limit the amount of people that can join the powwow.”

And the rule calling for the “correct gender” to participate in competitions was unbelievable to Potts, he said.

“This is actually so heartbreaking and such a step backward for our community and is actively undoing a lot of the work that myself and many, many, many other advocates for the Two Spirit and Indigenous-queer community are putting in so much work and love and energy into. The Kamloopa Powwow committee really has no problem letting every single young person who is two-spirit or transgender or non-binary or any of these gender diversities, that they are not allowed to come. They cannot dance.”

Potts also added criticism for the KPS requirement for dancers to also be in full regalia. He said many dancers would be left out because they may not have access to full regalia — not to mention the intense summer heat in the area.

“Shame on you Kamloopa Powwow and to the entire Powwow committee who allowed this to happen. I feel embarrassed for you and very angry. Is this how you’re going to honor… the legacy of our children by doing things like this? This is not how we preach love. This is not how we foster community. This is the complete opposite.”

On Wednesday, KPS President Delyla Daniels posted a formal apology video saying, “My deepest sympathy to those who have been hurt and harmed in that posting.”

During the three-minute video, she explained the rules have been enforced for over 20 years and that in that period certain incidents have taken place, leading to the rules posted earlier in the week.

“One of my family members from my husband’s side attended our event and… an elder got up to speak about the woman’s jingle dress and how the gender needed to be corrected, that it needed to be the woman. And then the rules were changed from there,” she said.

“Then with respects to being a quarter, First Nations, at the time there was a young man who came over from Germany and he danced and he placed at our powwow which upset a few people. And as a result, we changed our rules to ensure that… we have a space for our Indigenous family to be able to contest and celebrate their culture.”

The KPS board has met to examine how it can move forward and make “our wrong, right.”

Since the posting was made, a number of people involved in the event pulled out. In reaction to this response, Daniels said “we respect your decisions.”

“Today we’re more open to acknowledge our two spirited and even who our Indigenous community — that it includes First Nations, Metis, and the Inuit people,” she said in the video.

An independent board that is separate from the Kamloops-area Tk’emlúps te Secwe̓pemc First Nation runs the event.

Criticism has continued to roll in after the apology online, with some people who said it’s not a safe place yet.

Another TikTok user, Fiona Moar, who has garnered over 10,000 views in a video saying she believes the apology from KPS “was lacklustre and void of emotion.”

Moar questioned KPS’s apology when Daniels because said she was “today” the group was open to recognizing the changes.

“Today this powwow? Because you are called out?” she questioned. “This was an HR response because the Indigenous community called you out as a whole and organizers and dancers pulled out from your event. They go on to say they don’t know how they’re recovered telling me they only cared because their business suffered. I just wonder how many other powwows uphold these kinds of roles? “

In a Facebook post from Kamloops Pride, it said it has heard from a number of people that identify as two-spirit, trans and non-binary, who were excited to attend their first Powwow “only to learn they are not included.”

“Two-spirit people were historically celebrated and valued in Indigenous culture, and these decisions don’t align with that. Many of the voices we are hearing are echoing the sentiments of how these rules and decisions stem from the white colonialism, patriarchy, and systemic issues that still oppress these communities.”

Kamloops Pride said it will be contacting the Kamloopa Powwow committee to share its concerns and is encouraging the committee to review and update its rules to intentionally include two-spirit, trans, and non-binary folks in the 2022 Kamloopa Powwow.

The pride organization is encouraging those affected by the decision or the posting of these rules and requires support to visit the Urban Native Youth Association or Trans Life Line websites for resources.