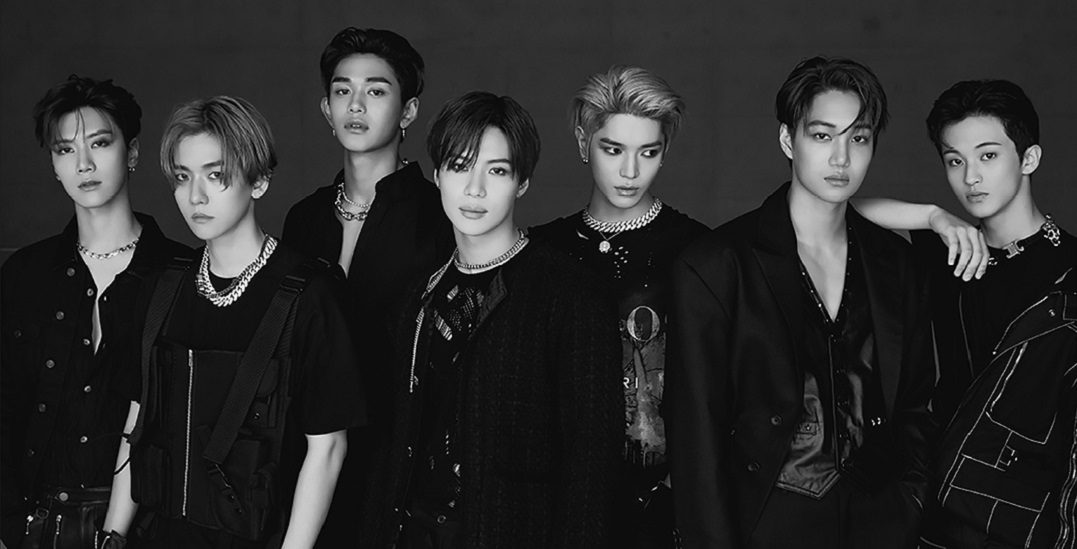 Performing at Madison Square Garden is one of those milestones that really proves a band has earned their stripes, and it’s not easy to do. If the show sells out, almost 21,000 people can fit into that venue, and that doesn’t even include all the people watching the show through streams or specials later on. It’s a big deal.

But for SuperM, a K-pop supergroup coming to Vancouver for the first time on February 6 (and hitting the stage at Madison Square Garden on November 19), playing to a crowd of that size is nothing new.

Even though this is their first tour ever, throughout their respective musical careers, they’ve performed for over seven million people around the globe.

Their newest album, The 1st Mini Album SuperM, is available for pre-order right now — along with a whole bunch of merch ranging from “augmented reality” t-shirts to limited edition vinyl pressings. You could buy early, or you could save on shipping by checking them out and picking up whatever you’d like when they come to Rogers Arena. Tickets start are available via Ticketmaster and are already going fast.

Although they’d usually be more expensive, the band is offering tickets at $50 plus fees for most of their shows in this series in celebration of their kickoff tour and first EP launch. For big fans, there’s a limited number of premium tickets available through purchasing a platinum or VIP package off of SuperM’s website, and every online purchase for tickets comes with a CD of The 1st Mini Album.

Vancouver is the last show of SuperM’s tour, so if you’re interested in going, trust that you’ll be able to see the concert series go out with a bang. It’s set to be a wild dance party and a memorable night of entertainment with some of the most talented performers to come out of Korea’s mainstream K-Pop scene.

The tour will be starting in Fort Worth, Texas before hitting Chicago, Atlanta, Washington, and New York. Going into 2020, they’ll also be playing in San Diego, Los Angeles, San Jose, and Seattle and then wrapping up in Vancouver.

SuperM: We Are the Future Tour