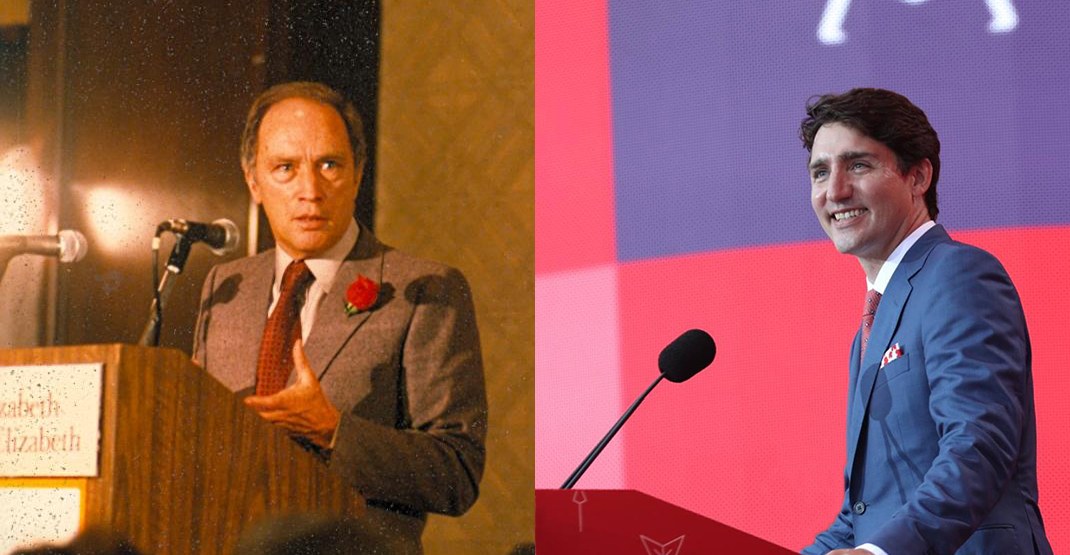 A charismatic Liberal prime minister named Trudeau facing the electorate with questions about whether he’s lived up to expectations. A Conservative leader known to be underestimated, but not exactly exciting. A New Democrat pitching voters on the idea government is too close to big business.

That was the 1972 federal election in a nutshell, and observers say while it looks like a nut that’s cracking open again for this fall’s campaign, there are distinct differences.

“Both were elected with a lot of promise and with support from young people and women, especially, and by the end of Pierre Trudeau’s first time in power a lot of that progressive promise had worn off and it looks like that could be the case with Justin Trudeau as well,” said Canadian historian David Blocker.

Both, for example, had promised to do politics differently. But by the end of his first term, Pierre was facing criticism that he was an aloof leader with government run by a narrow circle of unelected staff, said John English, his official biographer.

Justin, with his broken promise on electoral reform and the simmering SNC Lavalin scandal, is subject to the same scrutiny.

They still enter the campaign in different positions: the Liberals in 1972 were up 10 points in the polls, while today’s Liberals are running nearly neck-and-neck with the Conservatives.

As in 1972, the campaign will matter and Justin is better at it, said English.

“He’s very well briefed and he has a human empathy that Pierre didn’t have,” English said.

“Pierre’s iciness was legendary and it hurt him.”

The linkages on the Conservative side of history aren’t familial, but there is a sense of familiarity, said Marjory LeBreton, who worked in the Progressive Conservative campaign headquarters in 1972, the early part of a career in politics that would take her all the way to the Senate.

In 1972, leader Robert Stanfield, often described as affable, amiable or just plain boring, was running against Pierre Trudeau for a second time.

Conservative Leader Andrew Scheer will fight his first campaign against a Trudeau this fall, and is much younger and less experienced than Stanfield, a former Nova Scotia premier, was at the same point in 1972.

But their support comes from a similar place, LeBreton said.

“Mr. Stanfield, like Andrew Scheer, was smart, ethical, positive, decent, polite,” she said, qualities that stood in contrast with Trudeau’s celebrity wattage in 1972.

“And I think people – sick of all the phoniness – looked to someone like Mr. Stanfield who was clearly very serious about leading the country and the party.”

Then there’s the NDP.

In 1972, David Lewis was at the helm, and seized upon a message that found strong resonance among voters in the early days of that campaign: big business was too closely aligned to government and amounted to “corporate welfare bums.”

“Jagmeet is trying to position himself in a vein similar to what David Lewis did successfully in 1972 in terms of running a kind of populist, people-against-the-powerful-type message.”

Similar to Stanfield vs Scheer, however, Singh is a far less experienced politician than Lewis was at the time, Blocker notes.

There are parallels to 1972 beyond the personal.

American protectionism was a threat under Richard Nixon in 1972 and remains one under US President Donald Trump today.

Debates about bilingualism and official multiculturalism during Pierre Trudeau’s first term threatened Liberal support in Ontario and the West in a way that today’s debates on diversity might cost the Liberals, said English.

Quebec, Ontario and BC remain the battlegrounds they were then, though in 1972, the Progressive Conservatives had basically no support in Quebec and today’s Tories hold 11 seats.

There are also factors present now – the Green party, a far more diverse electorate, higher-tech campaigning tools and tactics – that didn’t exist at the time.

For example: the Progressive Conservatives in 1972, unarmed with the daily polling they have today, weren’t aware how much support they had, said LeBreton. It wasn’t until the last week of that campaign that they realized they might have a chance at forming government.

In the end, the 1972 Liberals ended up clinging to power in a minority Parliament by the skin of two seats.

Will the 2019 campaign end the same way? Polls suggest a minority for one party or another is a distinct possibility. But check back on October 21, 2019, the day of the vote.