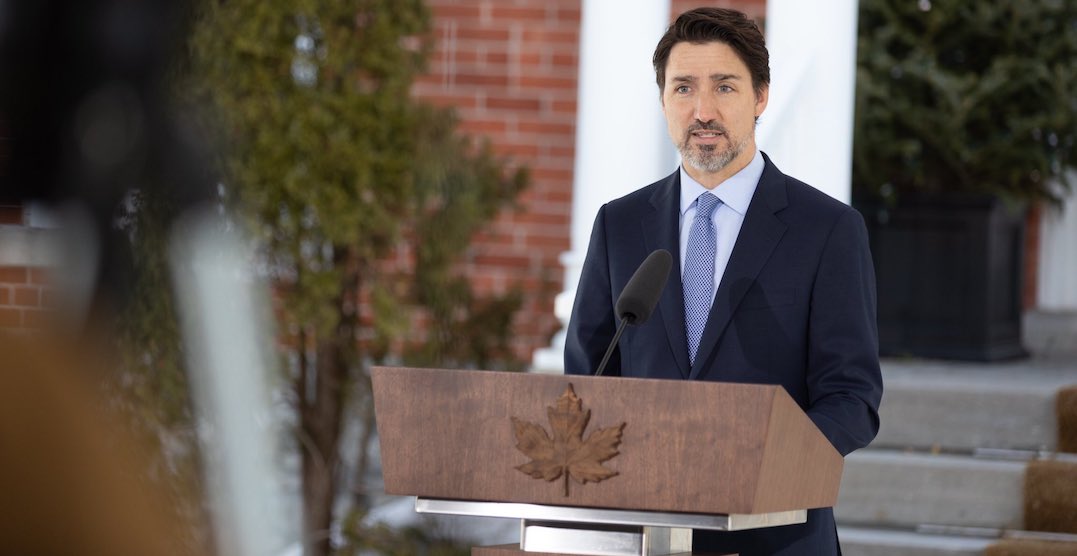 A text scam is going around about Canada’s Emergency Response Benefit, according to Prime Minister Justin Trudeau.

On Thursday, the prime minister said not to trust the texts, and to only rely on the Canadian government website for details about the new benefit.

As COVID-19 is a “global crisis,” Trudeau was on a call with the G20 this morning, as the group pledged to work together to make sure WHO and public health agencies have resources they need to fight the virus.

During his daily updates from Rideau Cottage, the prime minister was asked about a Global News report regarding US President Donald Trump putting military near Canadian borders. Trudeau said he wants to keep the borders demilitarized.

“Canada and the US have the longest unmilitarized border in the world,” said Trudeau. “We feel it needs to remain that way.”

This comes a day after Canada made it mandatory to self-isolate if arriving from abroad.

The mandate was because “some people have not been taking this seriously,” according to Trudeau.

“They’re getting together with friends after being away. This conduct isn’t just disappointing, it’s dangerous,” he said.

The new order is being implemented by the Canada Border Services Agency at points of entry, and was in effect at midnight, March 26.

“Failure to comply with this order is an offence under the Quarantine Act,” reads a statement from the government.

During his press conference, Trudeau was also asked about credit card rates for Canadians, and said the finance minister has had conversations with banks about rates.

“We recognize they’re a significant challenge for many Canadians at this point.”

The House of Commons passed the emergency bill for Canada’s $82 billion aid package for those affected by COVID-19 on Wednesday.