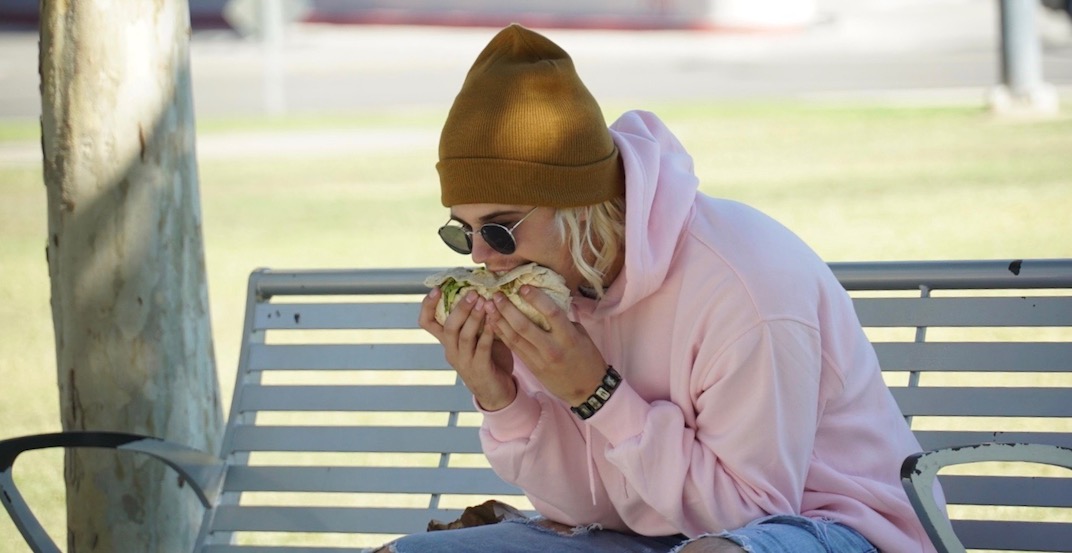 Editorial note: It was later revealed that this viral photo was staged and the individual posing as Justin Bieber was, in fact, a look-alike and not the pop star himself.

Some people say once you get married everything changes, and for Justin Bieber, it seems he’s completely forgotten how to eat a burrito the regular way.

The Despacito singer is getting ripped apart on Reddit after a photo of the A-lister was posted of him biting into the popular Mexican handheld from the side – straight to the middle of the wrap.

Biebs eating the hefty burrito sideways seems to have sparked confusion and chaos on the Internet, and reactions from Reddit users, the Twitter community, and other major media outlets have been relatively savage since the image popped up on the popular site on October 24.

Cannot trust Justin Bieber if he is eating burritos like this: @ChicksInTheOff pic.twitter.com/Dl6DSmlEpD

The way Justin Bieber is eating this burrito will haunt me for the rest of my life. pic.twitter.com/UCZHvD57XF

all the things we choose to get outraged by and yet we let Justin Bieber eat burritos like this! pic.twitter.com/9CFAjN7k84

There were, however, a handful of folks that asked the rest of the world to just let the pop star enjoy the damn burrito. Some responses gave us the feels.

I, for one, applaud Justin Bieber for eating his burrito like a goddamned freak: https://t.co/IPXMjT3Ui2 pic.twitter.com/BXGfSgYXLi

i refuse to shame justin bieber because he chooses a rebellious way to eat a burrito. the kid grew up famous with nobody telling him how to act or live….of course some strange ideas slipped through.