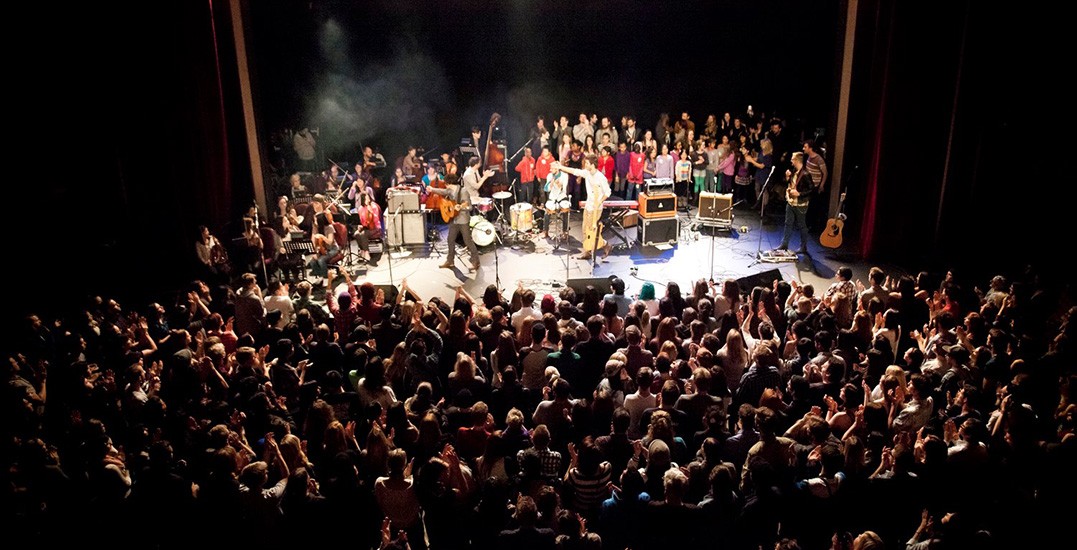 This week, Vancouver’s acclaimed charity concert series will make a return to the Vogue Theatre for a special event to kick off JUNOs week.

#SingItFwd was an annual event that began in 2011 and ran till 2016. The charity concert raised money every year for the Saint James Music Academy (SJMA). 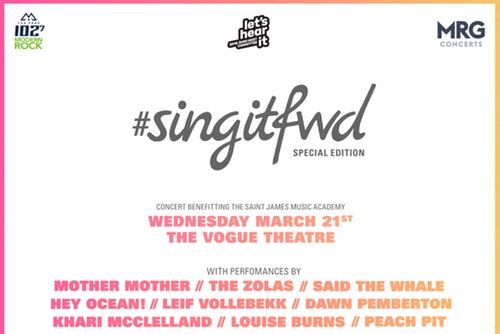 On Wednesday, March 21, the concert will return to Vancouver for a special JUNOs edition performance. The line-up will feature a handful of current and former JUNO nominees as well as a number of up-and-coming artists:

The event is being put on to raise funds and awareness for the SJMA, a non-profit music school that supports over 300 children in Vancouver’s Downtown East Side. From 2011 to 2016, the concerts sold out six shows and raised over $200,000.

Tickets for the all ages show are available online starting at $25 for students and $35 for regular admission. Doors open at 6 pm and the show begins at 7 pm.