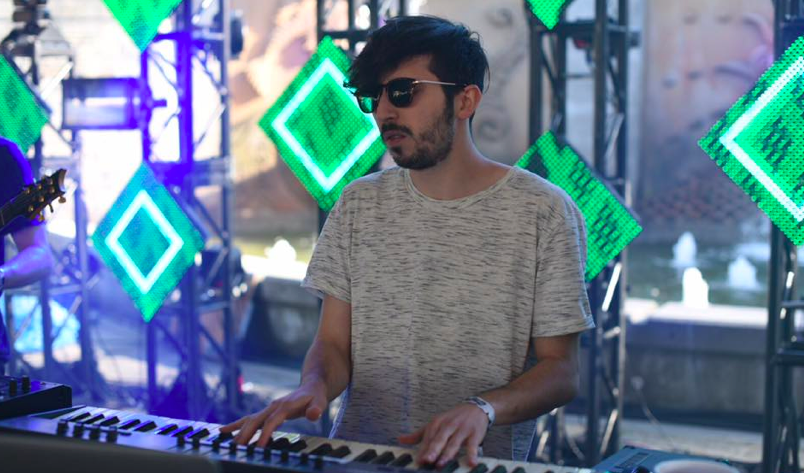 One of the world’s most celebrated tracks of the year was produced by a young, multi-talented Vancouverite.

The track, Anderson .Paak’s “Am I Wrong,” has been played over 7 million times across streaming platforms, and is one of .Paak’s leading singles this year. But before it was chart topping, “Am I Wrong” was being created by David Pimentel, known in the music world as Pomo.

If you’ve heard the name, it’s probably because Pomo is one of the most respected (and nicest) producers in Canada, or maybe it is because he won the 2016 Juno’s for Electronic Album of The Year. Either way, having toured globally, and currently on tour with Anderson .Paak, Pomo is no stranger to the industry. And once upon a time, in a not-so-distant past, the multi-instrumentalist was in a local rap group, Panther & The Supafly, where he played keyboards.

“We were doing a lot of gigs in Vancouver and it got to a point where we wanted to try something new. We wanted to move to a new city thinking starting again in a new scene would be a good idea, so the whole band drove across Canada,” Pomo said. “We played shows across Canada, got to Montreal and eventually the band broke up.”

And the timing couldn’t have been more perfect for Pomo. He had arrived in Montreal four years ago, at the peak of when the electronic scene was using new platforms like Soundcloud. “I got there at a good time,” Pomo told Daily Hive. “It was really happening in Montreal. Kay (Kaytranada) was there. He was still Kaytradamus then. We would see each other all the time, bounce ideas, and it was just a really cool city to be doing that type of music in. That definitely took me to the next level.” Pomo, who grew up in Port Moody, said that his years in Montreal were what helped him get touring. “That was a big time for me.” 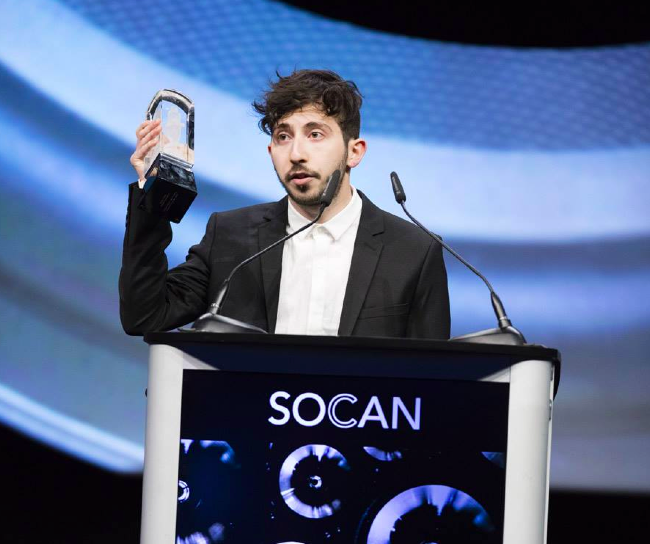 But as much as he loved Montreal, Pomo recently moved back to Vancouver to be closer to his family and friends. “It’s not the greatest city for feeling inspired musically,” he said, speaking of Vancouver. “It’s an inspiring city in terms of being gorgeous and there’s so much to do in nature. With music here, there aren’t many people to meet and network with.”

With that said, Pomo still spends quite a bit of time on the road – allowing him to continue to experiment with tracks and other producers. We caught up with him recently after his live set at FVDED In The Park, which was a one-off local festival date during his four-month tour with .Paak, ending in September.

His relationship with .Paak began back in 2014, on Twitter out of all places. While in Montreal, Pomo began exchanging Twitter messages with .Paak, and he proceeded to create the demo for “Am I Wrong,” which .Paak loved. “It was dope because the demo was so rough. The idea was there, but it sound so unpolished,” Pomo said. After a few back and forths, including a rap recording by School Boy Q and the addition of horns, the product was a clean sounding hit. “It was a slow evolution, but did really well on the record,” he said.

And now that the guys are all on the same tour, they have built a small studio on their tour bus, allowing them to collaborate and inspire one another while on the road. “It’s been cool because on the bus, we made a mini studio in the back. So we’re making beats at the back of the bus. We’re all just making shit together, it’s so fun. They are all music lovers through and through, they are great guys,” Pomo said, admitting how much of a fan he is of .Paak’s (and who isn’t these days, really?).

Whatever Pomo is doing, from his live set to his beat productions, it seems to be working for the young Vancouverite. And with this massive tour underway, it will be all eyes on Pomo to see what he’s up to next.

Pomo returns to Vancouver to open for Anderson .Paak on September 4 at The Vogue Theatre. Tickets are not yet on sale, but we expect this one will sell out. 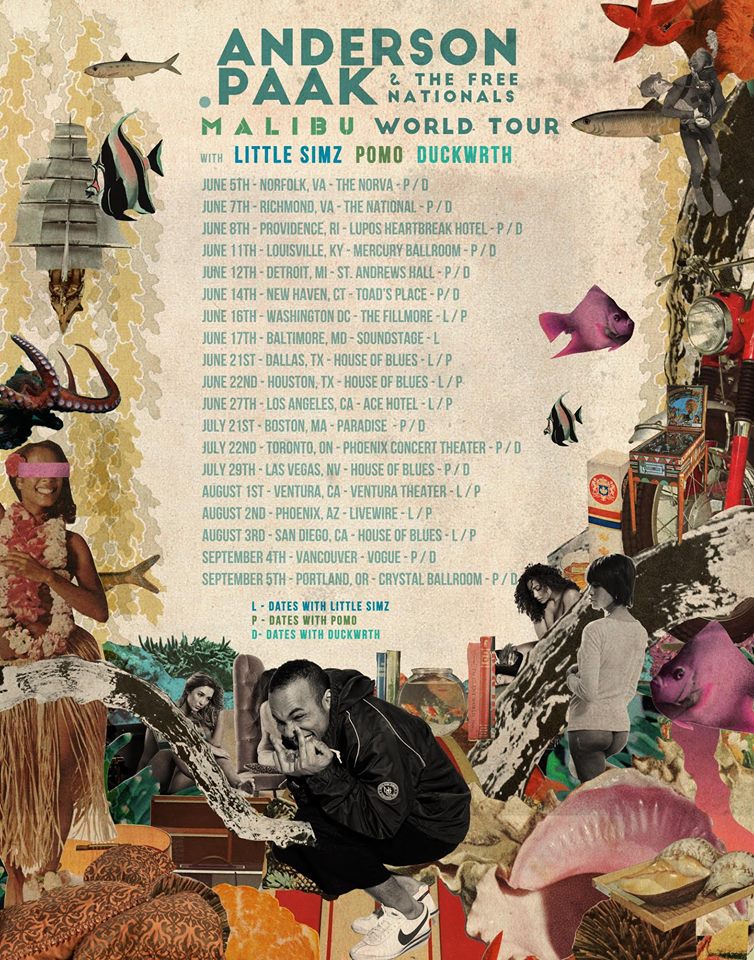