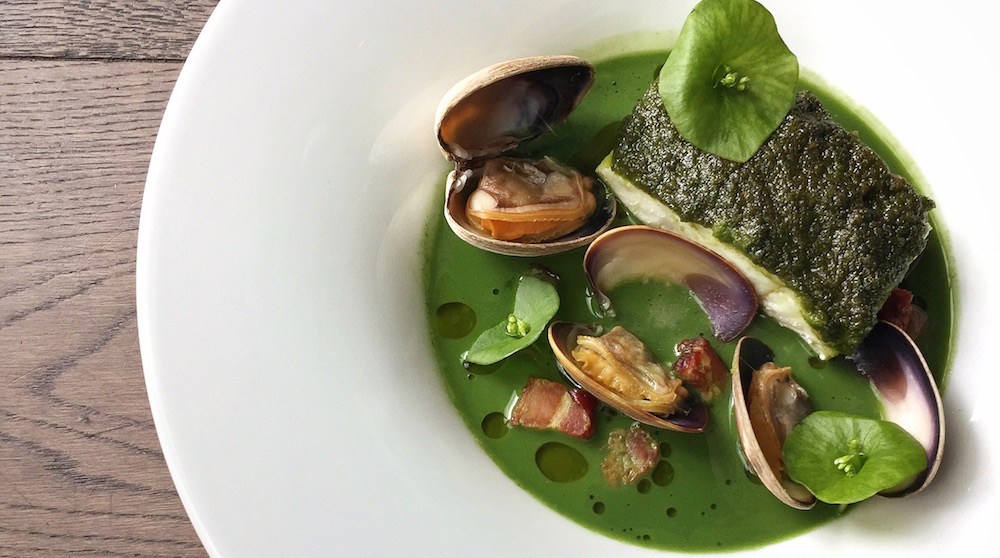 A new chef means a new chapter for a restaurant, and a new leaf has been turned behind the stoves at Juniper, the Chinatown hot spot known for its exciting gin-focused bar program and Pacific Northwest eats.

Opened in late 2015, Juniper’s opening chef was the talented Sarah Stewart, who brought her Ontario roots to the table at the seasonally-driven restaurant with a Cascadian heart. Now there’s a native Vancouverite in the kitchen writing the menu and executing several tantalizing new dishes that emphasize what’s best and what’s local.

Chef Josh Gale, who has places like Wildebeest and Nicli’s Next Door on his resume, has been heading up the kitchen at Juniper since January, and his creative, inspired, very Vancouver food is ample reason to get a table and give the restaurant another taste. 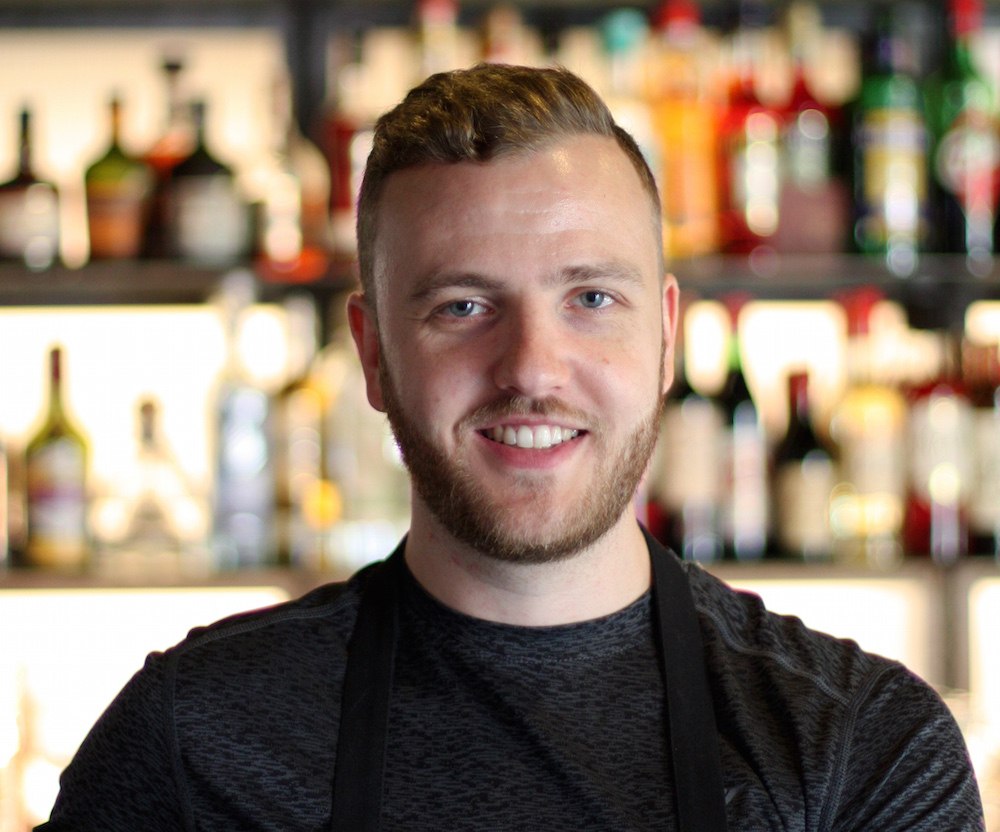 Gale says his goal from the get-go has been to make good on Juniper’s promise to deliver the narrower focus of fare from the PacNW. “I was born and raised in Vancouver, and I love it here. My food echoes that, and is really a statement of where I am. I want to show off what Vancouver means to me, and what my experience has been.”

So what does that mean? That means the Juniper menu is a celebration of all things regional, from game meats to the more familiar items like chicken, duck, and beef.

“A lot of people aren’t necessarily aware of it, but we have some of the best proteins in the province,” attests Gale, pointing to beef from Pemberton, Fraser Valley ducks, or pork and lamb from Abbotsford. “From all these suppliers I have the privilege of working with, we can get the highest quality meat you can get in the country.”

And of course, it wouldn’t be very Vancouver without the vast range of produce that grows in the region–from the inspiring list of fresh spring greens Gale is now seeing from area farms, or the wild greens he encounters when out for a day-off walk on the seawall.

Given the bounty that Gale gets to work with, it’s no wonder diners have been seeing some really adventurous dishes (that pay off in taste, to boot) on the ever-evolving menu. One of winter’s greatest hits was Gale’s exploration that pushes the boundaries of “surf and turf” as he paired tender charred octopus with rich, sultry bone marrow. 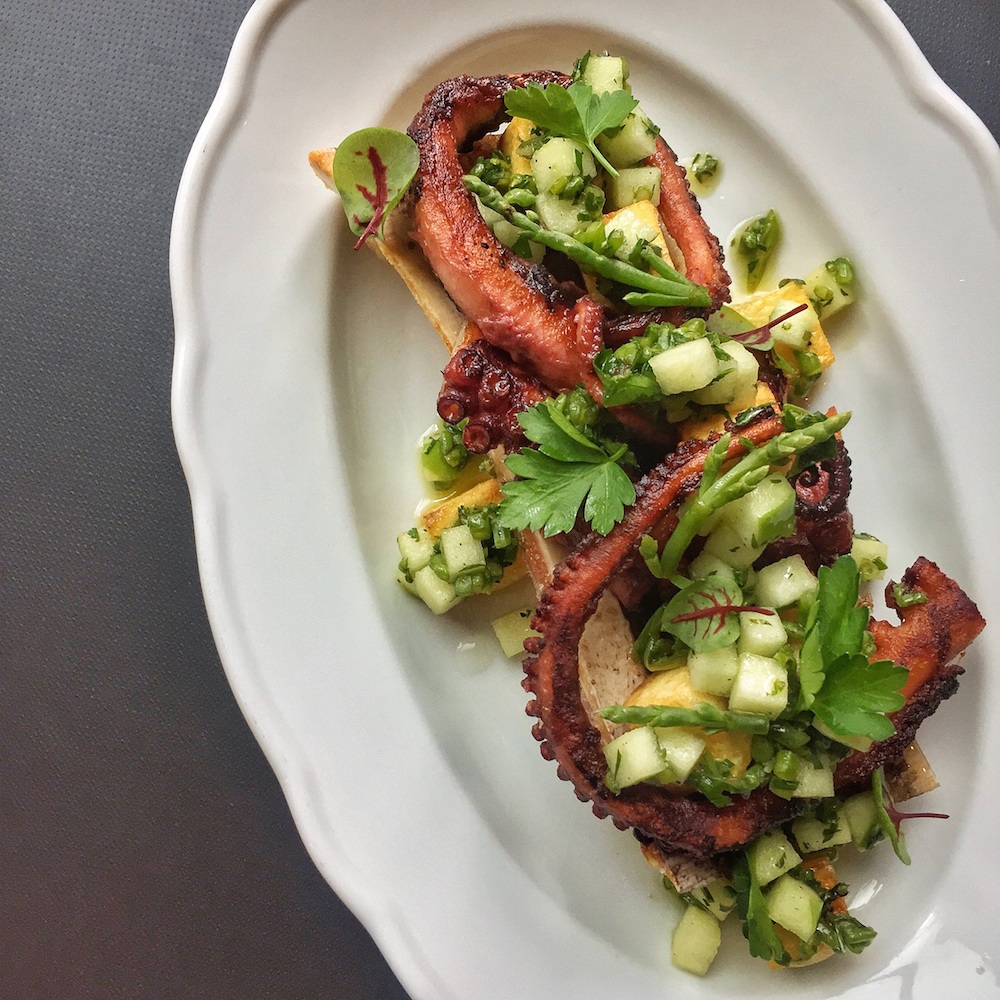 Chef Gale calls this the “sleeper dish” of his debut Juniper menu, and remembers it being one of many that came about as he thought about his new dishes for his new post while kicking back over the holidays in Costa Rica.

Looking for a contemporary approach to the common dish trope, Gale says he loves the meshing of land and sea, and in his version, “the combo feels weird but makes sense,” noting the similarities in the octopus tentacles and the succulent, juicy nature of roasted bone marrow–which, for those not familiar, can be best described as meat butter.

While it’s time to say farewell to Juniper’s heartier late-winter fare, be certain that Gale is getting ready to put out plates celebrating all things spring. “Peas, favas, beans, more soft green elements, early season mustard greens, little radishes…” lists off the chef, also adding that there’s halibut season on its way, along with an array of wild edibles he sources from Vancouver Island: “Flowers, pine needles, and more, all hyper reflective of Vancouver and the west coast, and what’s growing right now.”

“I get so into the seasonality,” laughs Gale. 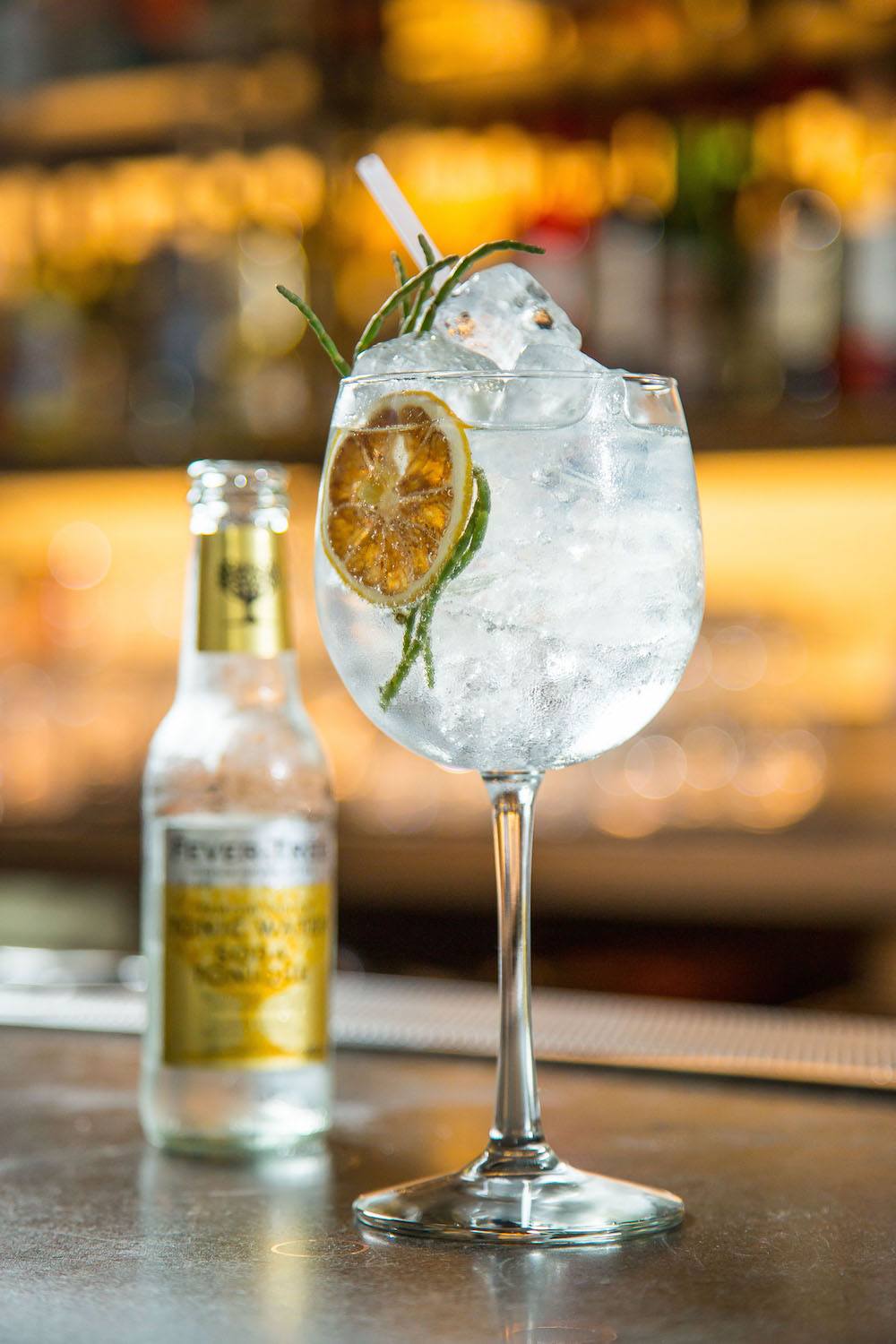 To pair with the new dishes are new drinks, of course. Max Borrowman is behind the bar at Juniper now, and the two realms are really in sync with flavour profiles (think the restaurant’s namesake juniper berries in drinks and in dishes). Plus they are building housemade kombuchas, and debuting a new Happy Hour menu with drinks and small plates.

Spring, indeed, is the perfect time for a fresh start, and Juniper is really getting a boost from Gale.

“For me as a chef, a lot of the job is being a curator–finding incredible producers and farmers and using their products without transforming them too much.”