A new mural celebrating the power and exuberance of joy in motion has gone up in a Chinatown alley.

Photographer Eyoälha Baker’s “Jump For Joy” project showcases her vibrant images of people springing into the air. The mural covers a wall in an alley at 161 E. Pender just west of Main Street–an area that surely benefits from the colourful, uplifting interjection of joyous expression. 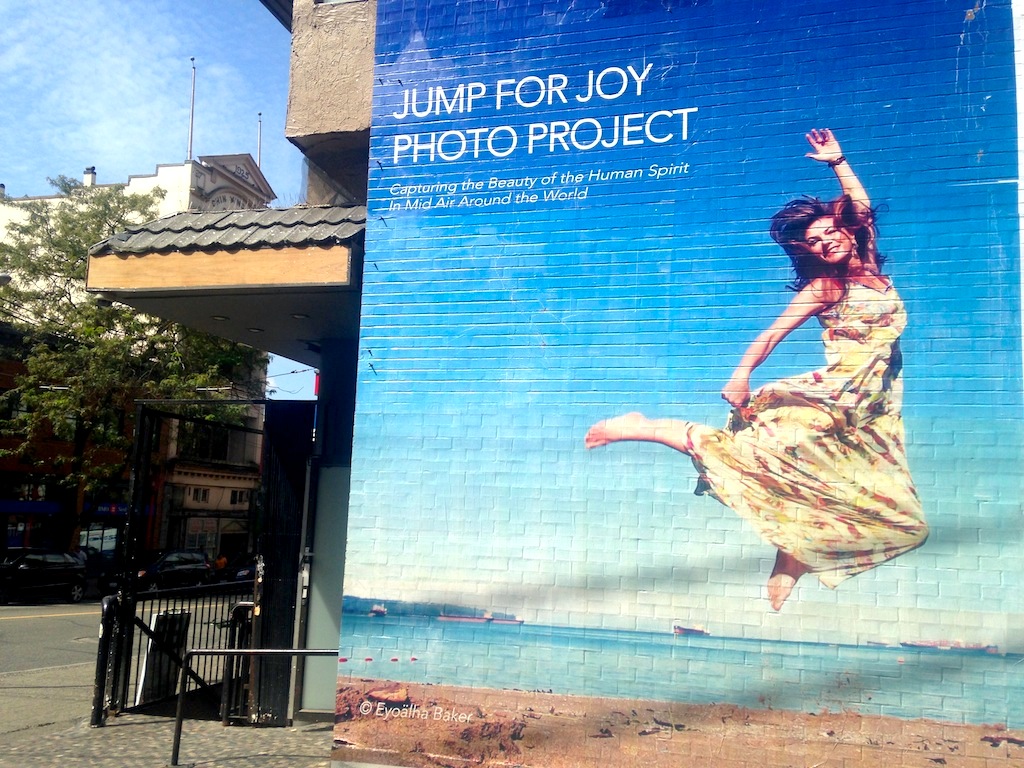 We contacted Baker via e-mail to find out more about the inspiration for this project and what it is bringing to the streets of Vancouver.

Vancity Buzz: When did you begin collecting the jump for joy photos?
Eyoälha Baker: I have been taking jump for joy photos around Vancouver over the past two years. I also have photos form California, Hawaii, Germany, Mexico, and Greece but this mural in particular is only people in Vancouver and the lover mainland – oh and two from Whistler.

When you started taking the photos was a mural like this the end result you envisioned?
When I began the Jump for Joy Photo Project, my main goal was to raise money to complete a book of 1,000 people jumping for joy around the world, which I am still working towards.

A few months ago, I was introduced to Amalia Liapis Founder of Murality.org (and owner of the building the mural is on). She did a jump for joy shoot with me and we had immediate interest in each others’ projects. She invited me to create a mural if I could raise the funds to do it… of course I jumped at the opportunity. I successfully raised the funds with a Kickstarter campaign thanks to amazing support from contributors. The Jump for Joy Photo Mural is the first mural on the wall; Amalia intends to host a new mural every year. 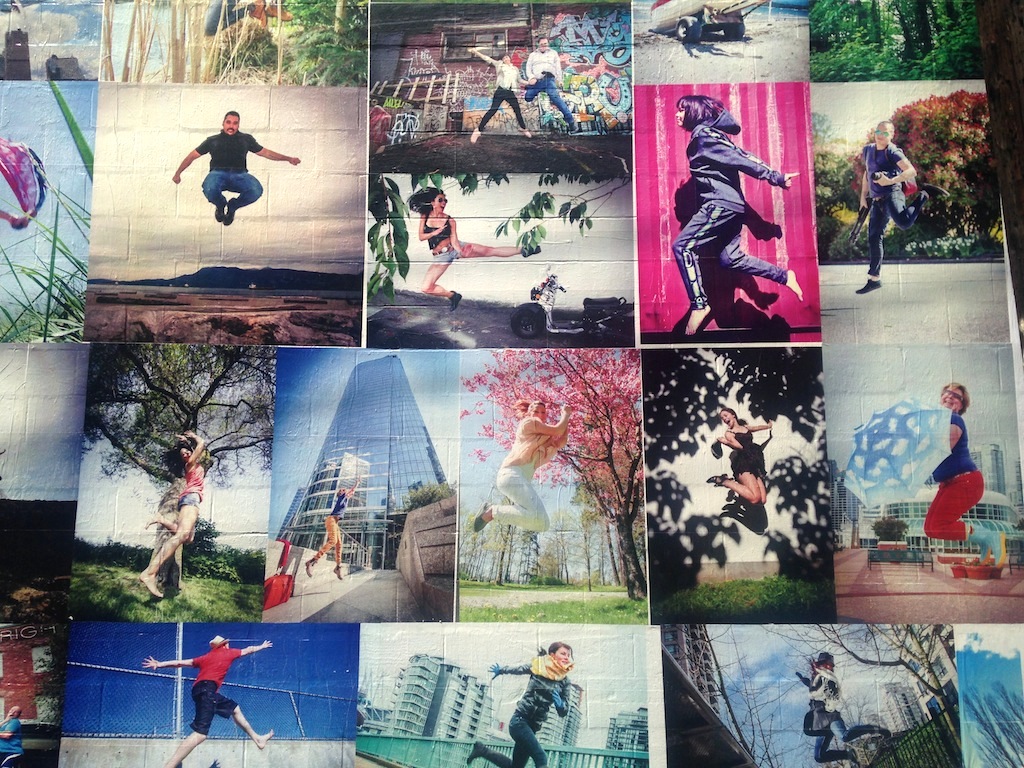 Who are the people in the photos? Have they seen the mural yet?
When I started taking photos it was mainly friends and family, friends of friends, [and] recommendations to others soon followed. I also began reaching out to people who I found inspiring or seemed like they would have fun expressing themselves for the shoots. Some of the people contacted me and/or pledged through the fund-raising campaign to be on the wall. Some of the people have seen it and I’ve had wonderful feedback so far.

How did your mural come to be in this particular location? Do you think this area needs more joy?
I was invited by Amalia, the building owner. I think every area needs more joy…this area in particular could use some positive uplifting energy for sure. People in the area seem to love it; I had incredible support from people in the area while I was putting it up. People cheered me on, brought me food and drinks, and volunteered their time to help out. It was truly a heartwarming experience creating this work.

What do you hope the residents of and visitors to Vancouver get out of your mural?
I hope that people feel the amount of love and joyful energy that went into creating the mural. Every person who jumped with me is sharing joy with the viewers. I hope that energy is felt and shared. I would also love to see more people inspired to create, to see that it’s possible to create something beautiful from nothing but an idea that can have a positive effect on others. 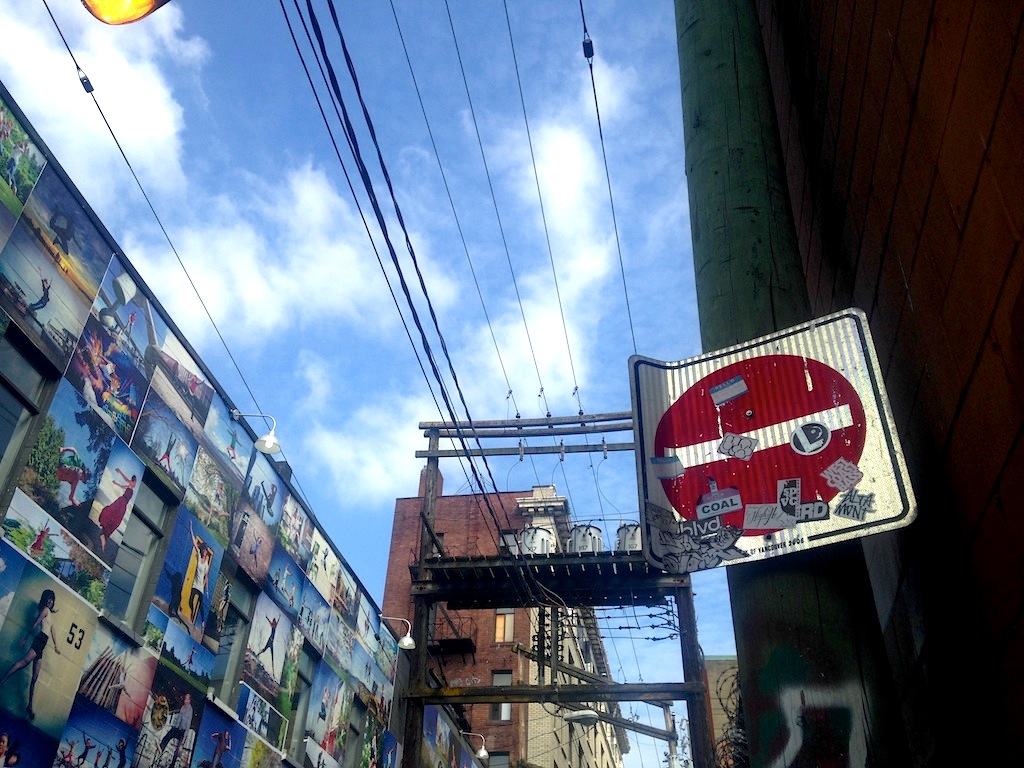 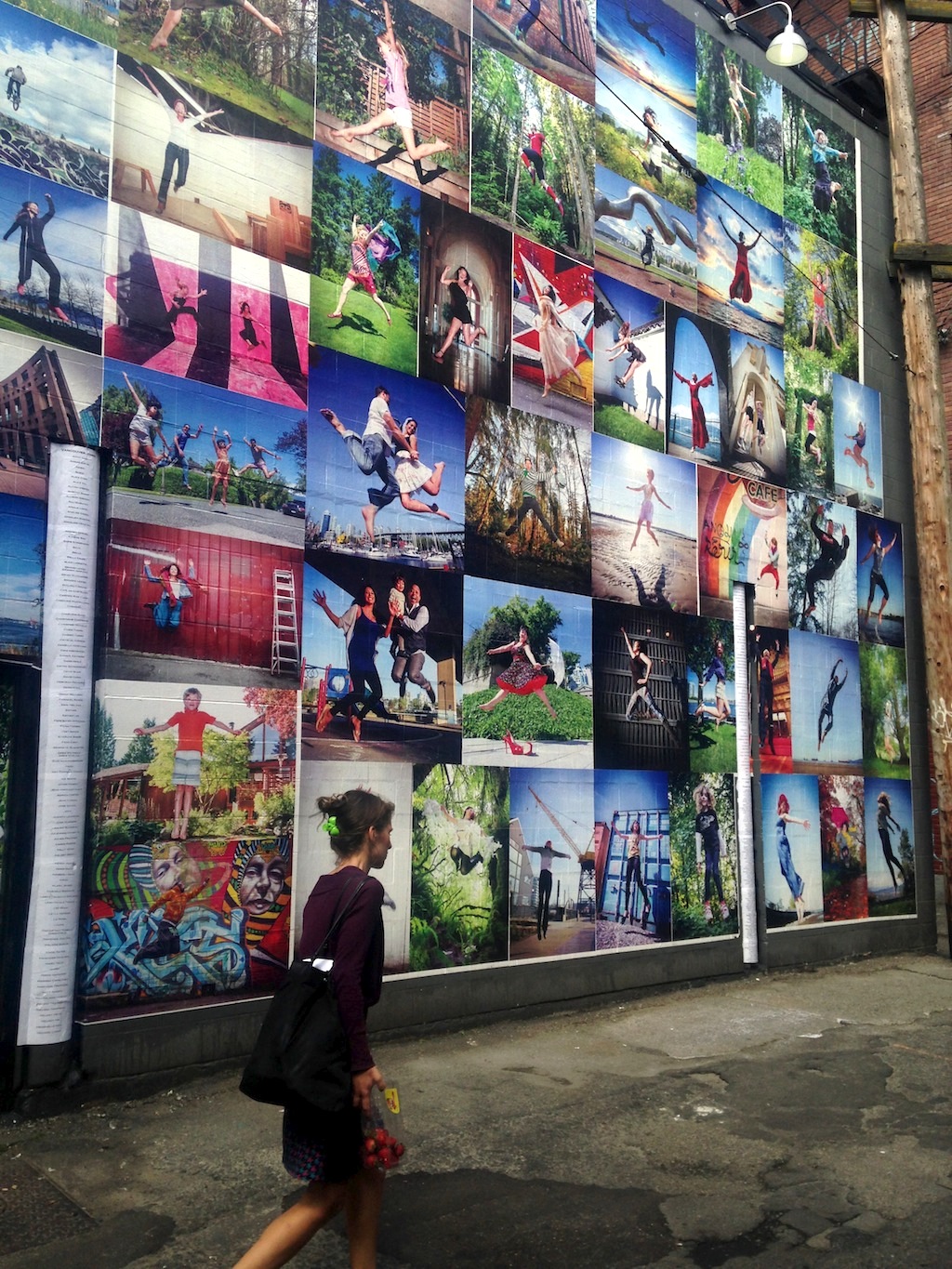 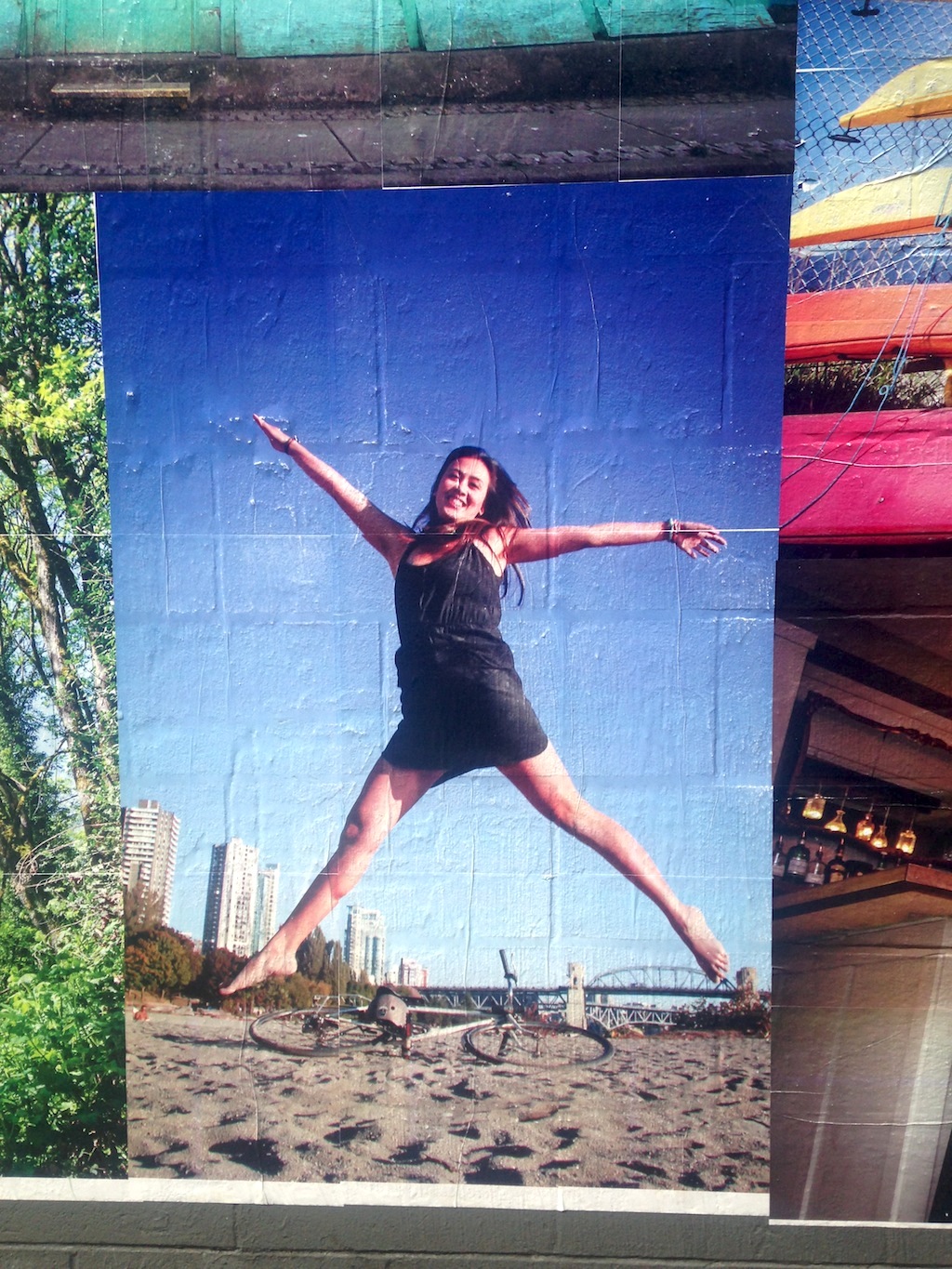 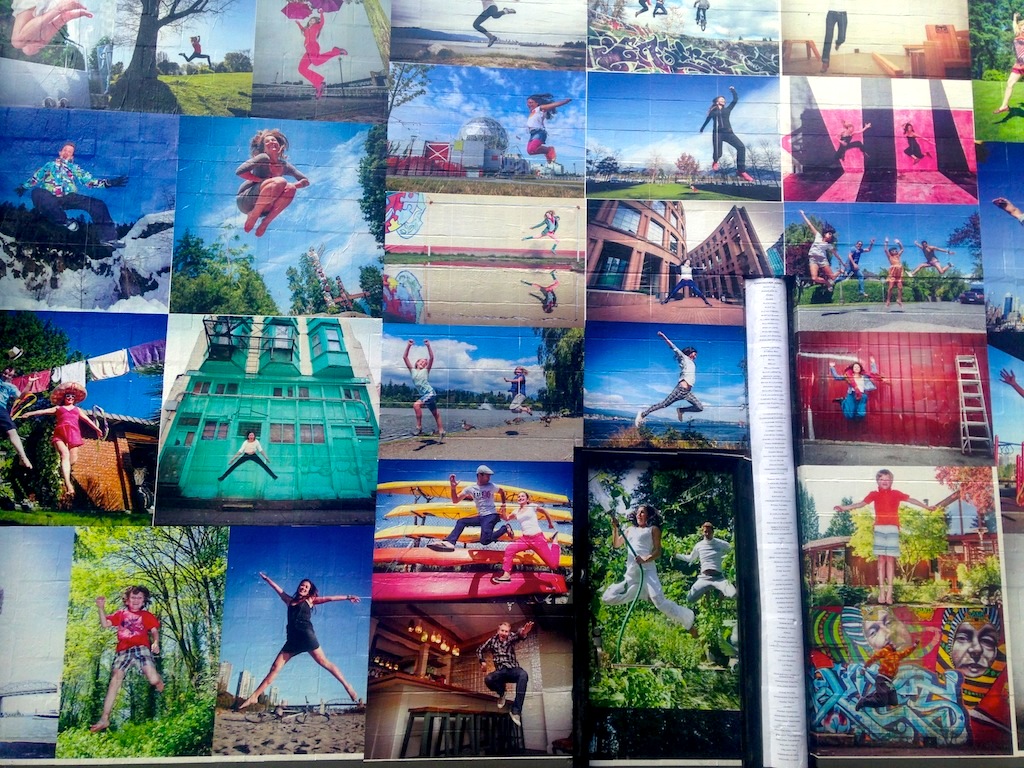 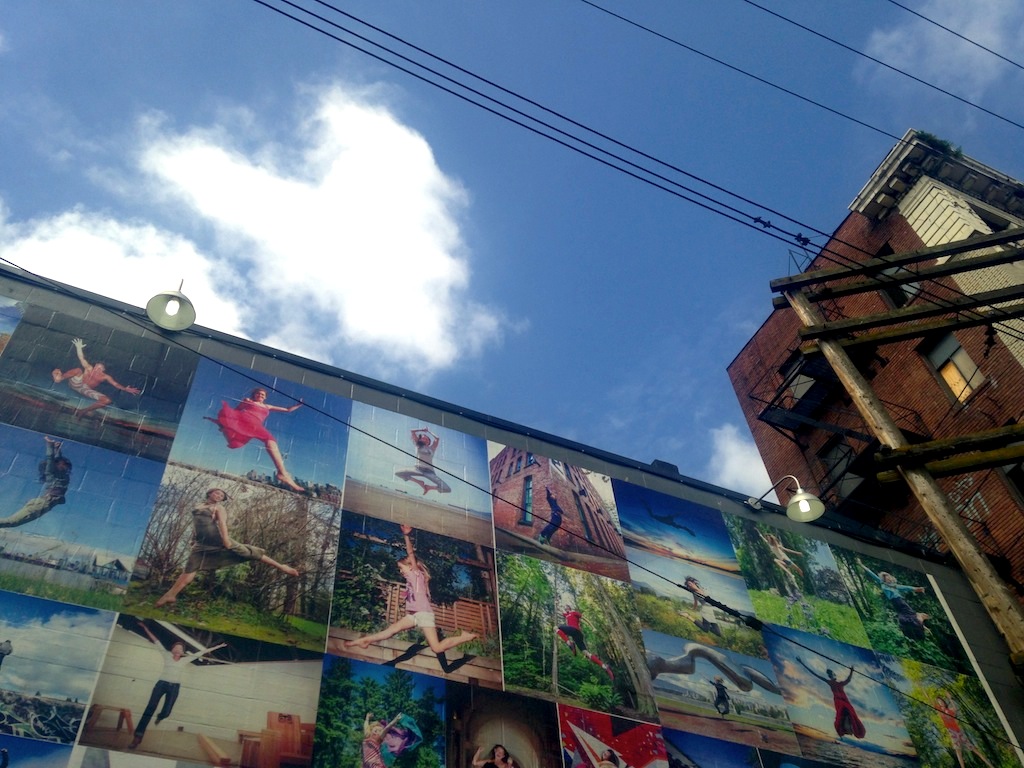 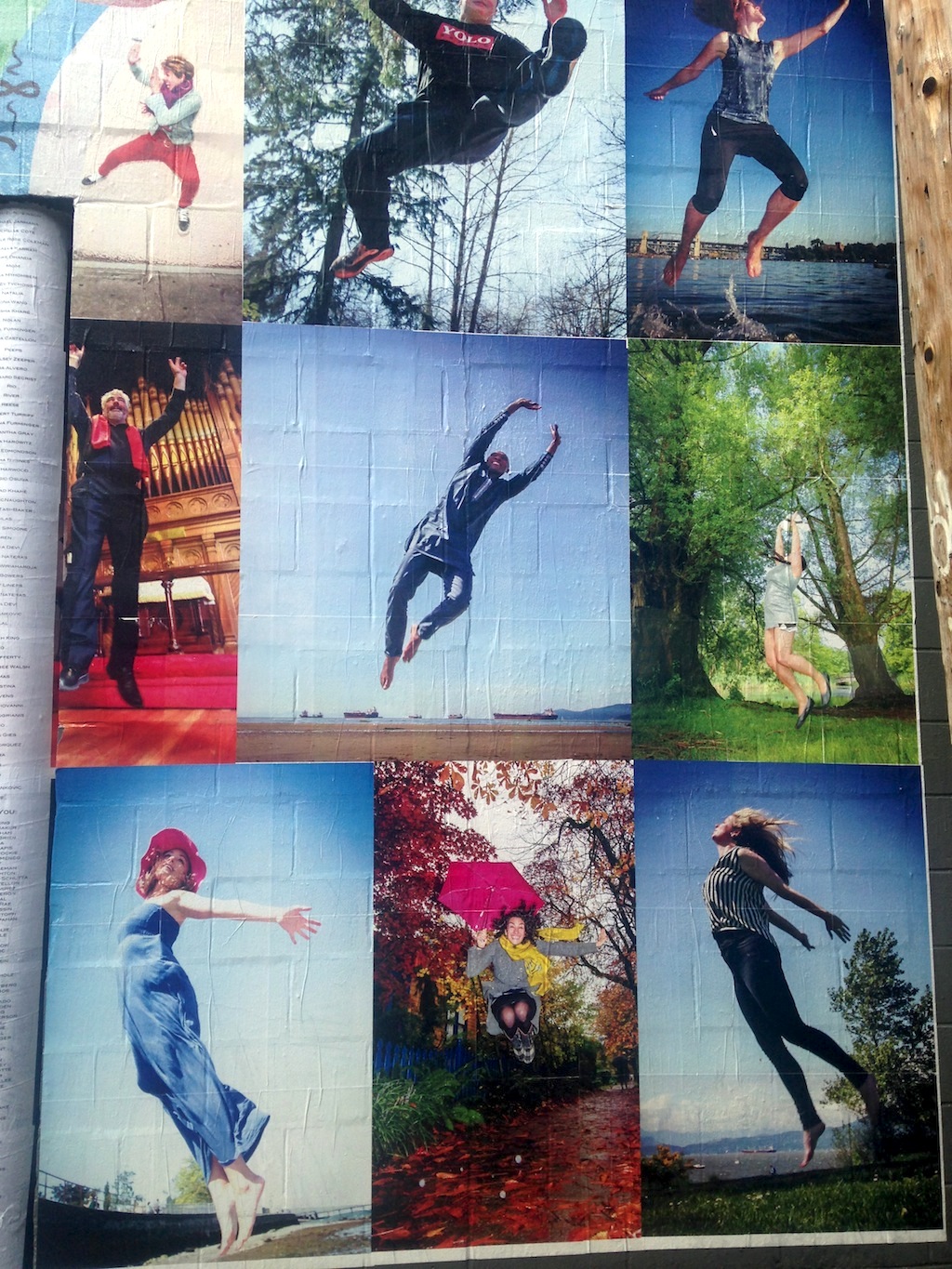 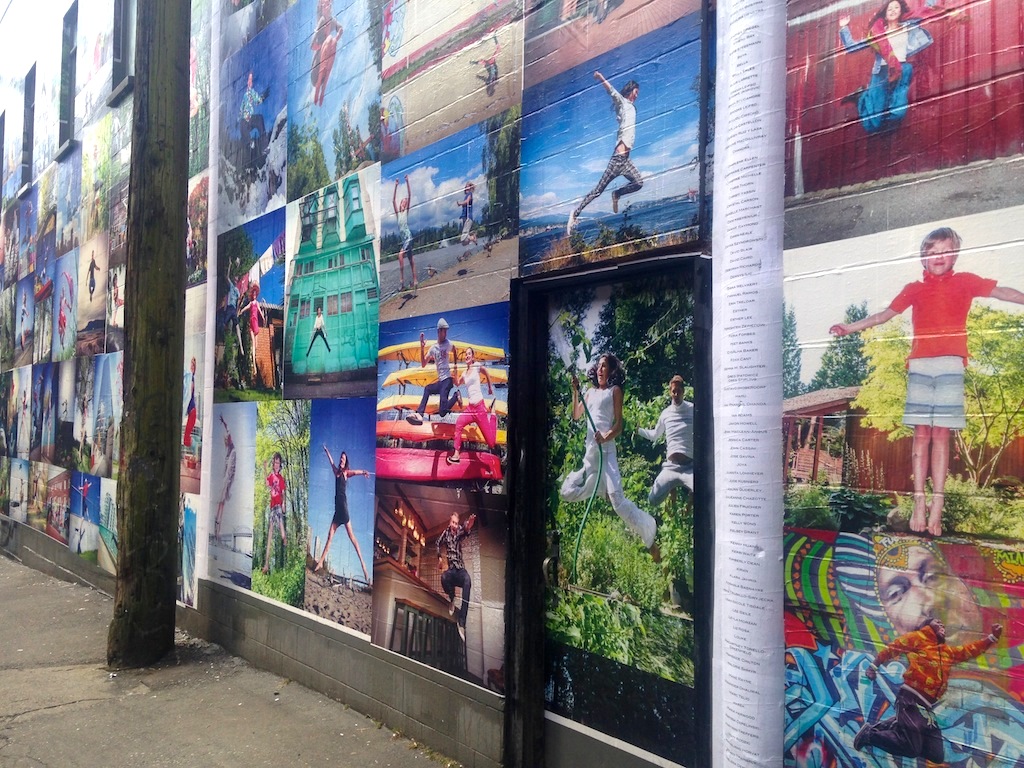 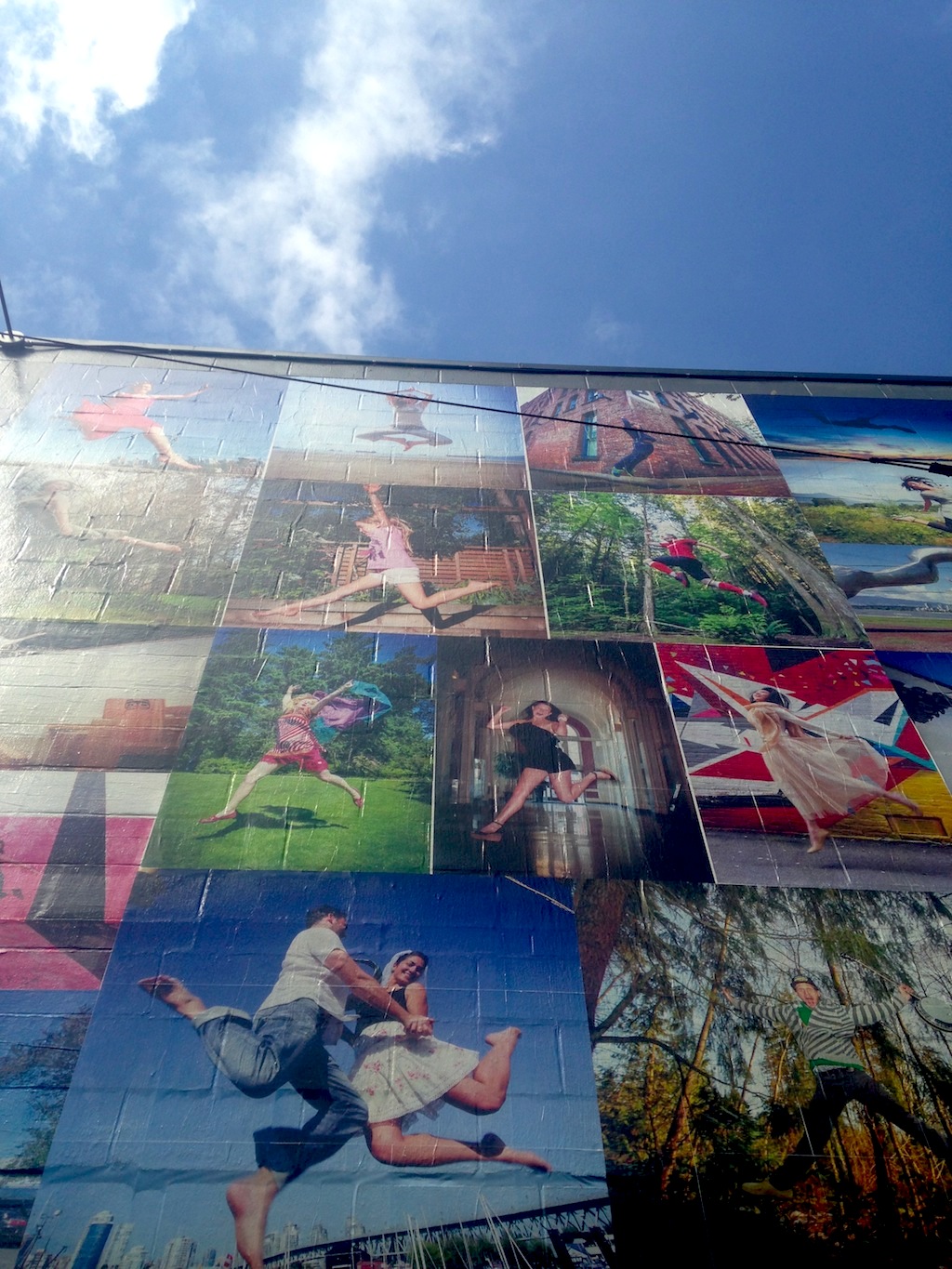 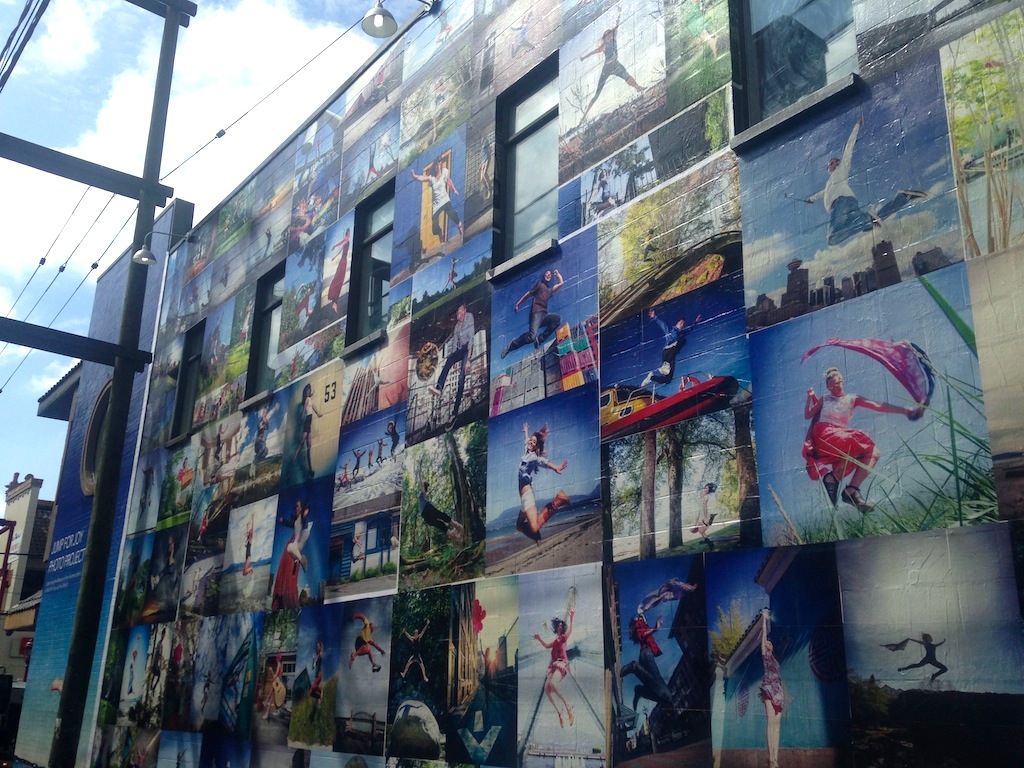 People who visit the mural are encouraged to jump for joy themselves in front of the artwork and have their photo taken, with the results shared on social media.