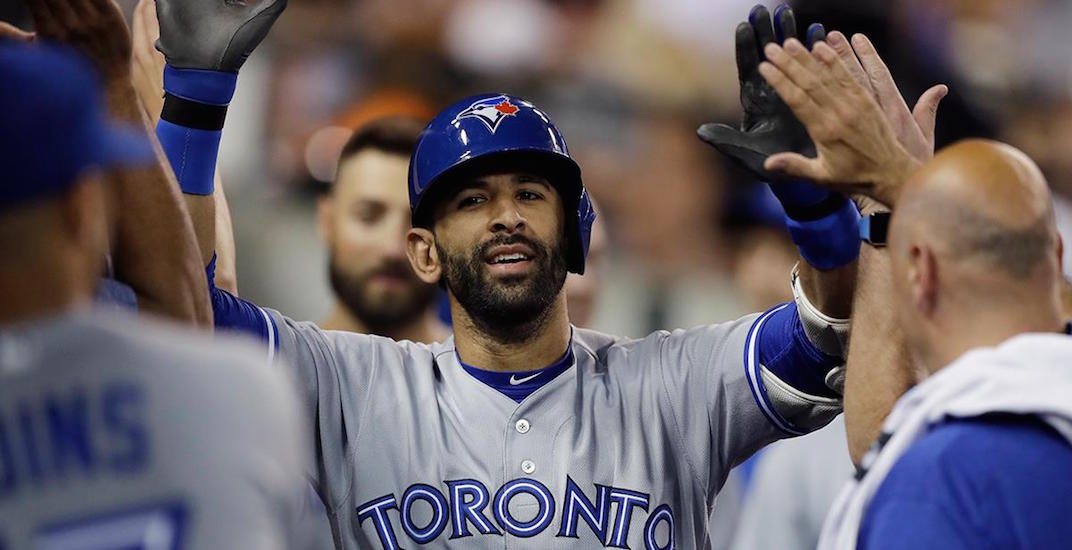 The Toronto Blue Jays have lost four games in a row, and now sit six games back of the playoffs with seven teams in their way.

Any hope of making the playoffs is surely now gone, with just 37 games remaining.

Shortstop Troy Tulowitzki is out for the remainder of the year, Russell Martin remains on the disabled list, and Jose Bautista is having his worst full season as a member of the club.

Bautista’s contract includes a $17 million mutual option for the 2018 season, but the Jays are expected to decline and pursue a younger alternative to play right field next season.

Since 2010, Bautista has been the face of the Toronto Blue Jays. But now at age 37, those days are more than likely coming to an end.

So enjoy your last looks at Joey Bats in a Blue Jays uniform.

Here’s a look back at one of the best players in Blue Jays history.

Before being the most influential baseball player in franchise history, Bautista bounced around from the Majors. His claim to fame to begin his career was that his rights were held by five organizations at various times during the 2004 season.

The Dominican Republic native found his footing with the Pittsburgh Pirates as their starting third baseman in 2006, but was eventually traded to Toronto at the 2008 trade deadline after struggling offensively that season.

The player he was traded for, Robinson Diaz, ended up playing just 44 career big league games.

Late in the 2009 season, Bautista saw full-time action with the Jays. He was starting to maximize his pull power, by starting his swing with his now well-known high leg kick.

The following year, it all came together.

Entering the 2011 campaign, the popular question in many baseball circles was this: Is Jose Bautista a one-year wonder?

The answer? A resounding no.

Bautista led the league in home runs, walks, slugging percentage, and OPS in 2011.

Although his range in the outfield was less than ideal, his arm made up for it. Check out this sensational play from 2014 where he throws out a runner at first.

Jays fans love him, everyone hates him.

Bautista’s relationship with umpires and opposing players has certainly been rocky. This developed him into one of MLB’s biggest heels.

Here are a just a few glimpses of Joey Bats showing his bad boy side before his most iconic moment.

The peak of Joey Bats

Finally surrounded by a strong nucleus of talent, Bautista and the Blue Jays qualified for the playoffs for the first time 22 years.

Game 5 of the ALDS not only cemented Jose Bautista’s legacy as a member of the Toronto Blue Jays, but as a villain in baseaball.

It turned out to be the series-winning home run, helping Toronto advance to the ALCS.

Everything has gone wrong for the Blue Jays. From injuries, blown leads, to the deterioration of Joey Bats.

His stats are below average. While he continues to draw walks, his bat speed and power are both down. Bautista simply can’t turn on a pitch like he used to.

Age catches up to everybody and it has caught up to the veteran slugger. Fans know it, and he knows it too.

Bautista will go down as one of the greatest hitters that the Blue Jays ever had. He sits second all-time in franchise history for home runs and third in RBIs.

Not only should Jays fans cherish the final chapter of Bautista’s tenure as a Blue Jay, but baseball aficionados in general should as well.