Jordan Cooper is a self-taught graphite illustrator from New Westminster. In elementary school his mind would wander far, but he discovered that drawing geometric patterns brought his attention to one point. He could listen and retain more information better with a pencil in his hand than fighting desperately to focus on the teacher’s voice. Instead of taking notes in written form, he would draw pictures to give meanings to terms, and to help him understand what was being taught.

This will be his first show; a series of works that explore the boundless moment between an inhale and an exhale where Jordan Cooper contemplates the similarities between music and art.

I’ve read that music is number in time, and that art is number in space.
Both give off a particular vibratory rate -but the song is moving, & the art is frozen.
A person’s art is like frozen music. My illustrations are like frozen songs.
Some like a song because of how it sounds.
Some like a song because of how it makes them feel.
Some like an illustration for what they see.
But some like it for what it makes them feel.
I was going for a feeling — A particular feeling;
Quiet. Calm. The small rest between inhaling and exhaling. 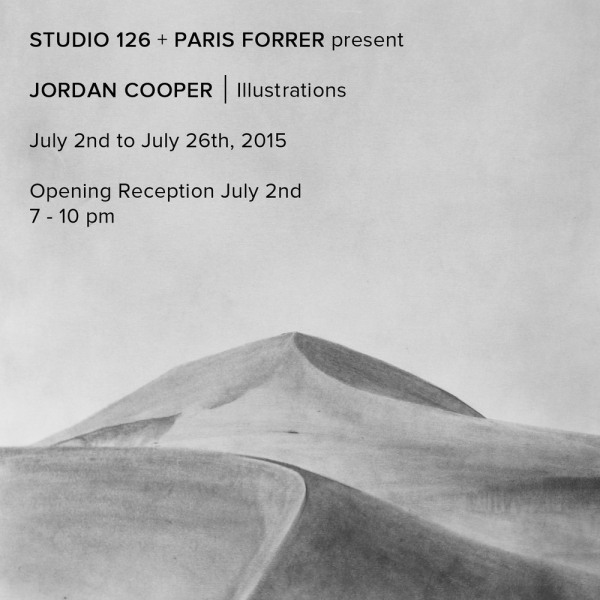 The opening reception will include light refreshments, a cash bar with beer, wine & vodka lemonade for adults 19+, and a musical appearance by Ben Rowley. Please RSVP if you’d like to attend.