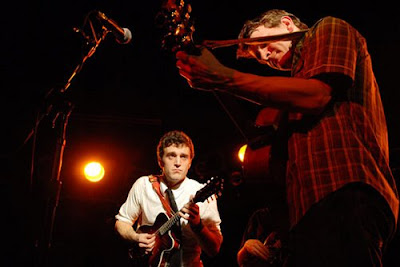 Having developed from its origins as the duo of Jon Middleton (Guitar/Vocals) and Roy Vizer (Drums/Percussion) into a four-piece band, with the addition of long time accompanist Dougal Bain Maclean on Violin/Mandolin and friend Ryan Tonelli on bass, the band has sought a new approach in their songwriting. This they found immediately with the new sounds and rhythms that came from writing as a bigger band.

And so Jon and Roy bring you Homes, an album which took eight months to finish, from its start in a small basement rehearsal space, along its path as it became the greater sum of its parts, and into its fruition through the analog and digital ways of modern recording. This is a collection of fourteen meticulously crafted songs in the continuing vein of Jon and Roy, an album that ventures into new territory as the band evolves and grows. On April 14th 2010 this album will find its way into the stores and airwaves and a new chapter in the story of Jon and Roy will begin. Enjoy.