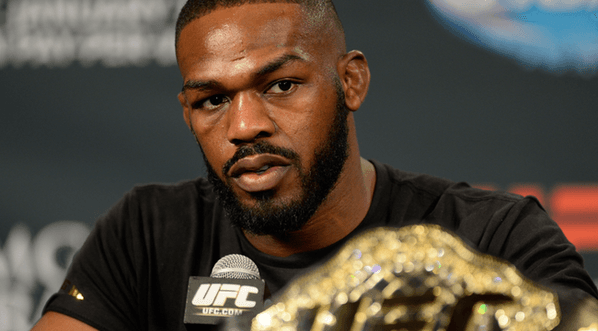 Jon Jones’ toughest opponent to date continues to be himself.

Jones, considered one of, if not the, best pound-for-pound fighters in MMA, finds himself in trouble once again. This time in the form of a failed out of competition drug test, reportedly taken June 16th of this year.

Many people, myself included, assumed it was another recreational drug use failure. Jones of course once failed a drug test for cocaine, and so the obvious conclusion to draw was that he simply fell back into his nose candy ways.

But as Iain Kidd goes over at Bloody Elbow, the odds of it being cocaine related was quite low.

What many people don’t realize is that when Jones ‘failed’ his previous drug test for cocaine, he actually received no punishment from the Nevada Athletic Commission, who ordered the test. He received no fine or suspension from them. This is because his samples should never have been tested for cocaine in the first place, as it is perfectly within the WADA/USADA rules to use cocaine outside of competition.

And sure enough, at the press conference today, his manager Malki Kawa confirmed as such:

Malki Kawa: This last 24 hours has been a whirlwind. We just found out it was a potential PED violation. We deny that.

Kawa: It is a metabolite and there are certain things we’re looking into now.

Now, anytime steroids enter the mix, there is usually a certain routine all athletes follow.

Deny, deny, deny, wag your finger angrily if you’re Rafael Palmeiro, deny, deny, then eventually claim it must have been something you took unaware. Supplements are usually the go to move, or if you’re Barry Bonds, make up cool mysterious names for it. “The clear” and “the cream” are two of my personal favourites.

That doesn’t mean Jon Jones is guilty of cheating intentionally mind you. It’s just in today’s day and age, we have seen numerous high profile athletes deny deny deny only to find out they live in a castle of lies. Lance Armstrong is perhaps the poster child of how to viciously defend your legacy from being accused of cheating despite in fact being a cheater. It has hardened people to the point where we no longer believe you’re innocent until proven guilty when it comes to steroids. Hell, you can look like you put on a couple of pounds of muscle and people will start screaming “ROIDS!” It’s an uphill battle to prove you’re a clean fighter at the best of times, unless you’re Roy Nelson.

But let’s play nice, and let’s assume Jon Jones didn’t cheat intentionally. Let’s just say he took the wrong supplement. That also comes with its share of eye rolls because if you’re a professional athlete, subject to drug tests, you should be aware of everything you’re putting in your body. Your entire career can be derailed by failing a test, so it only makes sense you’d want to keep track of anything that could hurt you.

So, what does this mean for Jones?

Kawa: Jones has had eight USADA tests since December and all have come back clean except one.

Kawa: I’m under the impression we’ll get the B sample results tonight.

They’ll test the B sample, as they should. Not all labs are immune to botched tests. Things will get very interesting if that sample comes back clean. If it doesn’t, though?

Jones: Being labeled like this is the worst thing that has happened in my career.

It’s true. There is probably nothing worse that can happen to your legacy in sports than being labelled a cheater. It stains all future wins. It stains past wins too. Unfair or not, anytime you win, people will, jokingly or not, talk about steroids. Hell, even if the B sample clears, some people will still have that link to Jon Jones and steroids in their minds.

Even worse, he could be banned from fighting for up to two years. For a fighter in his prime years (he’s 28-years-old), already having lost time due to outside the octagon issues, this would be another huge blow for a man who once had such high career aspirations as holding belts in two weight classes.

He also failed the test on the worst pay-per-view possible. UFC 200 is Dana White’s baby, and with rumours of the UFC possibly being for sale, there is nothing Dana White would want less than losing a main event on his biggest PPV to date, to steroid allegations. Dana White, if you’ve noticed, tends to hold grudges, so it might be a long long trek back to being in title contention for Jon Jones.

And this doesn’t even get into the impact on Daniel Cormier, the man who stood to validate his legacy, the man who worked so hard to hone his fighting game, to prove he could beat Jones. That, too, has been taken from Cormier, which has to be a devastating blow for him.

Still, we shall see how this plays out. The B sample still has to be tested. Jones’ team has to offer up an explanation as to how this got into Jones’ system. There are many miles left to walk before we know the full impact of the situation.

So until then, we get to watch Brock Lesnar move up to the main event in his fight against Mark Hunt. Main eventing UFC 100, and now UFC 200. The only thing Brock could do to top this would be if he F5’D Mark Hunt for the win.

And for the love of god, don’t test positive for anything Brock.