Stanley Park’s biggest rock concert takes place this summer, featuring none other than Jon Bon Jovi and The Kings of Suburbia.

Considering whether you should get tickets? Here are five reasons you have to be there:

1. It’s a rare opportunity to see Jon Bon Jovi performing for the first time ever with The Kings of Suburbia in Vancouver. Fans are flying from all over the world to see this unique concert.

2. The rock legend is coming to the beautiful Stanley Park in one of Vancouver’s most anticipated live music event of the year.

3. Rock out in style at this once in a lifetime event with fine foods and beverages, shuttle services, a deluxe VIP option and comfortable seating.

5. During the concert, all guests will be able to join a revolutionary new movement that is starting here in Vancouver, and going global – raising money for a good cause through sharing photos on social media. With an amazing new social media app called Pixhug, Bon Jovi fans can help Imagine1day raise $100,000 to build schools in Ethiopia in just one night. 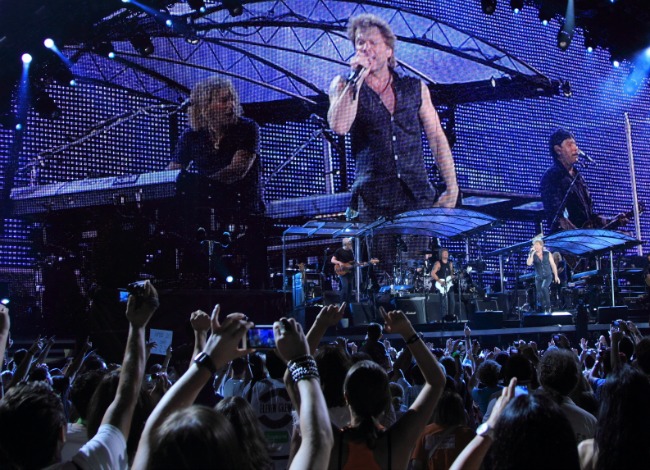 “An Evening With Jon Bon Jovi & The Kings Of Suburbia” is brought to you by Paper Rain Performances, whose mandate is to present the world’s greatest artists in the world’s grandest outdoor settings. By combining three key components consisting of: a visually impacting outdoor setting, a music superstar and a dazzling, detailed event production, they will create a one-of-a-kind, awe-inspiring and unforgettable live music experience for all the concert goers.

In addition to hosting a legendary performance, Paper Rain Performances will produce a 14,000-capacity concert with minimal environmental impact at Brockton Field on August 22. Their team is set to establish a new standard for outdoor concerts. They will also take measures that go beyond the usual recycling, embracing everything from innovative power-sourcing technologies to the adoption of policies that will encourage transit use by the concert goers and help reduce carbon emissions.

Where: Brockton Field in Stanley Park