When former CEO of United Furniture Warehouse John Volken sold his company and retired, he donated the entire sum of his personal wealth to charity (to the tune of $150 million) – starting the John Volken Foundation.

I have never met anyone so dedicated to making the world a better place than John Volken, which is why I wanted to feature him as one of our profiles of philanthropy – meet the kindest (and coolest) people in Vancouver.

John has the biggest heart of anyone I have ever met and a smile and generous spirit that is infectious. His philanthropy through the John Volken Foundation supports two main causes – Lift the Children, funding over 90 orphanages in Africa, and the John Volken Academy, transforming the lives of individuals living with drug and alcohol addictions with treatments centres in Surrey, Phoenix and Seattle.

Born in 1941 in what later became Soviet occupied East Germany, John lived briefly in an orphanage after his father died in World War 2. He emigrated to Canada at the age of 18 and worked in a variety of jobs for years before purchasing United Buy & Sell and then transforming the organization to over 148 stores over North America, renaming it United Furniture Warehouse. 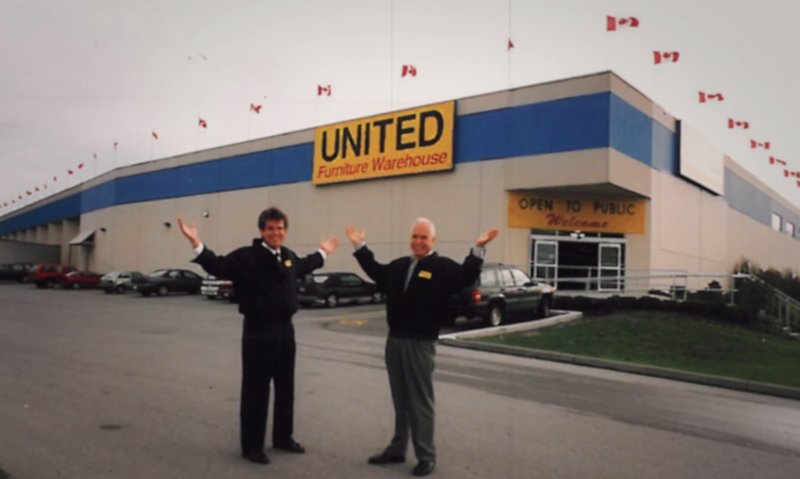 Awarded the prestigious Ernst & Young Entrepreneur of the Year Award in 1995, John was a self-made multi-millionaire but when I asked him about what he was most proud of throughout his life – it wasn’t his previous wealth. It’s the difference he has made in thousands of children’s lives in Africa and the lives of the addicts he has helped rehabilitate in a profound and transformational way. For that and for his incredible philanthropy, he was awarded the Dalai Lama Humanitarian Award in 2014. 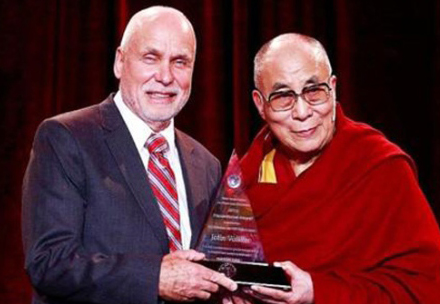 To learn more about the John Volken Academy and Lift the Children, please visit their websites.

To give of yourself. To give more than you feel totally comfortable with. It should be somewhat of a sacrifice.

I have a deep belief in God and that helps drive my sense of responsibility to give back. Money is important if we use it for good. Once we have looked after our families, we should help those who cannot help themselves.

My great great grandfather was a philanthropist. During the devastation of war, he sent wagon trains with food and started a bakery to feed people. A monument in Germany recognizes his philanthropic endeavors.

Also, I have great respect for Joe Segal. He gives of his time and his means. When I was honoured as Entrepreneur of the Year in 1995, he encouraged me to get involved with United Way. Shortly after that, I started the John Volken Foundation and committed all my money to help solve a social need.

Both Lift the Children and the John Volken Academy. When you see all the starving children in Africa, you cannot help but be moved to do something. I asked this one woman who had been a school teacher and she said she was seeing all these children on the street with no home to go to so she quit her job and opened her home to them. She converted her house into an orphanage just to give these children a roof over their head.

At the time I spoke with her, she had no regular support and so I wondered how she fed them. She told me that she would go digging in restaurant garbages every night to feed all these children in her home. So I asked her if she found food every night, and she told me – no, she didn’t, some nights she would come home with nothing. She would have to go home and tell those children that they wouldn’t be eating that night, but that maybe they would eat the next night. And these children would look up at her and say “yes! maybe we will eat tomorrow” and go to sleep. It was heartbreaking. But these children are happy. They don’t know what they don’t have. To them – if they have food, they are satisfied.

Through Lift the Children, John provides financial support for 90 orphanages in Africa serving the world’s most destitute children with necessities, training and inspiration.

Smile. Anybody can do that. Some people might think you are strange but it can make a person’s day. It has made my day when someone has smiled at me!