One thing that annoys me is hearing media guys complain about the NHL All-Star Game. They do it every year as the weekend approaches calling it a “corporate schmooze fest”, a “waste of time”.

Yes, the game itself usually sucks – it means absolutely nothing and poses nothing but risk to the NHL’s superstars.

Even more annoying is seeing and hearing the same media guys talk about this year’s successful All-Star Game all day long.

The NHL lost the plot, they nearly missed the John Scott story.

How is the league so clueless?

The problem with many older hockey fans/media members is they’ve lost the plot too.

Sure, John Scott’s story made the game relevant for adults – it gave the media guys who have no choice but to cover it something to write about too. But for the kids, the ones who are falling in love with the sport, it doesn’t really matter.

Same goes for hockey fans who enjoy getting to know the players better.

I can only speak for myself, but when I was growing up the All-Star Game was appointment viewing. It was on my calendar before I kept a calendar.

Seeing all the NHL superstars playing at once – Joe Sakic, Steve Yzerman, Paul Kariya, Teemu Selanne, Wayne Gretzky… all that skill on one ice surface, all the hockey players you had hockey cards and posters of – it was like Christmas. 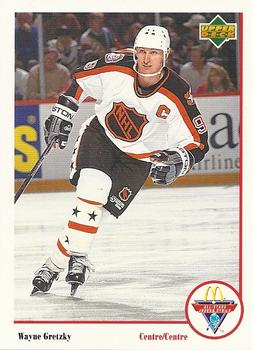 Hate to tell you this, but as much as everyone’s bagging on the NHL right now for their clueless handling of the John Scott situation, they are the ones who came up with the revamped 3-on-3 format that made the actual games entertaining.

They’ve been working on it for a while too, with the fantasy draft and other ideas they’ve tried over the years.

The league deserves some credit, because while the media complained, they were actively trying to make the weekend better. And while the John Scott story turned out great, who really saw it coming? Before Scott’s article in the Player’s Tribune, no one knew much about him.

If he wasn’t such a likeable, humble, down to earth guy, that experiment might not’ve gone so well.

While Scott brought the audience back to the game, the other players did their part too. Subban dressing as Jagr during the skills competition. Seguin doing play-by-play and swearing by accident during the game.

Schneider and Luongo fighting over the net.

All of this was unscripted yet real. On All-Star weekend, you get players mic’d and Go Pro’d up – stuff you can’t do during regular games. You get to see the personalities of athletes who are usually so guarded.

That’s how kids fall in love with the sport and end up lifelong hockey fans.

And in the end, that’s what the All-Star Game is all about.