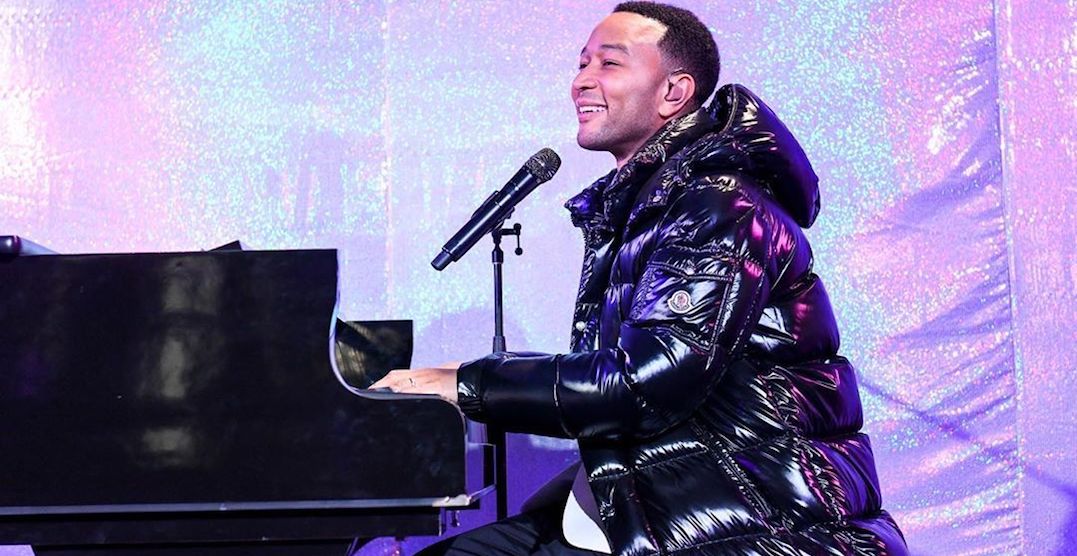 Gird your loins and get your heart onto your sleeve, Vancouver. Because John Legend is coming to town.

The multiplatinum artist has announced his highly-anticipated return to Pepsi Live at Rogers Arena is set for Sunday, September 13.

Having garnered eleven Grammy Awards, an Academy Award, a Golden Globe, a Tony, and an Emmy, the performer is beloved by many, and is sure to put on a show that’ll melt your heart and having you singing along with your eyes closed.

Legend has released six celebrated albums, joined “The Voice” from Season 16 (which he won, with his mentee Maelyn Jarmon), and he’s served as an executive producer for films including La La Land.

Tickets for the performance will go on sale Friday, February 14 at 10 am on www.livenation.com, starting at $49 including GST.

And, the show is all-ages. So not only is it sure to be a musical masterpiece, but it’s one that can be enjoyed by the whole family.

When: September 13, 2020
Where: Pepsi Live at Rogers Arena
Tickets: Available February 14 at 10 am on www.livenation.com