Move over Mohinder, you got some competition in the world of irrelevant, yet some how amusing, graffiti tags appearing all over Vancouver. This current tag is in the name of John Cusack, yes the actor known for such hit movies as Serendipity, 1408 and 2012.

The majority of the tags are located in East Vancouver, centred around the Mount Pleasant and Commercial Drive neighbourhoods. Well over 20 documented cases of the tag have been reported on Instagram and various other online social media platforms.

The tags appear on benches, doors, dumpsters and any other blank canvas available to the anonymous tagger.

Some tags include a hip-hop reference or even two. The obvious one refers to rapper Tupac Shakur. The less obvious one, and perhaps I’m completely off base here, refers to the crown from the famous Notorious B.I.G. photo. Is John Cusack a fan of the two greatest rappers in history? Or just like the tag itself, the crown and Shakur references are completely random.

The use of a movie stars name for graffiti purposes is not new phenomenon. In 2005, the city of Toronto was swarmed by Val Kilmer tags and wheatpasting. Perhaps wheatpasting will be the next evolution of the John Cusack tag.

More photos of the John Cusack Graffiti in Vancouver 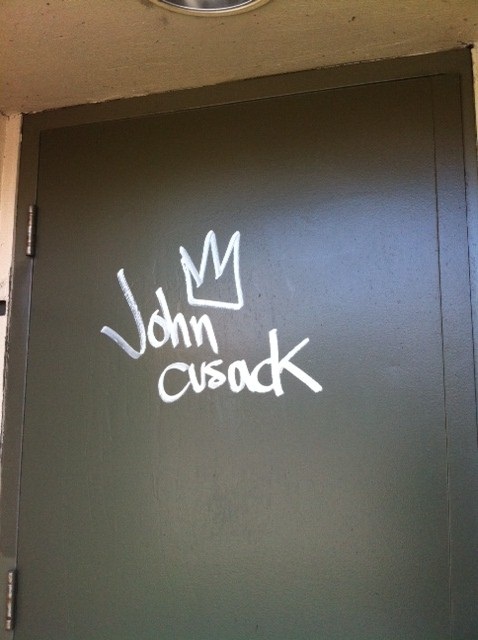 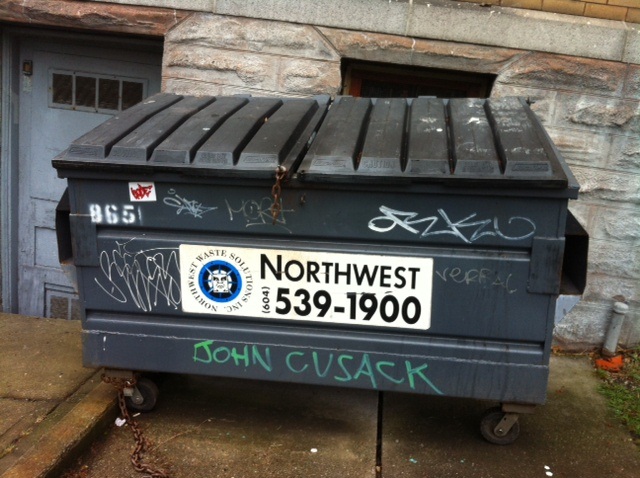 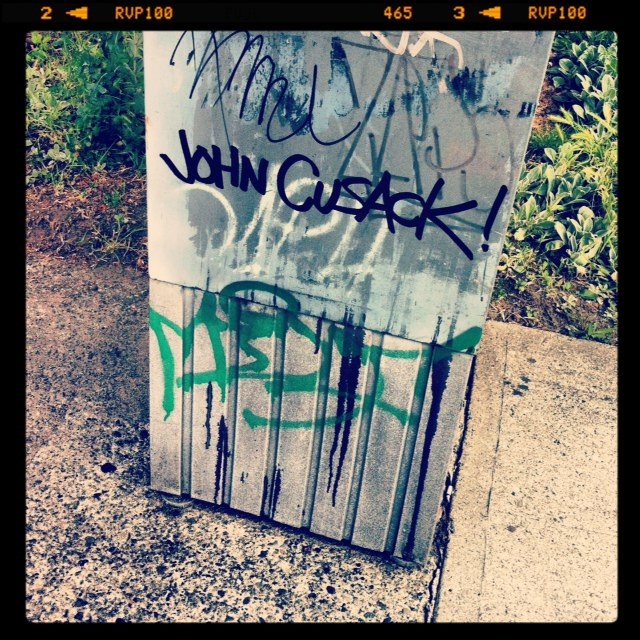 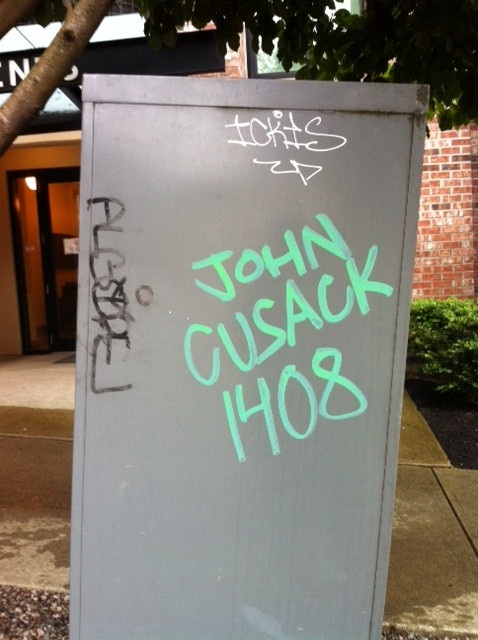 All images except the main image are by Christy McNeil