CW has announced John Barrowman (star of “Doctor Who” and “Torchwood”) will be joining the cast of the highly anticipated Television series “Arrow” (filmed in Vancouver). The announcement (made Wednesday) had fans gossiping about who he might be playing.

We caught up to John Barrowman on Wednesday as he landed in Vancouver Airport from Los Angeles. 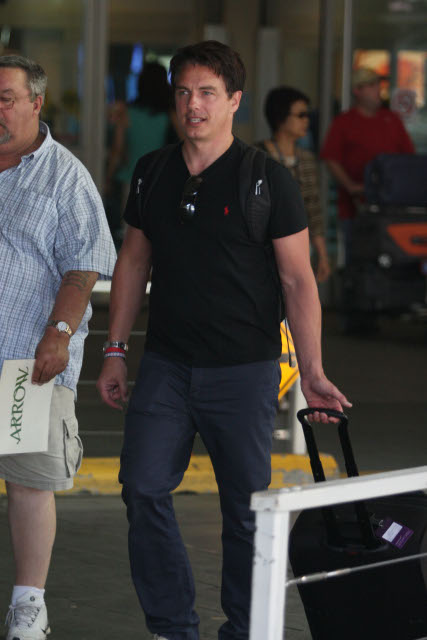 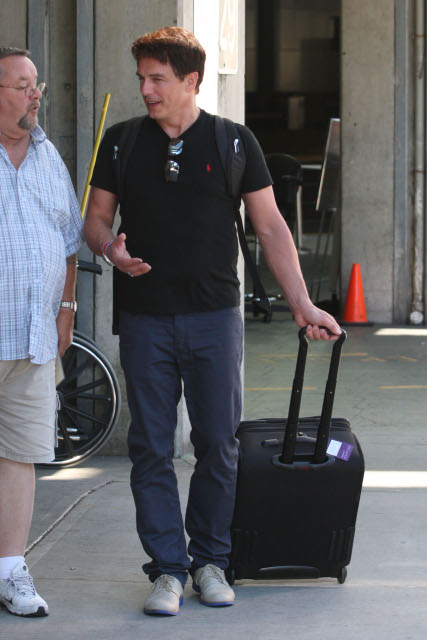 We tried to get some information on his upcoming role on “Arrow”, but all he could say at this time was, “I’m looking forward to it”.  Speculation began when Entertainment Weekly reported that he’ll be playing a;

“Well-dressed man” who is “as mysterious as he is wealthy, an acquaintance of the Queen family, and a prominent figure in Starling City.”

Knowing only at this point that his character is recurring, rumours have it that Barrowman could be playing philanthropist Stanley Dover Senior. However, fans have raised the bar and are hoping for “Bruce Wayne” to make his appearance in the show. DC is allowing “Arrow” to have access to everyone in their universe, but it doesn’t guarantee we will be seeing any big names soon. Batman is a very popular character and writers of the show have mentioned they are afraid if they introduce Batman, it might cast a shadow on the shows main characters. Hence taking away from the “Green Arrow” story and possibly turning it into the “Batman show”, which is a risk they might not want to make during the first season.

Given the tweaking that the writers have done with some of the other characters from the Green Arrow comics, it’s safe to say they have a few options for Barrowman. One option – it could be an entirely new character. Guess we will just have to wait and see.

Arrow is an upcoming American action/adventure television series based on Green Arrow, a fictional superhero who appears in comic books published by DC Comics. It will air on The CW (CTV Two in Canada) on Wednesdays at 8:00 pm Eastern/7:00 pm Central, starting October 10, 2012.

I will be reviewing the pilot episode prior to the air date, so stay tuned.