By now, you would have seen or heard about the viral twerking video that circulated the web last week (currently over 9 million views). A young lady was filmed in a major twerking mishap. She twerks upside down in a handstand position against her door and when her roommate opened the door she fell onto an adjacent table and lit her yoga pants on fire – yikes! 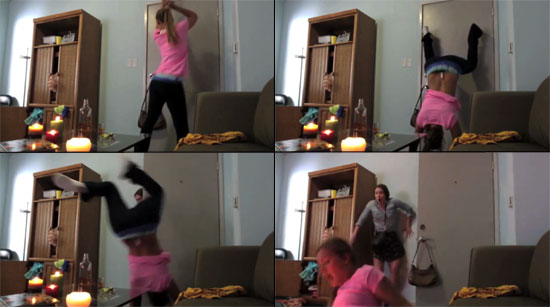 But wait – late night comedy king Jimmy Kimmel revealed on Monday night that it was a hoax. In fact, it was him and his team that were behind the video, along with stuntwoman Daphne Avalon. In short, he’s punked the Internet.

“Even though the video was fake, that did not stop hundreds of news outlets from showing it. Some people even blamed Miley Cyrus, as if this was her fault,” said Kimmel.

One of those news outlets include our very own, Global BC. 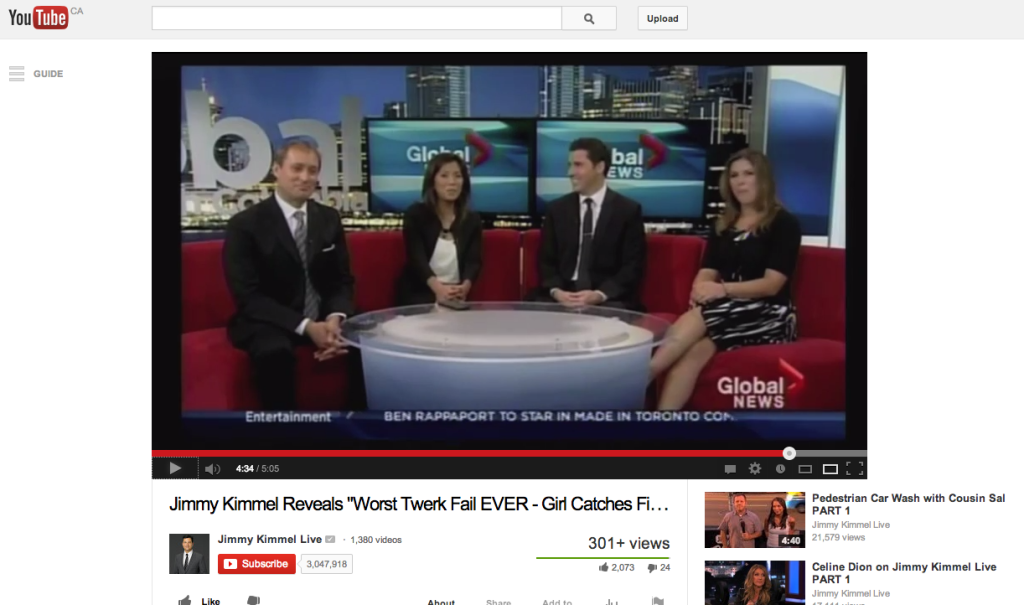