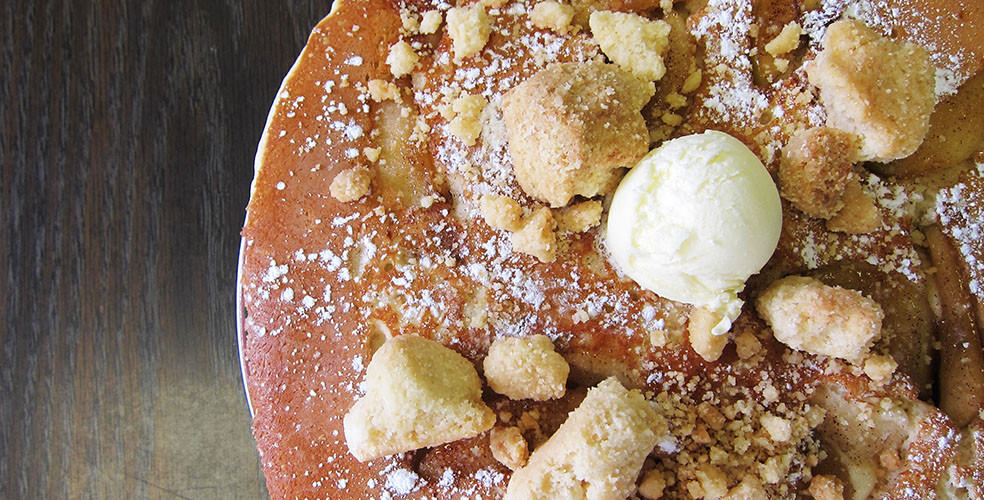 It’s only fitting that the epic diner eats of Jethro’s Fine Grub is getting another–and equally epic–space in Vancouver. Jethro’s is poised to open its third location, and this outpost happens to be a 70-plus seater right off Robson Street in downtown that’s going to be open damn near 24 hours a day.

Situated in the former Red Chicken Korean restaurant at 833 Bute Street, Jethro’s co-owner Emily Jane Stuart tells Daily Hive Vancouver via telephone they did a fully gut job on the space, but reminds us that it’s all about the food, not the decor. “It’s classic Jethro’s,” jokes Stuart. “People don’t come for the room.” 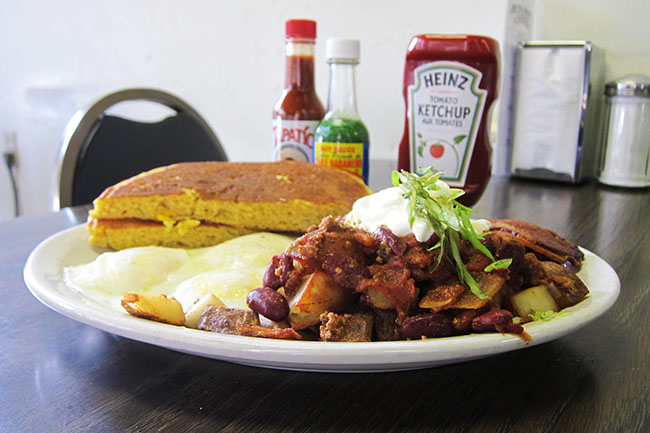 What people do come for is the food: Hearty portions of classic diner fare with a lot of heart, including the mammoth challenge-on-a-plate Grandma’s Pancakes, which are made with cinnamon apples baked into the buttermilk batter and are topped with streusel and whipped butter. (With apologies to those suffering from Celiac Disease, Stuart admits she considers gluten her spirit animal.)

Also on the menu are savoury morning eats, like the popular Cowboy Breakfast, Chicken Fried Steak, and a Breakfast Burrito, and a full lunch and dinner menu of salads, sandwiches, burgers and more.

Stuart says the new location will offer the same menu as the Dunbar and Fraser locations, with exciting new additions they’re keeping under wraps for the moment. These delicious eats will be prepared in a fully rebuilt kitchen designed by Stuart’s husband and business partner D’Arcy Allen. Allen has set up “a really jammin’ kitchen,” says Stuart, that their cooks are excited to be working in.

Oh, and that almost all day and night bit? Stuart says the downtown Jethro’s is going to offer a great option for late night eats, and they are aiming to set their hours at 6 am to 4 am daily. So, yeah, that’s damn near 24 hours.

Stuart, Allen, and the downtown Jethro’s team are in the final countdown until their soft open; Stuart says there’s just a bit more red tape to cut at the fully licensed breakfast, lunch, and dinner spot, but that customers can expect the new location to be open in a matter of days, and likely within the week.