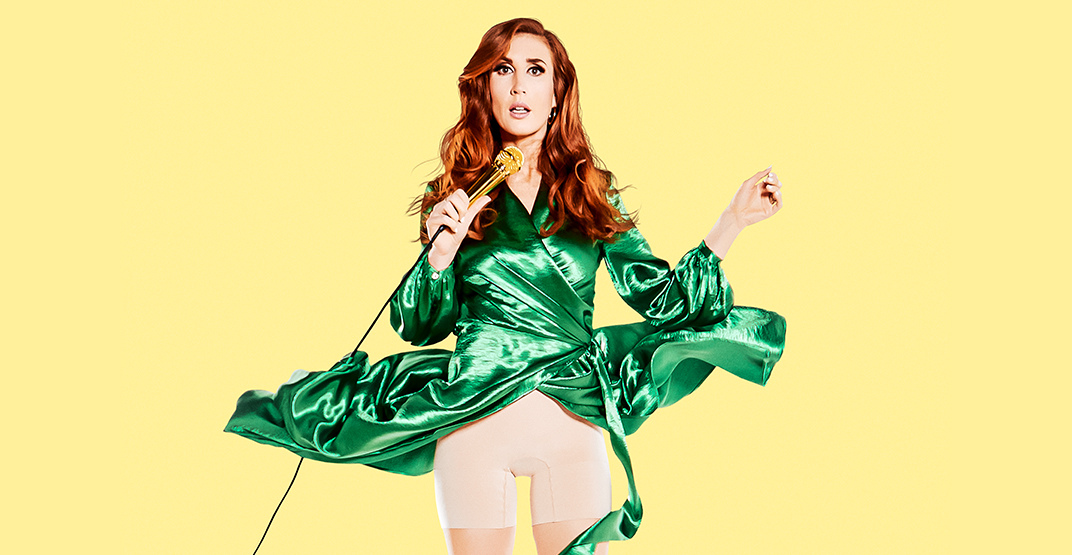 It’s official: Canadian comic and TV personality Jessi Cruickshank is coming back to her hometown of Vancouver for a live show.

On Saturday, September 26, Cruickshank is taking the stage at the Commodore Ballroom for a stand-up show of sorts, Up Close and Too Personal. She’s also bringing the show to Calgary and Edmonton.

Cruickshank’s 19+ show is set to reveal behind-the-scenes stories about celebrities, real-life reflections on success, and hilarious insights into motherhood. There’s also going to be prize giveaways on the night and… half-naked men.

Tickets to the show start at $35.50 (plus service charges) and are available via Ticketmaster now. If you’re looking for the perfect reason to round up your friends for a night out, this is it.