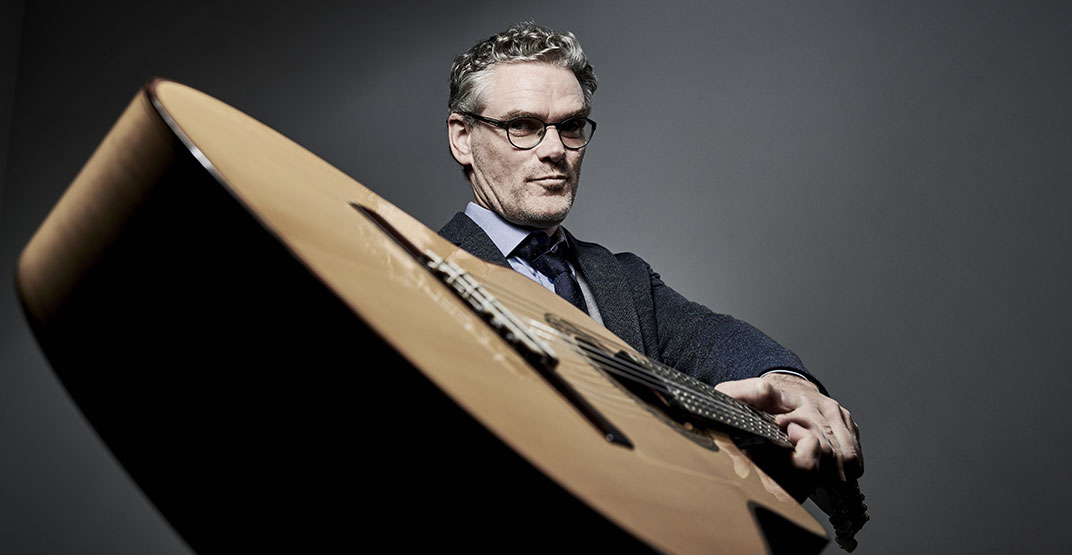 The multi-award-winning guitarist, composer, and producer is set to perform live at The Centre in Vancouver on March 21 during his upcoming tour in celebration of 25 years of music — The Tempest 25 Tour.

A nod to Cook’s ’95 debut album, Tempest, the tour has 25 special dates across the country. It kicks off in Nanaimo on March 20 before going on to Kelowna, Edmonton, Calgary, Regina, Saskatoon, Toronto, Halifax, and Montreal, to name a few cities.

In his early twenties, Cook never planned on releasing an album. Today, he holds a JUNO Award for the Best Instrumental Album with 2000’s Free Fall (Narada), as well as 10 platinum and gold studio albums that have sold more than two million copies combined.

Cook’s most recent release was in 2017 with Beyond Borders, a sonically diverse album that explores a landscape of sound, free from restrictions.

“Before Tempest, I’d never seen the rest of Canada,” Cook said in a press release. “I never dreamed I would one day see Asia, let alone tour it. My fans have lifted me up in so many ways and have given me the freedom to follow my muse and chase my dreams. They opened the world to me and have given me the opportunity to meet and perform with my musical heroes.”

The artist is currently in the US on a 48-date tour which includes stops in New York, LA, Atlanta, Philadelphia, and Nashville.

Tickets to Jesse Cook’s Vancouver 2020 concert are on sale now, starting at $53 via Ticketmaster.

When: Saturday, March 21
Time: 8 pm
Where: The Centre in Vancouver  — 777 Homer Street
Tickets: Starting at $53 — Tickets available via Ticketmaster