It is a part of a massive $307.2-million deal that also includes the 21-acre former BC RCMP headquarters on Heather Street between West 33rd Avenue and West 37th Avenue in Vancouver as well as a 5-acre Department of Fisheries and Oceans property in West Vancouver. The smaller properties sold for $59.2-million and $11-million, respectively.

Federal crown corporation Canada Lands Company and a consortium of the Musqueam, Squamish and Tsleil-Waututh First Nations will each own 50 per cent of the three properties. Canada Lands Company is best known for its operations of the CN Tower, Montreal Science Centre and the Old Port in Montreal.

Plans to sell Jericho Garrison’s lands were made public last year. Lengthy and comprehensive public consultation processes will be undertaken for each of the three sites before development proposals are submitted for municipal government approval.

The Jericho Garrison was built for the Second World War to defend the westernmost tip of the Vancouver peninsula from a possible Japanese invasion. In 2015, units and personnel at Jericho will be relocated to False Creek’s Seaforth, which is currently undergoing a $40.5-million expansion and renovation.

While dense condo development is unlikely for the Jericho Garrison lands, the potential for dense development exists for the RCMP property, which is located along the Cambie Corridor and adjacent to the site of the Canada Line’s future 33rd Avenue Station. 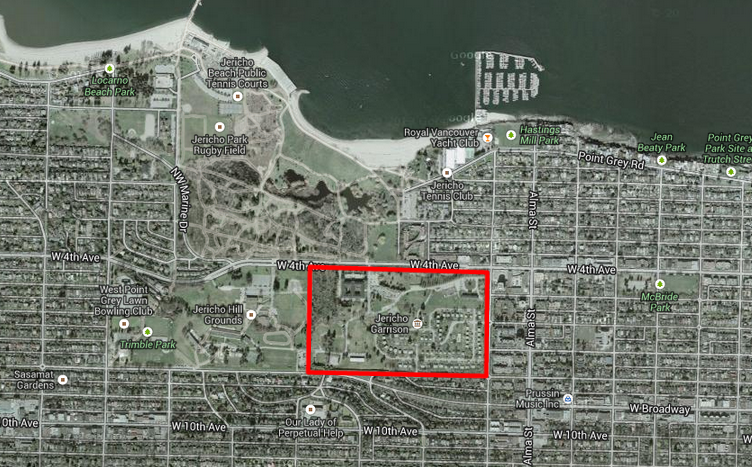