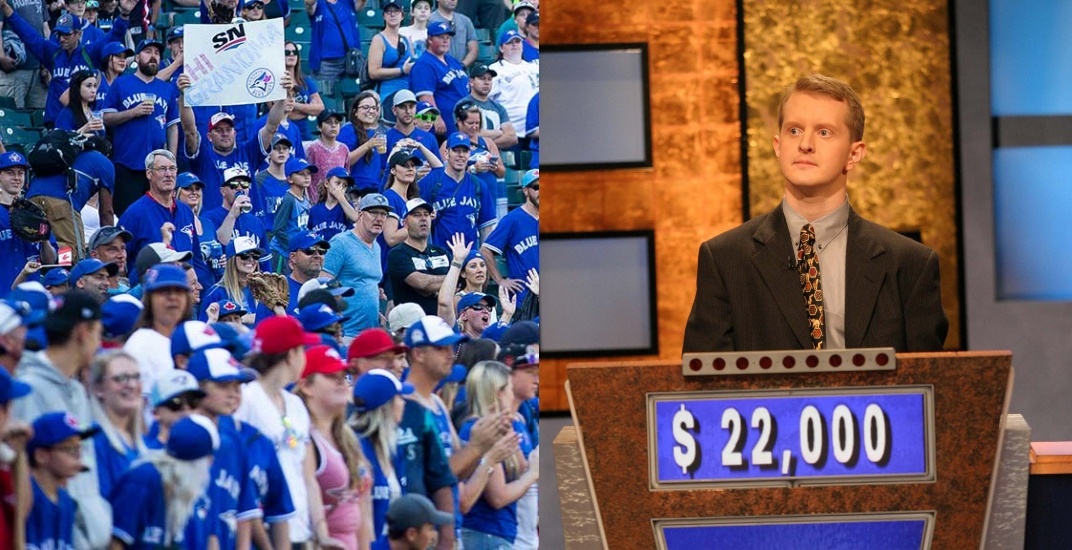 Every year, tens of thousands of Blue Jays fans invade Seattle for the team’s west coast swing. Canadians from British Columbia, Alberta, and even Saskatchewan make the pilgrimage across the country and transform T-Mobile Park into a home game for the Blue Jays.

Although crowds have dissipated over the last few years, Blue Jays fans still make up the bulk of attendees for the annual Blue Jays-Mariners series in Seattle. Well, some Seattle natives are sick of these Canucks invading their territory.

One of them is former Jeopardy! champion Ken Jennings. The man responsible for the longest winning streak in the show’s history was not impressed by the Blue Jays contingent taking over their ballpark.

My favorite summer thing in Seattle is when 20,000 surprisingly awful Canadians drive down to watch a Blue Jays game and then the Mariners win.

Jennings fired a few additional “shots” to his original tweet. Why must people resort to low blows with the low blows and reference the spelling differences between Canada and the United States? Can’t we all just get along?

PS: the Mariners have a record of 1-0 tonight so you have to spell favorite correctly https://t.co/sJ7Pl40U9k

“awful Blue Jays fans on the road” is redundant

Jennings isn’t the only Seattle resident who gets perturbed by the annual Blue Jays invasion at T-Mobile Park. Daniel Carroll, a devout Mariners devotee, defends his turf by rolling out these signs every year.

The only thing providing more shade than I am this weekend is gonna be the T-Mobile Park roof. #GoMariners pic.twitter.com/ZTFDvKpT0c

This is one of the newest signs Caroll brought out for this weekend’s series, and he knows how to cut to the core of Canadians; by bringing up how many Canadian teams have won a Stanley cup in the last quarter-century. 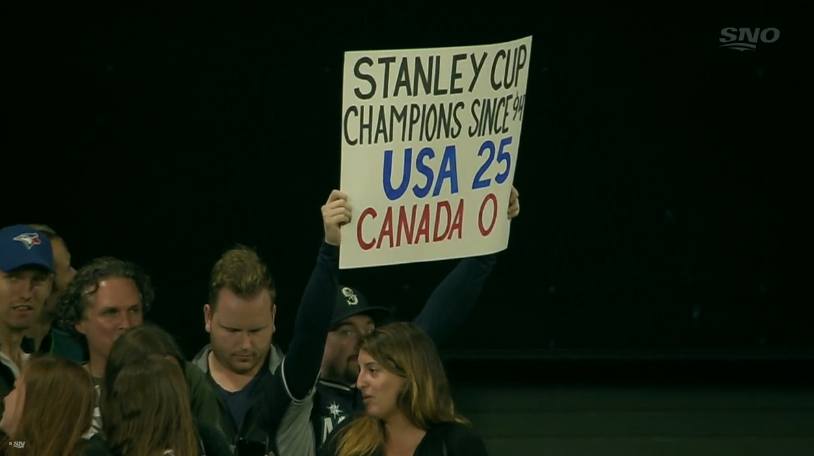 As Jennings mentioned, the Mariners drew first blood in the series, defeating the Blue Jays 7-4 on Friday evening. Toronto has two more opportunities to snatch a victory inside their “home away from home.”

Jennings is now in the process of mixing up with Canadian baseball fans online, which could continue for most of the day…

come get your 20,000 shitfaced transplants named Gord, we’re tired of them https://t.co/oL6Kuf6l7d

I'm now mixing it up online with the aggrieved hosts of medium-market Canadian radio call-in shows with names like "Sports Programme." This is my new online persona.

…at least until the second game of the series between the Jays and Mariners, which takes place Saturday night at T-Mobile Park.