Some beans just aren’t meant to jump it seems… An adventurous jelly bean that took a dip in False Creek has been rescued by the Vancouver Police Marine Unit.

“It’s obviously not acceptable for someone to drop it in False Creek, but considering some of the calls we go to, this one at least put a smile on our face,” Const. Brian Montague told Vancity Buzz. 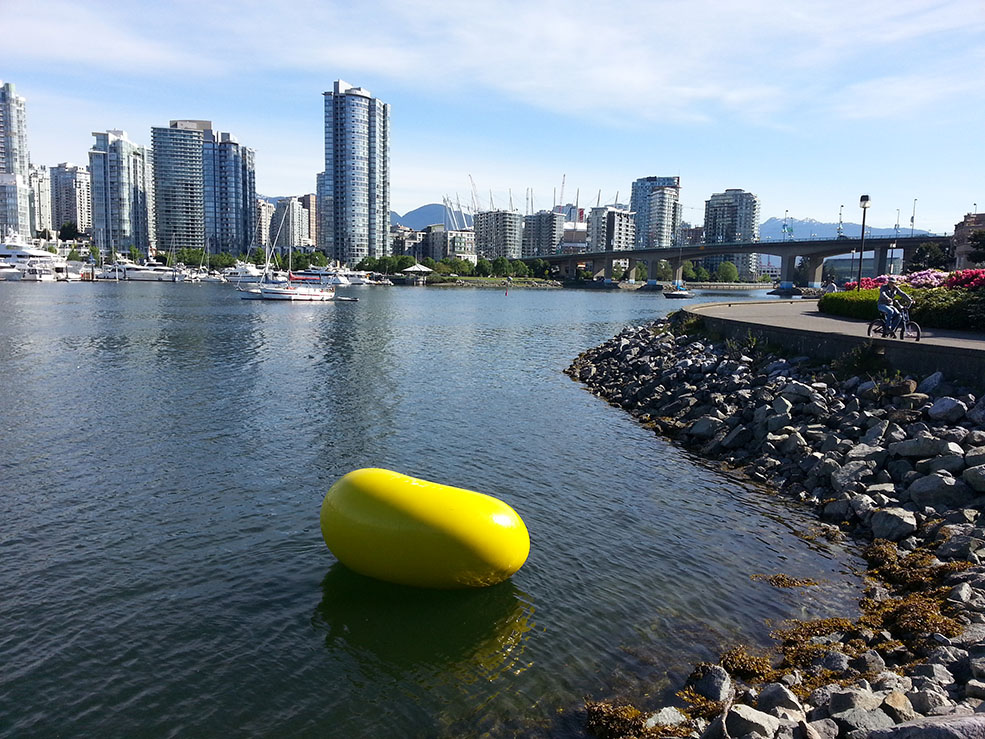 The intrepid yellow jelly bean – made of fibre glass and weighing 320kg – was spotted in the water around 9:30 a.m. on Friday morning.

It remains a mystery how the bean managed to make a break for freedom, somehow venturing from its usual display in Charleson Park to the waters of False Creek.

Here’s how VPD announced the rescue: