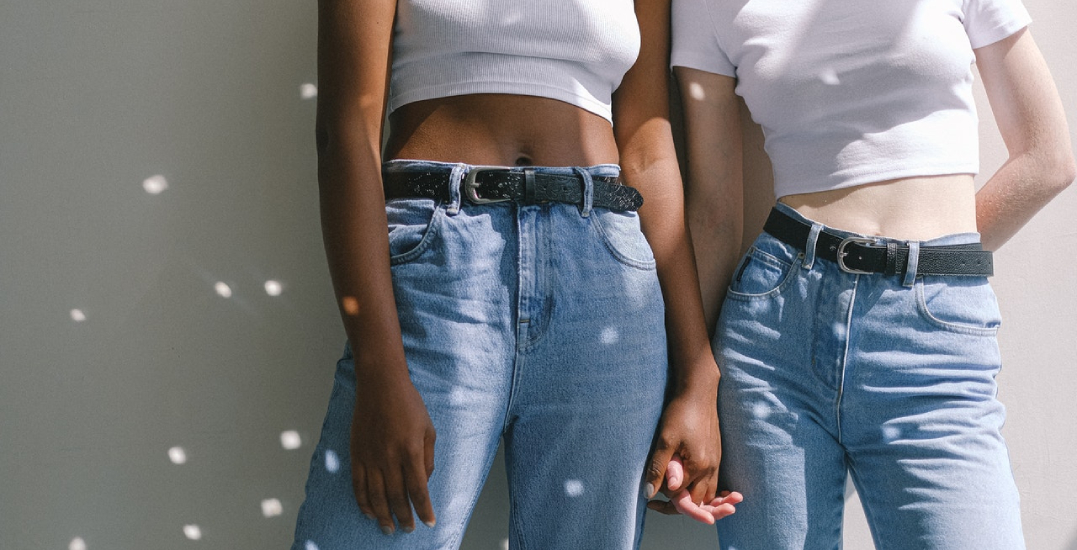 It’s safe to say that throughout the pandemic, we’ve grown accustomed to a loungewear rotation that’s structured around leggings and sweatpants. In fact, jeans have become so foreign to us that we’ve recently taken to referring to them simply as “hard pants.”

It’s a real departure from the halcyon days of jeans being our go-to casual wear (in our books, they’re now strictly considered formal wear), but we’d be lying if we told you we didn’t miss it just a little.

If you’re feeling the same, then we have good news for you: there’s never been a better time to slide into your favourite pair of denim.

This May, BC Children’s Hospital Foundation is on a mission to make jeans an emblem of hope. As part of their Jean Up campaign, the Foundation is asking you to transform your jeans into a symbol of life returning to normal for the thousands of children in the province who are suffering from illnesses, chronic conditions, and injuries.

Sofia, for instance, is one of the thousands of children who are treated each year. When she was six years old, she was diagnosed with intestinal malrotation, which occurs when the intestines don’t rotate properly during development. Her condition has resulted in countless trips to BC Children’s and three surgeries. 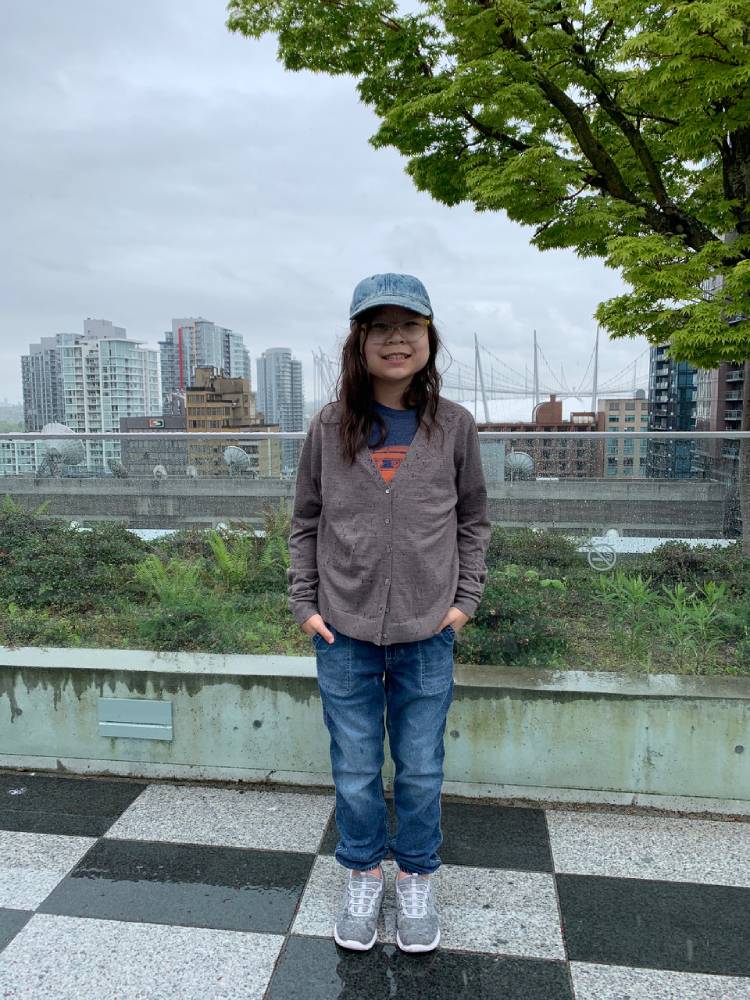 BC Children’s patient Sofia in her denim (BCCHF)

When she was 10, she spent nearly seven months in the hospital. Today, Sofia’s condition is more stable — but the 13-year-old still has a long journey ahead of her. So, by dusting off that pair of denim sitting in the back of your closet this May, you can help kids like Sofia get out of their gowns and back into their jeans, too.

As the only children’s hospital in the province, children and their families count on BC Children’s for specialized care they often can’t receive anywhere else. Though incredible strides have been made in the realm of children’s healthcare, there’s still much to be done when it comes to solving the biggest health challenges facing kids. For instance, 20% of children with cancer don’t respond to traditional treatments.

By coming together, donating, and getting our denim on, we can make jeans a symbol of something bigger and help conquer the serious and life-long illnesses affecting BC’s kids.

All you have to do is donate or jumpstart an online fundraiser with your company or school and pick a day, week, — or even the whole month — to proudly flaunt your Jean Up spirit. Rally your co-workers, customers, employees, and classmates and dare them to get back into their denim.

Disclaimer: don’t sweat it if they’re a little snugger than the last time you wore them. 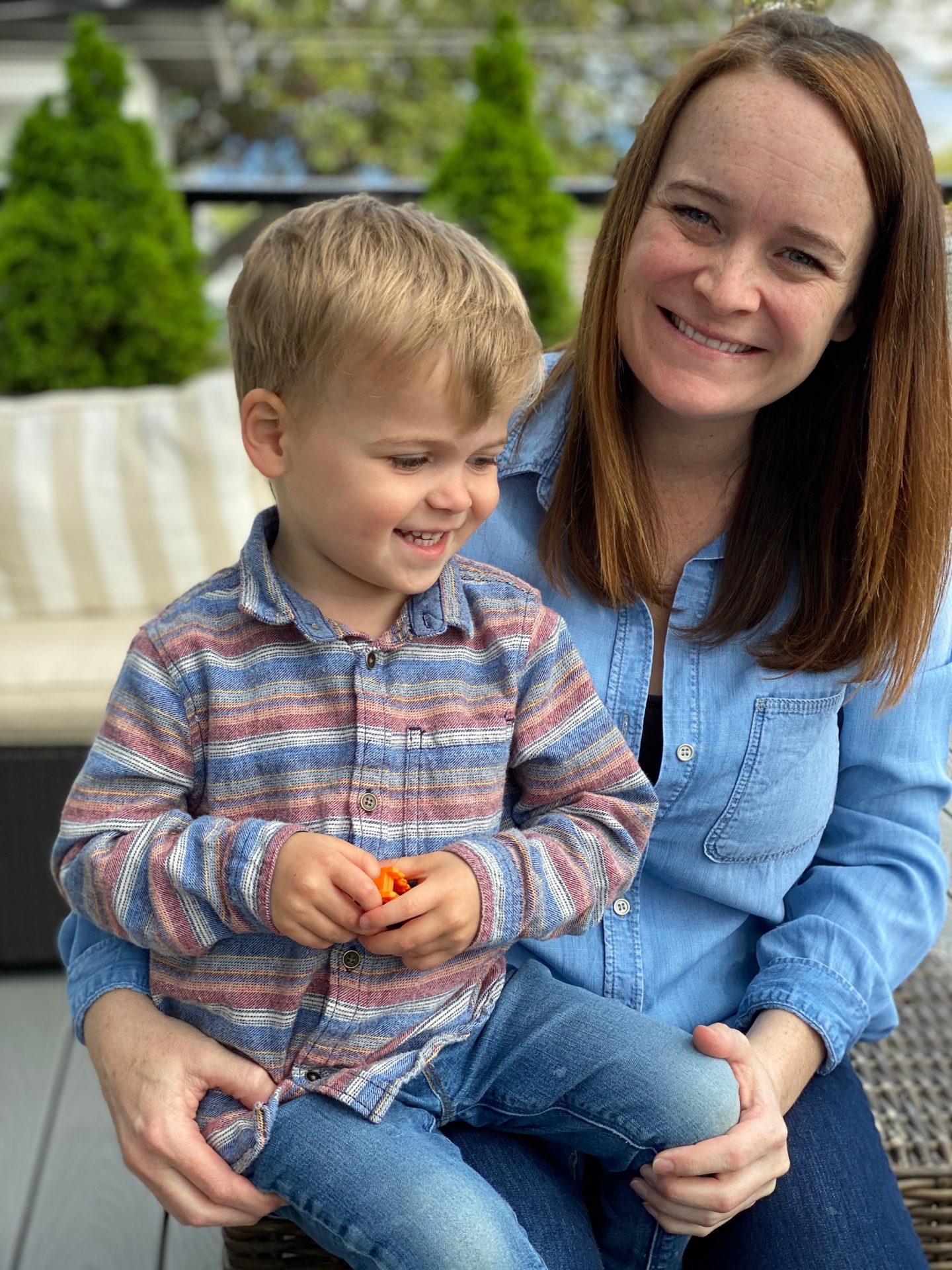 Angela, the communications coordinator at BCCHF, and her son Mason (BCCHF)

Jean Up is very much an online movement that has allowed community members to mobilize virtually. Since going digital for the first time last year, Jean Up has empowered people from all corners of BC to come together for an important cause while staying apart. Plus, the ease of online fundraising tools and digital assets have made it easier than ever to get on board.

Also, let’s be real — if you don’t snap a photo of you in your jeans, did it really happen? While you’re at it, spread the word on social media using the #JeanUp hashtag, Jean Up sticker (just enter Jean Up into the gif search on Instagram), and don’t forget to tag @bcchf. To be featured on the BCCHF social channels, you can also submit photos of your family, work fam, friends, co-workers, and classmates over email to [email protected].

On the subject of classmates, Odlum Brown is this year’s School Match Sponsor, which means that they’ll be matching all school donations up to $30,000 from May 1 to 31. All the more reason to get your school signed up on Jean Up’s online fundraiser.

Do you want to participate but have no denim to rep? We got you covered. Jean Up’s official Denim Partner Mavi and BC Children’s Hospital Foundation will be giving away two $250 gift cards this May. Mark your calendars! The contest goes live on Daily Hive Vancouver’s Instagram on May 10.

By giving back during this uncertain time, you can help make sure sick and injured kids get the expert care they need — so they can get back into their jeans sooner. Because, let’s face it, jeans go with everything — including hope.

You can start by donating at JeanUp.ca, then wear your jeans and take a photo (tag @bcchf and #JeanUp) to show your support.