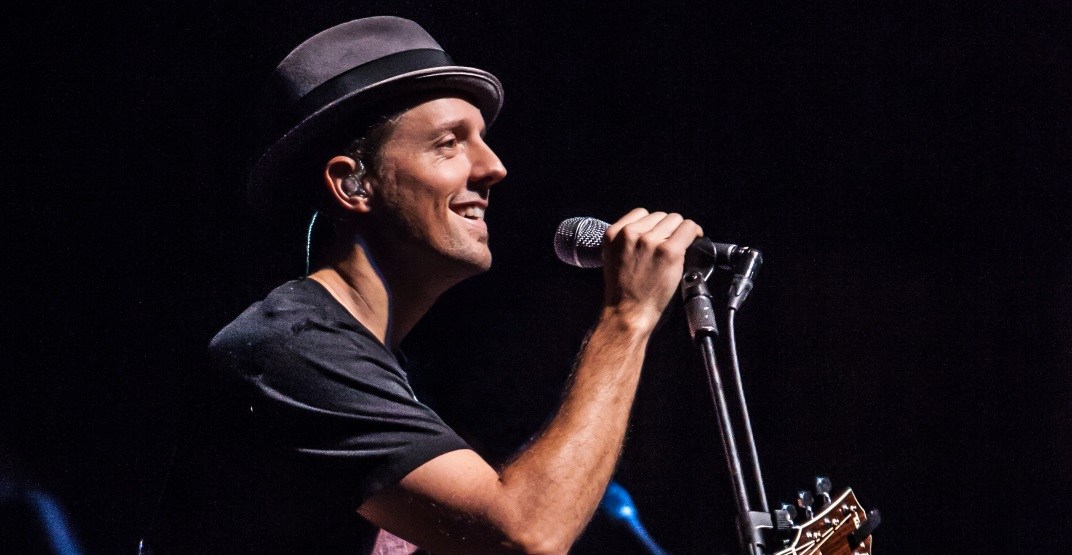 Multi-platinum singer-songwriter Jason Mraz is coming to Vancouver this fall.

The “I’m Yours” musician will be stopping in the city for a show at the Queen Elizabeth Theatre on November 8 during his North American tour, Ladies and Gentleman, An Evening with Jason Mraz and Raining Jane.

Over the course of two months, Mraz will be performing 19 shows, kicking off in California on October 23 before going on to Portland, Edmonton, Calgary, Seattle, Toronto, and Chicago, to name a few cities.

The singer recently wrapped his global Good Vibes tour with stops at both arenas and outdoor pavilions throughout Asia, Europe, and North America.

You can expect to hear new music by Mraz at his Vancouver concert, as well as some of his older tracks that you undoubtedly know all of the words to.

Tickets to Mraz’ Vancouver concert are on sale now, starting at $45.50 via Ticketmaster. But you be going to the concert for free simply by entering the contest below.

To enter for your chance to win two tickets to see Jason Mraz in Vancouver at the Queen Elizabeth Theatre on November 8, 2019, do at least one of the following: