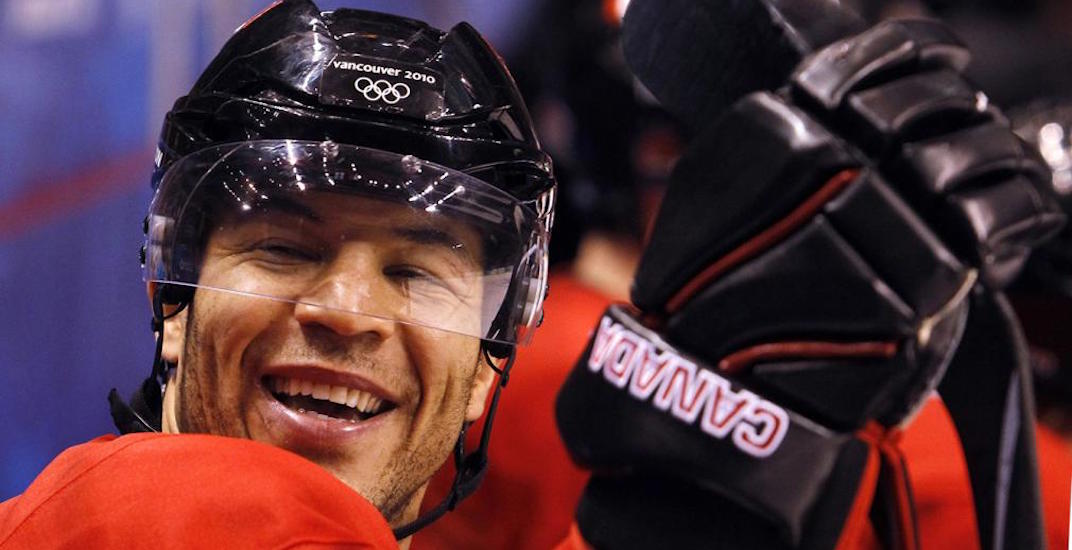 That’s what Sidney Crosby yelled moments before scoring ‘the golden goal’ to cap off the 2010 Olympics in Vancouver.

Iginla wasn’t selected for the 2014 roster, and at his advanced age, was thought to have played in his last Olympics.

Setting up one of the biggest goals in Canadian history isn’t a bad way to cap off your international career, but perhaps Iginla is ready for an encore before he hangs up his skates for good.

With the NHL pulling out of PyeongChang 2018, Team Canada will have to fill its roster with non-NHL players. Right now, that describes Iginla, who is 40 years old and still without a contract.

Team Canada GM Sean Burke said on Tuesday that he has talked to Iginla, as well as Shane Doan, about donning the Maple Leaf in February.

“We want to look at all possibilities, but there has to be a long-term plan because it’s going to very intense (at the Olympics) and it’s going to be great hockey and guys are going to have to have a plan for the year,” Burke said on a conference call.

The two-time Rocket Richard Trophy winner is presumably keeping himself in shape this summer in case a team comes calling. If a contract isn’t available, Iginla – and Doan for that matter – can try out with an NHL team or sign a contract to play in Europe.

If it’s NHL or bust for the veteran wingers, then it’s unlikely that they will play in PyeongChang. They’ll need to be in game shape – even for a non-NHL Olympics – and sitting on their sofa all winter won’t allow their games to age well.

Iginla scored just 27 points last season – the lowest of his career. Most of that was with the league’s worst team, the Colorado Avalanche, and his production picked up after being traded to the Los Angeles Kings. With LA, Iginla scored nine points in 19 games.

Doan is also coming off a disappointing season, scoring just 27 points in 74 games – the 40-year-old’s lowest output since the 1998-99 season.

Canada is coming off a pair of overseas summer tournaments with rosters made up of professionals playing in Europe. Familiar names like Mason Raymond, Gilbert Brule, Daniel Paille, Max Talbot, Derek Roy, Carlo Colaiacovo, Cam Barker, and Ben Scrivens suited up, meaning they are all in the running to represent Canada at the Olympic Games.