Drag queen Jane Smoker is kicking off the “year of the bad girl” after snatching the title “Vancouver’s Next Drag Superstar.”

After numerous challenges and over-the-top performances, with equally superlative, American Idol-style judging every Thursday night for four weeks at Celebrities nightclub, Smoker (Parker McMullin, 23, when out of drag) was voted the winner by audience ballot.

The result wasn’t terribly surprising given the explosive cheers at every mention of her name. 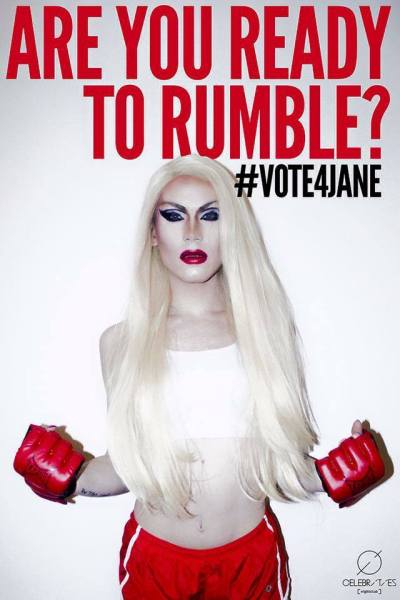 “I feel amazing,” Smoker said. “I’ve been talking about entering this contest for months and have had my eyes dead set on the prize since the beginning. To see all my hard work pay off and all the support from the community is something else. I feel amazing and so grateful.”

She said the competition itself was intense. “Oh my god, this competition is insanely challenging, there are not enough hours in the day to get everything done! I had to be so organized and so focused every week because the other girls were also amazingly talented, so one slip and I could have blown it. I learned from this competition that it’s okay to go outside your comfort zone and that I can excel in other areas of drag rather than my norm of rapping and being dirty.”

Smoker attributed the win to her determination and community support.

“I think I won because of my incredible fans and friends but mainly cause I gave every fibre of my being into this competition every week.” She added the drag entertainment in the city is now primed for a boost from exposure to the performers on stage this week. “The city is hungry from some new talent and this competition produced a dozen new faces to hit the ground running in this scene.”

Smoker will attend the red carpet premiere of RuPaul’s Drag Race in New York City as her prize. 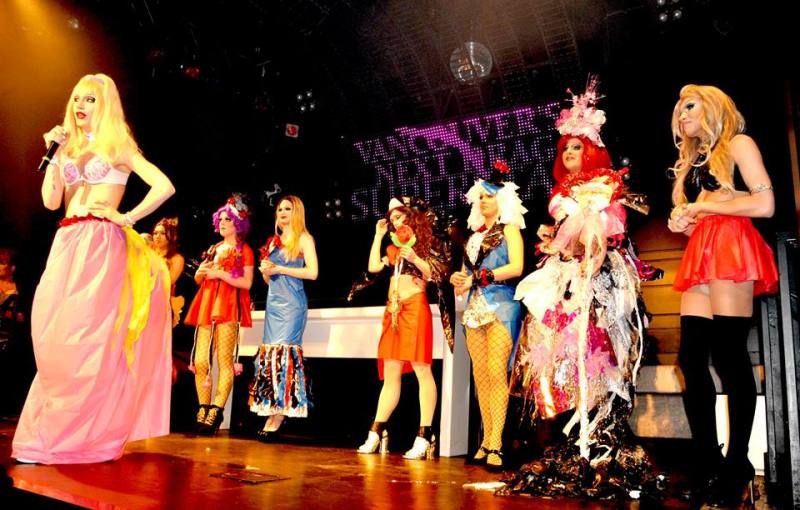 Jane Smoker, at front, with the contestants of Vancouver’s Next Drag Superstar. Photo from Facebook user Victor Bearpark.

Judge Raye Sunshine said the caliber of competition was the highest she’s seen in the event’s four years. “Overall it was a wonderful contest,” said Sunshine. “The contestants really grew as individuals and as a group. Past contestants that had done it before grew in leaps and bounds and the girls that just entered for fun may even begin a promising career from this.”

Thanks to Community Support

Sunshine said the result was clearly what the crowd wanted. “I believe Jane wanted that title as badly as anyone could want it, and worked tirelessly to get it so she deserved it 100 percent.”

Celebrity guest judge Willam Belli, once a contestant on RuPaul’s Drag Race and now popular for her YouTube videos and iTunes music parodies, said she was passionate about sharp new talent, but particularly appreciated the comedic irony of contestants who were mistakenly convinced of their beauty and abilities.

Mid-show when I went back into the green room for the interview with the judges, Willam hijacked the conversation with her frenetic, hilarious showboating, literally leaping around couches and cagily punning on everything I said, dominating the room to a couple side-eyes from the other queens gathered there. Frankly, talking to her left me dazed and wondering what exactly had just happened, like I’d survived a tornado with a concussion.

I had hoped to ask her a few more questions including what she thought of Jane and the competition overall, but she said she didn’t really notice who won. To be fair, by the end of the night certain aspects of Willam’s handling had left her frustrated. At any rate, I had to give up on the idea of a celebrity interview for this post.

Check out this final performance from Vancouver’s Next Drag Superstar, Jane Smoker, and see all performance videos by Rami Mikhail at Ramifilms.com.