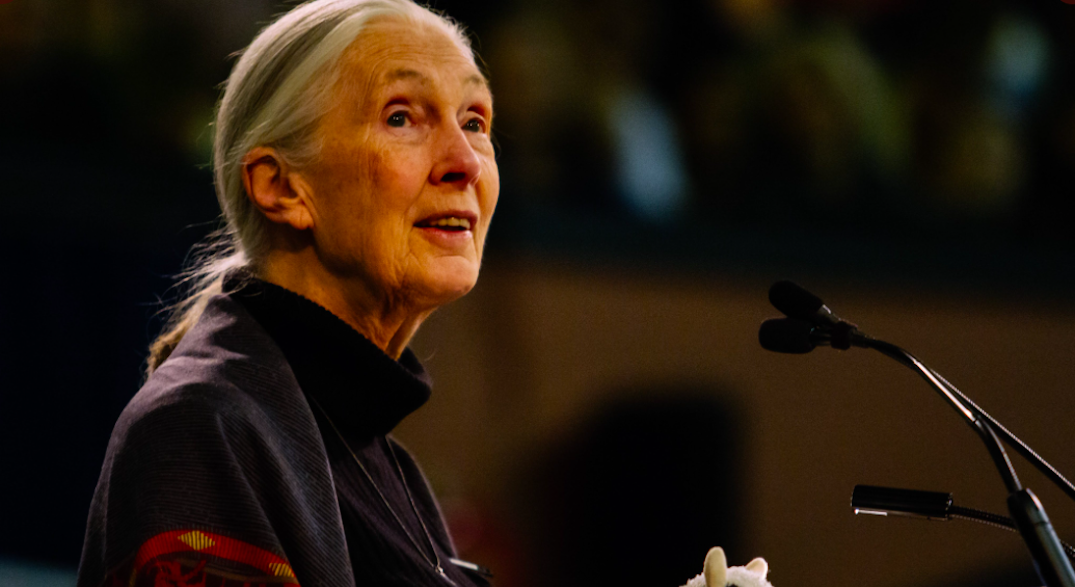 Jane Goodall is urging Edmonton City Council to “free Lucy the lonely elephant” by letting her retire in a “more humane setting.”

On Tuesday, the famous animal activist, posted a video message asking for Lucy to be transferred from the Edmonton Valley Zoo to a sanctuary in Tennessee, adding another voice to the campaign to free Lucy.

“Lucy is a very lonely elephant,” Goodall said in the video. “Of course there are people who care about and love and care for Lucy but that can’t make up for the lack of elephant companionship.”

Goodall noted that there is an accredited sanctuary in Tennessee that has offered to take her in.

“I know there are concerns as to whether Lucy is healthy enough to be moved but other older elephants have been successfully transported over long distances,” she said.

“I beg of you to invite an independent veterinarian with an appropriate knowledge of elephants to examine Lucy and determine how best she can be prepared for and supported for her journey.”

Goodall also noted that after many years of confined isolation, Lucy is reportedly 1,000 pounds overweight, which are “significantly contributing to her ongoing health issues.”

Lucy is an Asian elephant that has been at the zoo since 1977 and is currently the only elephant in the Edmonton zoo.

“It seems to me that after the four decades Lucy has ‘worked’ for your City, she has earned her retirement in a more humane setting. I encourage you to work with Lucy’s Edmonton Advocates’ Project to take the next steps to make that transition.”

The message to save Lucy is in accordance with the Jane Goodall Act, which was sponsored by Senator Murray Sinclair, to protect wildlife.

Last year, the Supreme Court of Canada dismissed a case from a national animal protection charity about the inhumane treatment of Lucy and other animals at the Edmonton Valley Zoo.