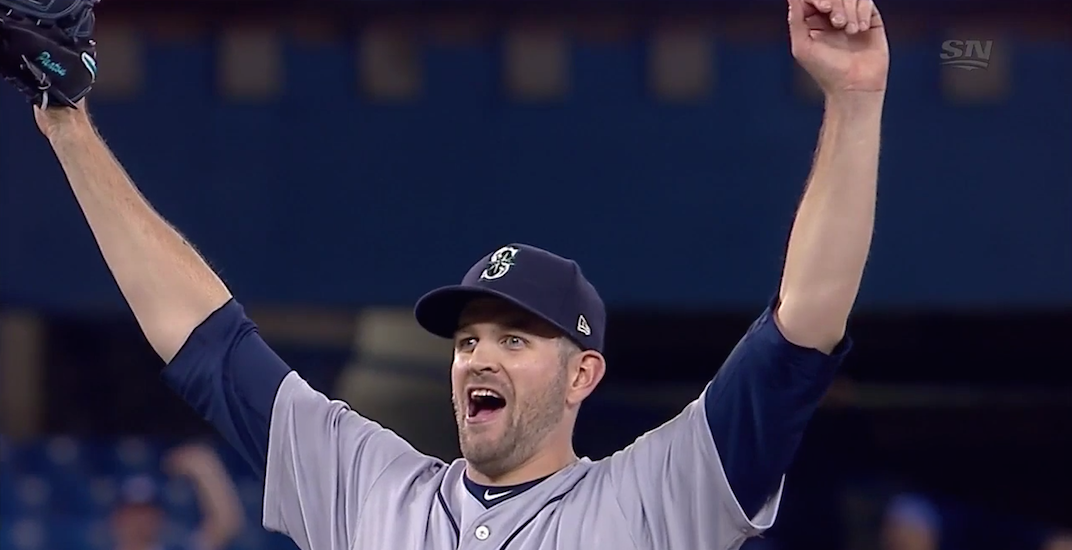 What a night for the man they call “Big Maple.”

Ladner, BC’s James Paxton pitched the game of his life on Tuesday, throwing a no-hitter against the Blue Jays in Toronto on Tuesday.

Paxton, who walked three batters and struck-out seven on just 99 pitches, becomes just the second Canadian to ever throw a no-hitter. He joins Toronto’s Dick Fowler, who threw a no-hitter for the Philadelphia Athletics in 1945. Paxton is also just the sixth pitcher to throw no-hitter in Seattle Mariners history.

Fans at Rogers Centre gave Paxton a standing ovation after the final out, recognizing the achievement by a fellow Canadian, as his Mariners teammates mobbed him on the mound.

THAT’S how you finish a no-no. pic.twitter.com/BWdmtS863U

Paxton acknowledged the fans, pointing to his maple leaf tattoo on his forearm.

Paxton with a shoutout to Canada. pic.twitter.com/BOGMkF1906

“It’s very special,” said Paxton, describing what it meant to get a no-hitter in Canada to Sportsnet’s Hazel Mae. “I can’t think of a better place to have done it. In Canada, the Canadian fans, it means a lot.”