How does a middle-aged gal with no kids review Roald Dahl’s James and the Giant Peach? Easy. I imagined myself as a 10 year old again – excited, apprehensive, a bit fidgety, wondering what would happen once the stage lights came up. And it worked, although there was a lot for my adult self to reflect on too. 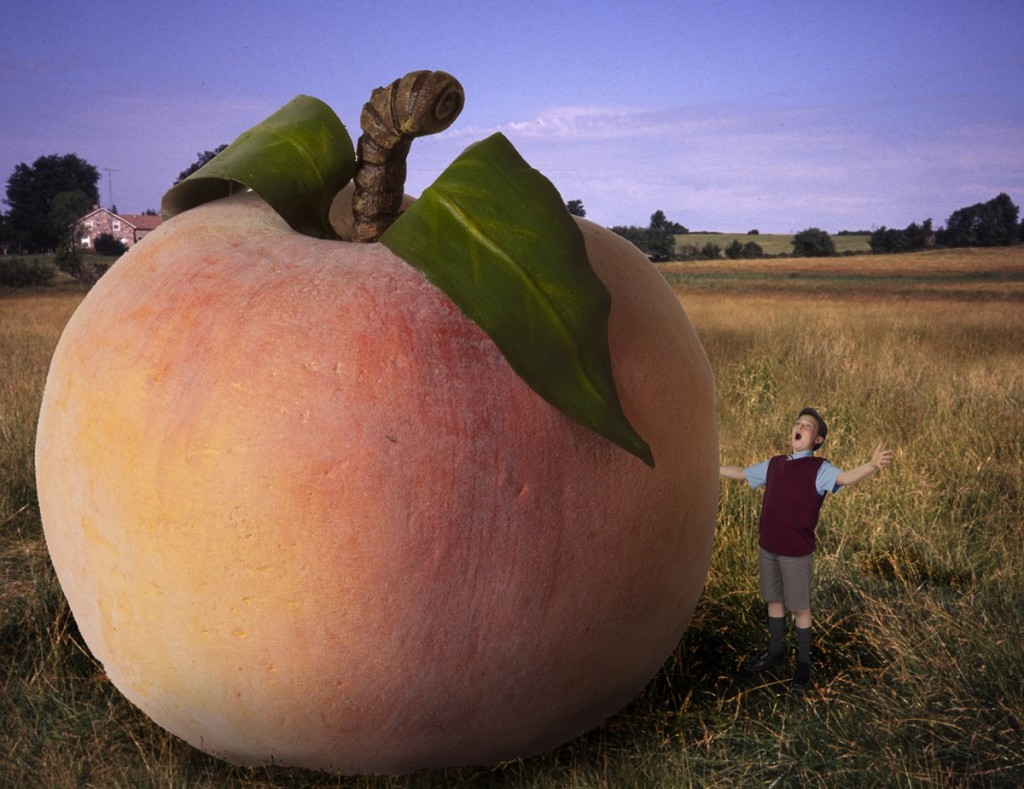 Right away on the sparse stage we see our young hero James Henry Trotter (Julian Lokash), tossing and turning in his cot at the orphanage, tormented by the death of his loving parents who are killed by a rampaging rhinoceros at the local zoo. (Note to parents – the scene is well handled, and not overly violent. The back end of the rhino brought many giggles despite what was happening.)

James is longing for a home again, and is surprised to learn that he has two aunts who will become his new family. 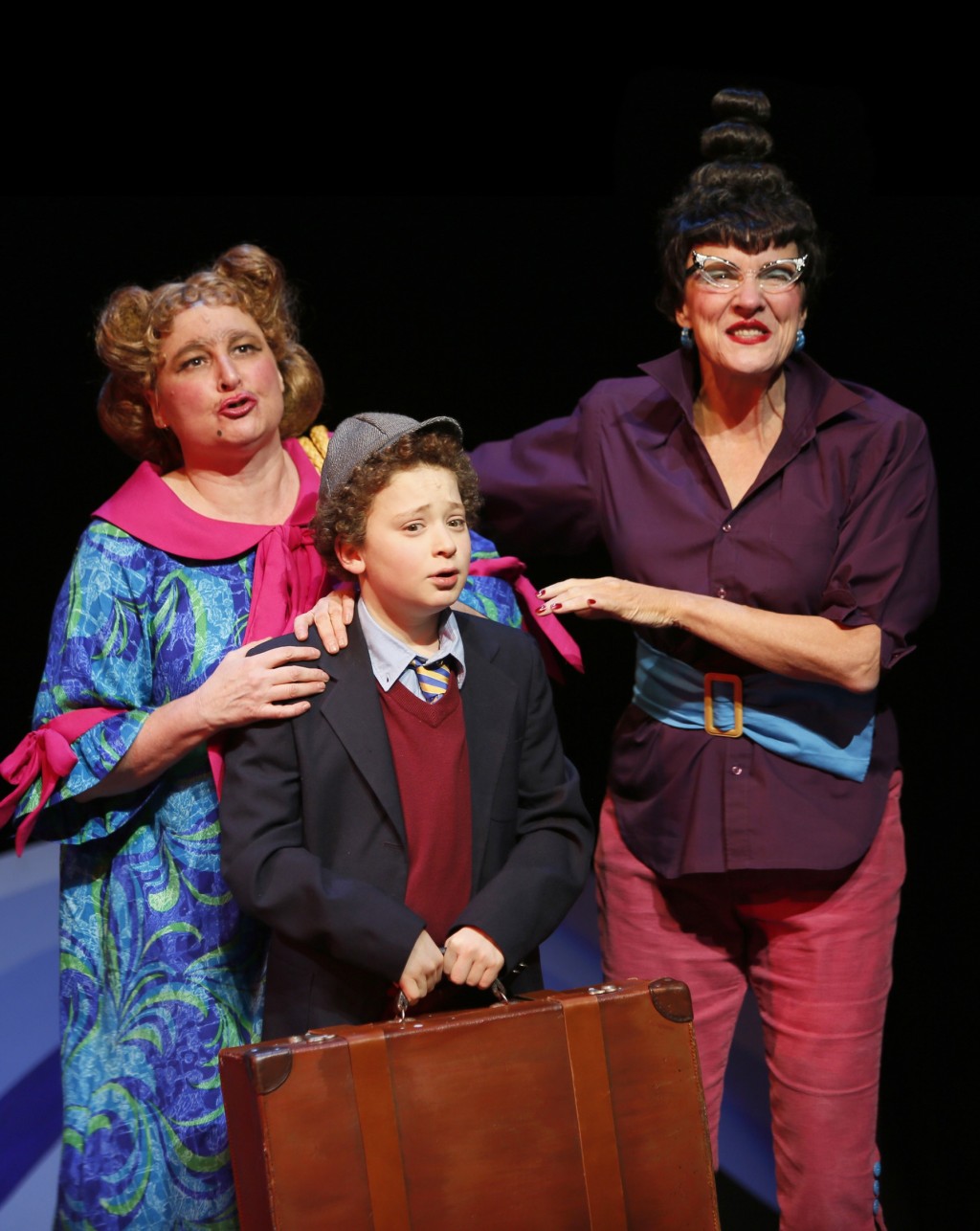 But life again throws a bitter curve at James, who discovers that his aunts Spiker and Sponge are evil swindlers who have no intention of giving him the love and security he needs. All seems lost…until a giant peach magically appears – and along with James and his companions Ladybug, Centipede, Grasshopper, Spider and Earthworm, we’re taken on a series of adventures that kept us on the edge of our seats. 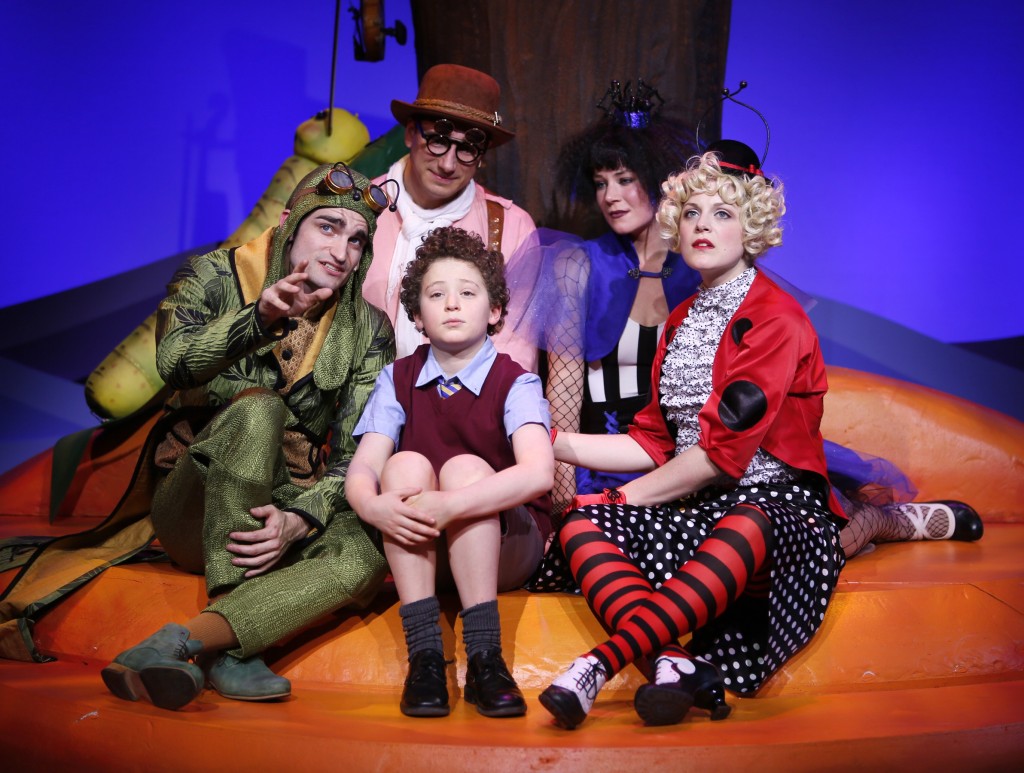 James and the Giant Peach has everything to entertain kids and adults – good vs. evil, over-the-top comedy, some suspenseful moments, gorgeous puppetry by Annett Mateo and, ultimately, an ending everyone can be happy about. And let’s not forget the songs that evoke everything from laughter, to sympathy to tears. During the performance of “Everywhere That You Are,” when Ladybug and Grasshopper comfort a lonely James with the fact that his parents will be with him forever, I saw the mom in front of me hold her son a little closer. I think a lot of the parents did.

My personal favourites – the hilarious and oh-so-creepy Spiker and Sponge, played with obvious enthusiasm by Patti Allan and Deb Williams, and the excellent insect ensemble. I especially loved Ladybug (Kaylee Harwood), who has a wonderful voice.

High fives as well to young Julian Lokash, who plays the wistful, sad, and finally brave and happy James. My only wish during his performance was that his voice was a little louder.

Presented by the Carousel Theatre for Young People, with words and lyrics by Benj Pasek and Justin Paul, James and the Giant Peach runs through January 4, 2015 at the Waterfront Theatre on Granville Island. Order tickets online.