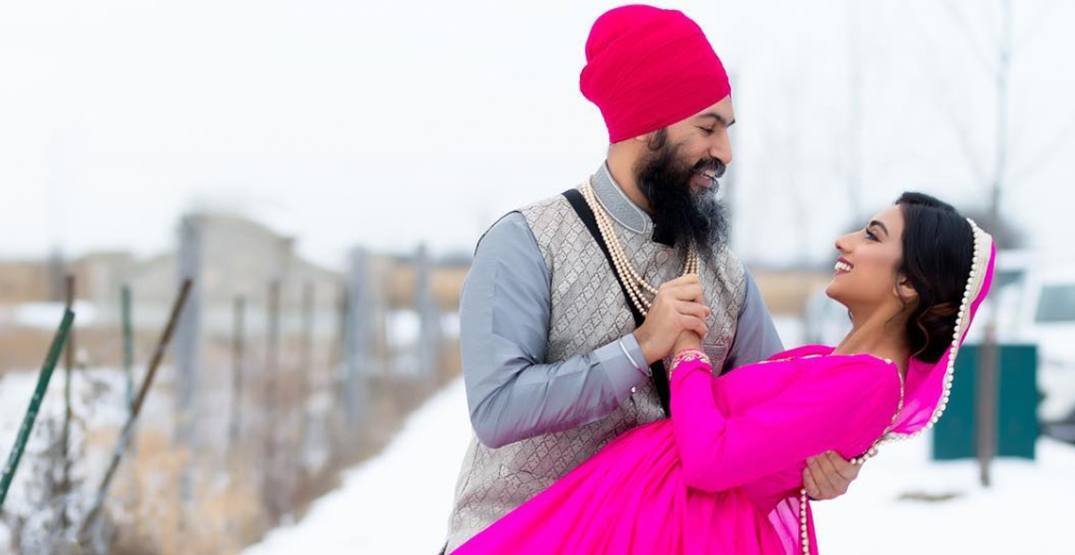 Federal NDP Leader Jagmeet Singh did some celebrating on the weekend, causing the public to speculate that he got engaged.

They were seen dressed up in traditional (and fancy) Punjabi clothing and seated together in front of a floral backdrop. 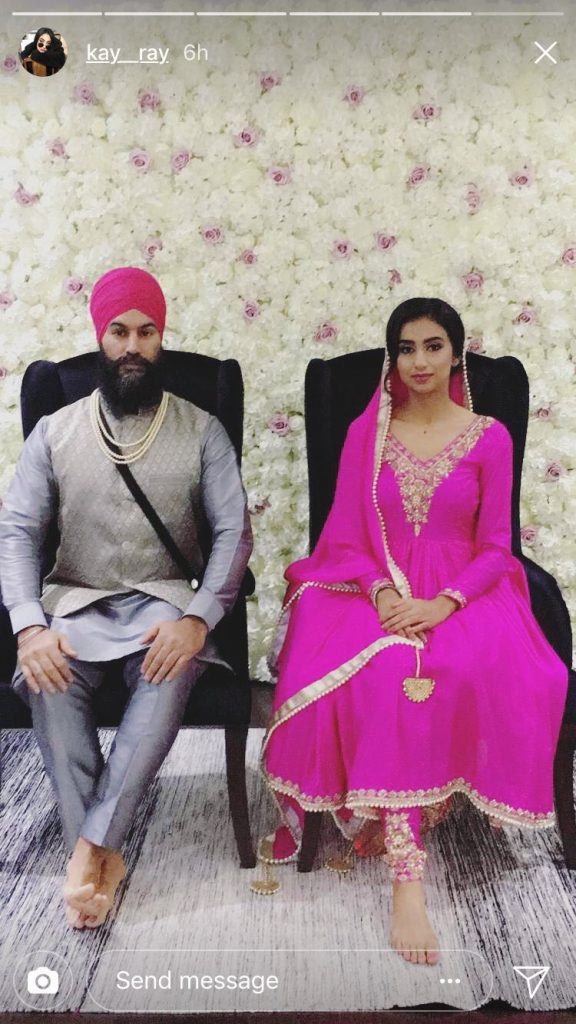 Popular Punjabi DJ, K Square, posted a video of Singh and Sidhu walking into an event on Instagram. The post is captioned “We’ve done house parties before but this one is definitely special. Another engagement tonight alongside @djssquared, @djksqaure for @jagmeetsingh and @ginu_sidhu.”

So is Jagmeet Singh engaged?

Well, not exactly. Another Instagram post from Toronto-based wedding photographer Gagandeep Singh seemed to clear up the confusion.

Congrats to the future Prime Minister of Canada @jagmeetsingh & the future First Lady @ginu_sidhu on their Rokha!! #jagmeetandginu

“Congrats to the future Prime Minister of Canada @jagmeetsingh & the future First Lady @ginu_sidhu on their Rokha!! #jagmeetandginu,” wrote the photographer in the caption.

By this point, you’re probably wondering what a rokha is.

Traditionally, a rokha is a ceremony that takes place before a Sikh or Hindu wedding.

Singh and Sidhu (who are both Sikh) could definitely be getting married in the future. But a rokha is a celebration that happens much before an official engagement and a wedding. The couple’s families come together to celebrate their commitment to one another before they decide to tie the knot.

It’s a chance for both families to get to know each other and give their blessings and well wishes to the couple as they embark on the next step(s) of their relationship.

“Although they didn’t formally label the event as any specific thing, rather just a celebration marking the meeting of their two families. They are both surprised and deeply touched by the amount of public attention this has garnered,” said Smith in an email statement.

“While, as you know, this is not an engagement, they’re very happy to celebrate their relationship with family, friends and now with Canadians from coast to coast.”

Looks like Singh and Sidhu are happy and that’s all that really matters. Congrats to them!