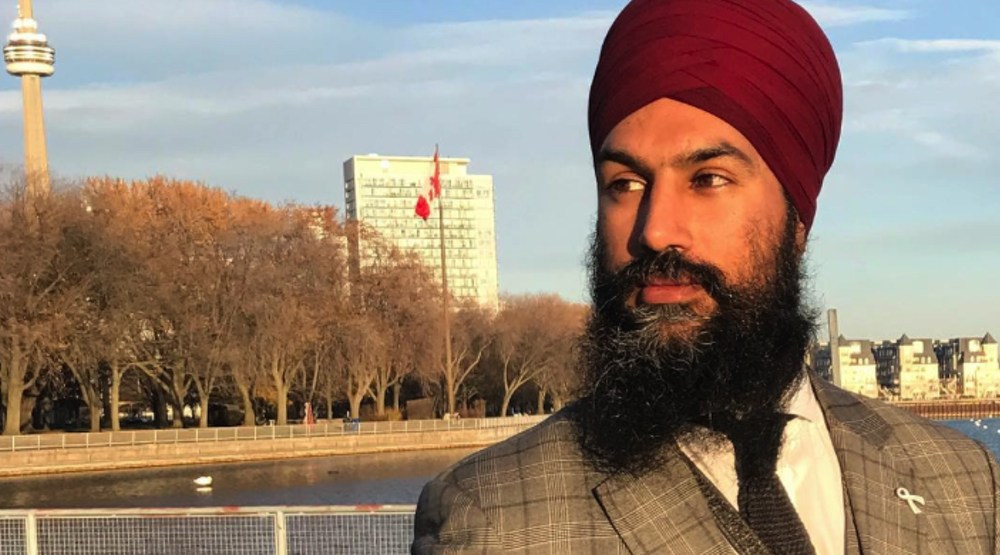 He’s the Member of Provincial Parliament (MPP) for Bramalea-Gore-Malton in Southern Ontario and is also the Deputy Leader of the Ontario NDP.

And he can add some serious style points to his resume.

It’s not the first accolade he’s received for his style, though.

In 2015, BuzzFeed called him “the most stylish politician in Canada by like a million kilometres.”

Singh was born in Scarborough, Ontario, as the oldest of the four children of Punjabi immigrants.

He briefly lived in Punjab, India, before returning to Canada when his father enrolled in a medical school in Newfoundland, where the family stayed for five years.

Singh’s family then settled in Windsor, Ontario, where he grew up.

Singh began his political career with his decision to run for Member of Parliament in the May 2011 federal election as the NDP candidate in the Ontario riding of Bramalea-Gore-Malton (during the redistribution of federal electoral districts in 2015 the riding was dissolved and no longer exists).

He was defeated by Conservative candidate Bal Gosal by 539 votes.

He then ran in the October 2011 Ontario election as the NDP candidate in the provincial riding of Bramalea-Gore-Malton, and defeated Liberal incumbent Kuldip Kular by 2,277 votes.

Singh became the first Ontario NDP MPP to represent the Peel Region as well as the first turban-wearing MPP.

Singh faced Kular again in the 2014 election, this time defeating him by 5,627 votes.

In the 41st Parliament of Ontario, Singh continued in his roles as NDP critic for the Attorney General of Ontario and for Government and Consumer Services.

Through it all, his sense of style has never wavered, and with over 35,000 followers on Instagram, it seems a lot of people agree.

“A beard and a turban sometimes conjure up negative associations, but if you see someone with a lime colored, bright orange, or pink turban, it disarms people’s stereotypical notions of this image and it disarms people from those stereotypes,” Singh told GQ.