I have absolutely no idea what the difference is between a chassé and a pliée. To my delight, these things simply didn’t matter during last night’s performance of Jacques and James.

Dance is one of those art forms with a long and specific tradition, and where verbiage and technical jargon can quickly become intimidating. Thankfully, this pair of skilled solos is more in the structure of one-man shows, where dance is but a vehicle for telling personal stories.

I couldn’t take my attention off James, whose delightful awkwardness and off-beat observations was exaggerated in unrefined, ungraceful moments on stage. I’ve never seen that side of a professional dancer before, and the deep honesty James Gnam brings to his performance touches the heart much more than perfect lines. It’s a show about imperfection, about the turmoil of making a living as a dancer, and about an enduring, childish innocence which is a joy to watch. 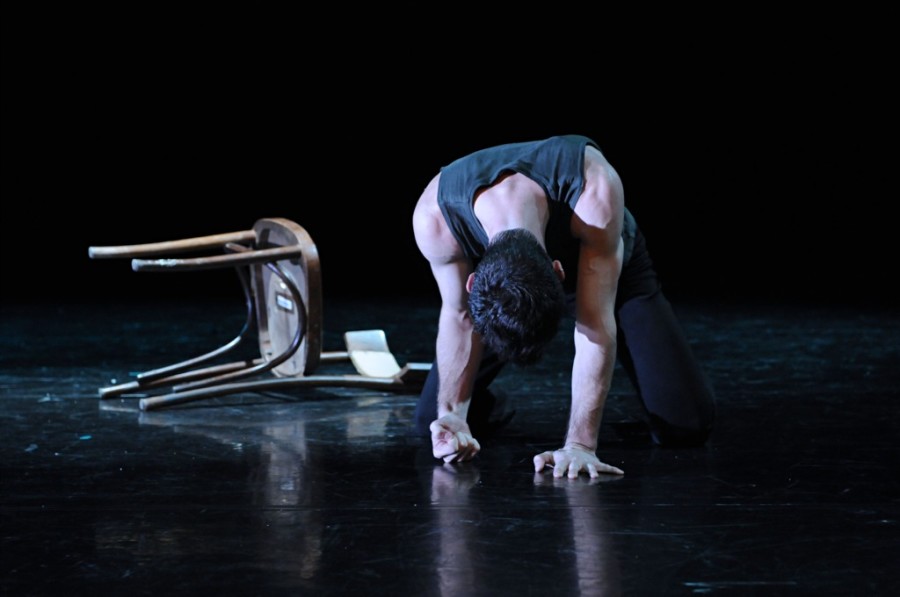 After an intermission, acclaimed Montreal native Jacques Poulin-Denis took the stage. I found Jacques’ story to be not as compelling as James’, and perhaps it was partially due to the language barrier. Some of his spoken lines were too soft to be heard, and while I got the gist of his story, it felt forced – not as organic as the performance preceding him. Jacques was at his best when he let his body tell the story for him, and it was a thrill watching him come to life during the action scenes.

Still, it was a welcome change watching the two dancers play with narrative and personality within an intimate setting. I felt like I was invited in to their world for an evening, instead of simply observing dispassionately at armslength. Both of these performances centred around the little imperfections that transported the characters from stock into humanity.

Firehall Arts Centre is hitting many of the right buttons in getting new audiences to take a chance on their venue. Note that if you do attend the show and love it, they have an awesome 2-for-1 tickets offer so you can bring a friend to a subsequent performance of the same show.

Jacques and James plays at the Firehall Arts Centre in Chinatown until December 7. Advanced tickets.