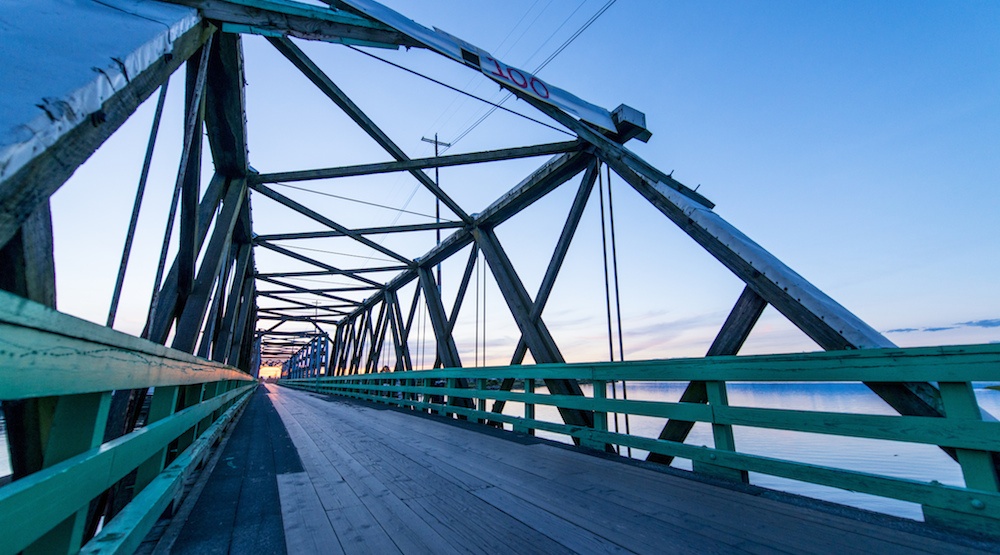 Operators of tall vessels that normally use the Canoe Pass of the south arm of the Fraser River estuary are being told to take a detour to another channel.

TransLink says the Westham Island Bridge over the channel between Ladner and Westham Island is frozen stuck due to the extended period of cold weather. The swing bridge is fixed in its current position allowing road traffic to pass through, but vessels that need overhead clearance can’t get through at the moment.

Until temperatures warm up, operators of the bridge’s swinging mechanism will only attempt to open the bridge for emergency marine traffic.

“Operating the swing span in extreme cold conditions creates risk of critical failure and damaging of the asset due to freezing of lubricating and hydraulic fluids,” Chris Bryan, a spokesperson for TransLink, told Daily Hive.

“As such, it is standard procedure for all Swing Bridges to only be operated for emergencies during cold especially cold weather, such as below the freezing point. This is only a precaution measure to avoid any potential breakdowns.”

The 1912-built Westham Island Bridge is a single-lane, wood-deck truss bridge and is occasionally used for local film and television productions.

Location of the Westham Island Bridge: