Fans have never been so happy to see Yannick Weber.

The Canucks top-three defencemen are clear: Alex Edler, Chris Tanev and Dan Hamhuis. They will get the big minutes, and they deserve it. Where the rest of the guys rank can be (and has been) debated. For now, head coach Willie Desjardins has chosen to go with surprising/deserving rookie Ben Hutton, newcomer Matt Bartkowski and the chosen one, Luca Sbisa.

The result is Bartkowski and Sbisa are playing out of position, on the right side, while right-side defender Yannick Weber watches from the press box. Weber proved to be a nice fit with Hamhuis last year, while Bartkowski has mixed with Hamhuis about as well as oil and water.

Judging by how the Canucks practiced on Friday, Weber will play with Hamhuis against Detroit, while Bartkowski sits.

But while there’s a case to be made for Yannick Weber at even strength, the best case is made for him on the power play. Weber will get a shot with the first unit power play for the first time this season on Saturday.

Weber led all Canucks defencemen in goals last season, with 11. That’s three more than Alex Edler had, and more than the other four regulars (Tanev, Hamhuis, Sbisa and Kevin Bieksa) combined.

While Vancouver scored on the power play on Thursday night, it came despite a threat from the point, not because of it. The Capitals seemed unafraid of Alex Edler’s shot from the point, collapsing at will. 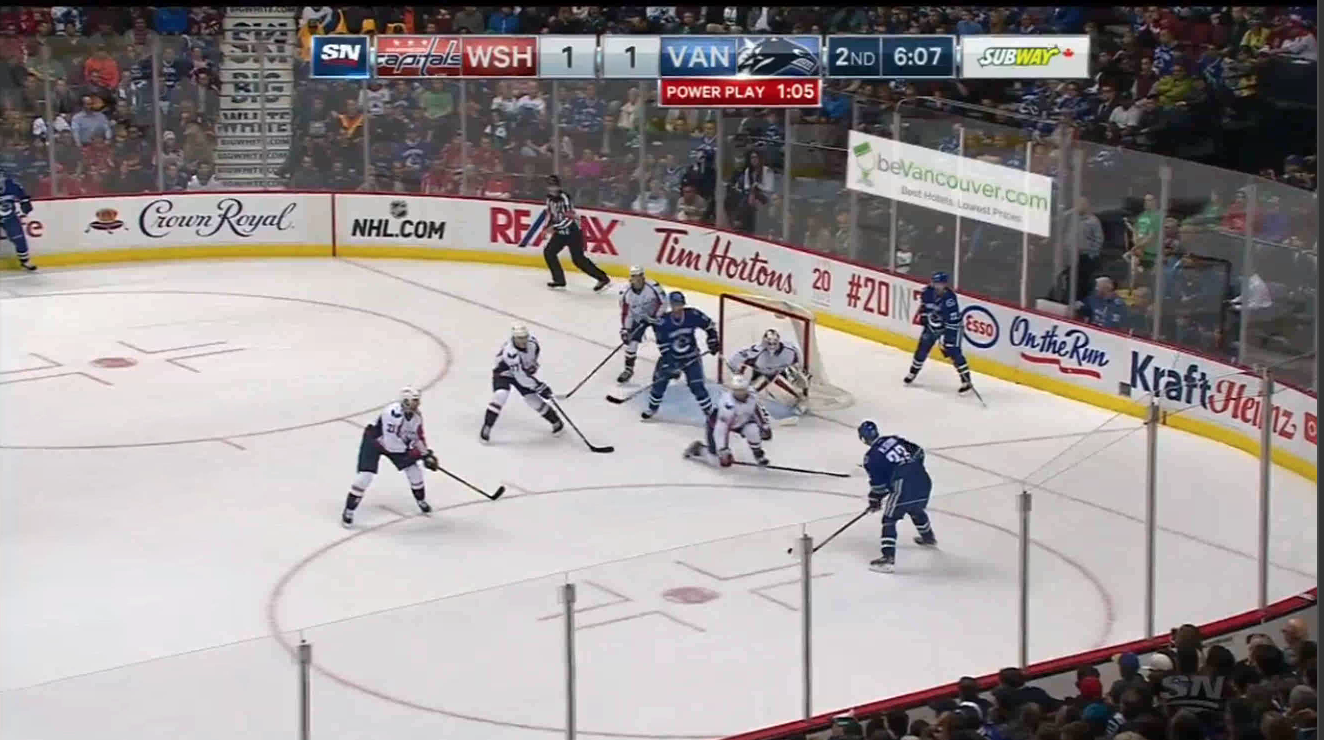 The Canucks are 2-for-23 with the man advantage, placing them 27th overall in power play percentage. Last year Vancouver finished with the 9th best power play in the NHL, in large part due to the play of Yannick Weber.

The biggest issue this season for the Canucks has been the lack of a threat from the point. Alex Edler has a hard shot, but he isn’t great at getting his shot off consistently and because he is left-handed, he isn’t able to let go a one-timer from Henrik Sedin when he sets up on the half wall. 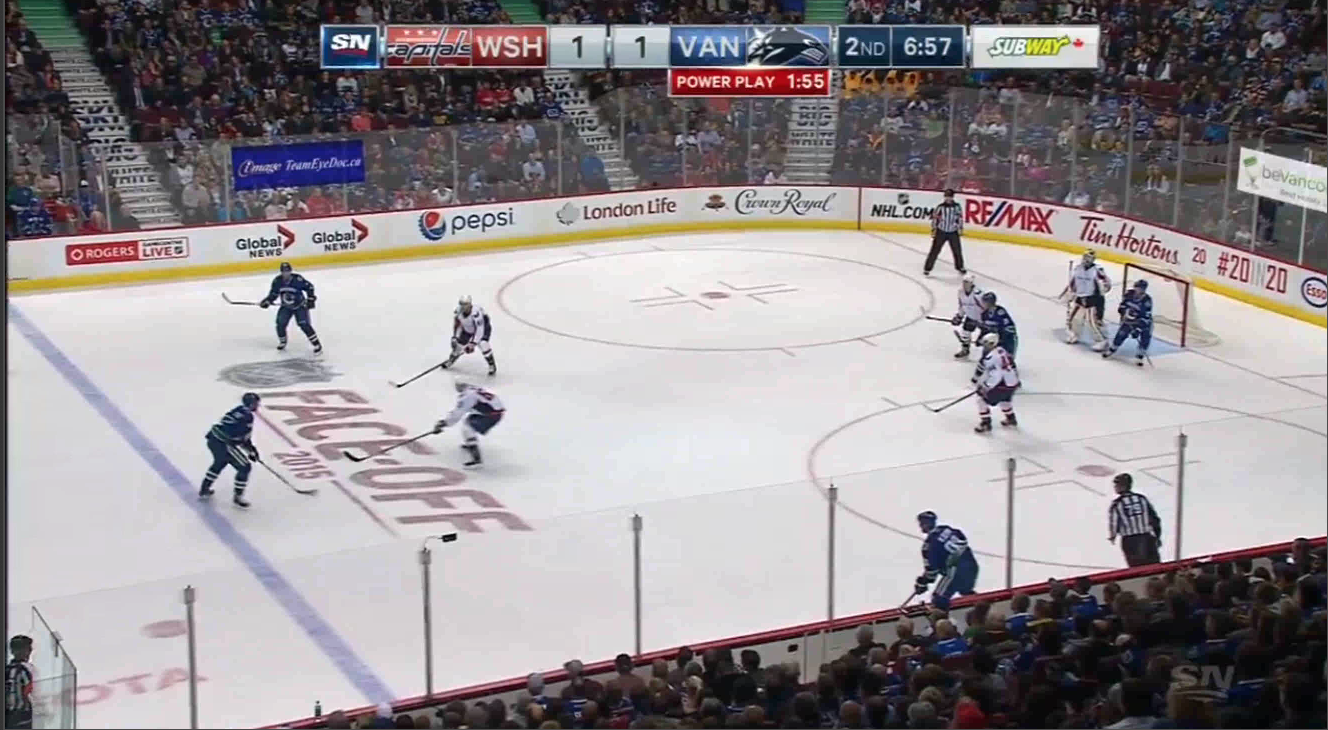 When Henrik passes the puck to Edler, the defender has time to move over and cover him before he can get a slap shot off. The goaltender also has a chance to move and get set and look around screens.

Edler is effective at bringing the puck up the ice and passing in the offensive zone, so it’s not like he’s an anchor on the power play. But Edler simply isn’t the best option to ride shotgun with Henrik Sedin.

The Canucks will go with Edler and Weber on the point next game, which means that they lose Brandon Sutter as a net-front presence. If that becomes an issue, and I think it eventually will, Desjardins could leave Weber as the lone defenceman on the first unit.

When the Canucks have Weber as a shooting option on Saturday, it will open up the possibility of a one-timer, which the Wings will have to respect. And when the threat from the point is heightened, it stretches the defence and opens up space for the Sedins to work their magic down low and in the middle of the ice.

And when the Sedins can work their magic, the Canucks are a dangerous team.