When Pemberton Festival announced late last year that it is coming back in July with new event managers, Huka Entertainment, it got people around the Lower Mainland and B.C. excited.

The announcement of Pemberton also put pressure on “rival” Squamish Valley Music Festival to up the ante when it comes to securing big name artists for their expanded three-day festival. Squamish Valley Music Festival fulfilled their promise of an wildly expanded event, putting together an amazing festival lineup – one that many would say rivals the 2008 Pemberton Festival.

A lineup that includes Eminem, Bruno Mars and Arcade Fire as headliners can rival any of the festivals out there in North America; Squamish Valley Music Festival has proven it’s ready to entertain the masses.

In addition to its lineup, Squamish organizers have also secured $12-million in funding for festival enhancements that include redesigned stages and a significantly larger venue site – from 30 acres to 81 acres to accommodate an increase of 35,000 fans per day from last year’s 19,000.

Then there is the Pemberton Festival. A festival that has been facing a steady stream of criticism online simply because no lineup nor event logistical details have been released (it was supposed to be announced in January).

Many are now speculating that it may not happen at all since Pemberton Festival organizers have been eerily quiet – there has been no word of a pending announcement and even less activity on their Twitter account and website. 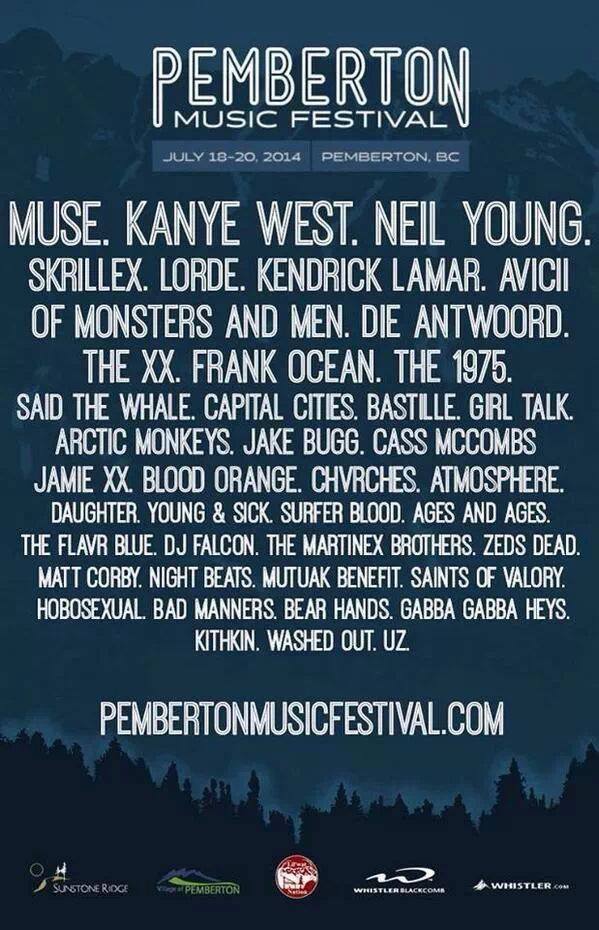 If Pemberton Festival is indeed back on, its financial feasibility entirely depends on its acts.

I see there being only two scenarios that can play out here: either the festival is delayed another year so that they have more time to secure big acts and compete with a well-financed Squamish Festival or they are staying quiet and will unleash a storm with a great lineup that blows all others festivals out of the water.

One or the other, something needs to happen soon.