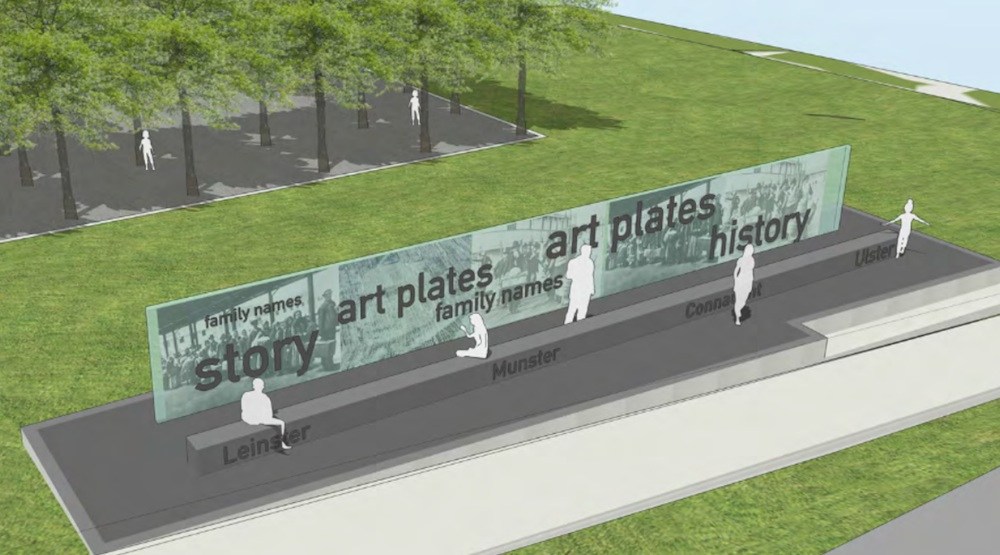 Artistic rendering depicting one of the two design options for the monument for Irish Canadians. (Ireland Canada Monument Society / Vancouver Park Board)

A monument acknowledging the contributions of Irish Canadians to British Columbian society is planned for George Wainborn Park at False Creek, near the northern end of the Granville Street Bridge.

The Vancouver Park Board is seeking public input for two designs for the monument at a small site on the northwestern periphery of the park. Funding required for the design and construction process of the installation is completely provided by the non-profit Ireland Canada Monument Society.

One option dubbed “Discovering New Land” would place an Irish stone wall in the middle of an existing bosque of trees. A new meandering path inspired by the Ireland shoreline, with the names of the 32 counties of Ireland, would be engraved in the concrete paving.

Various other engravings, such as the symbols of a harp and maple leaf shamrock, as well as seat walls at each side of the stone wall are also proposed.

The monument is potentially more aesthetically and creatively attractive than the other proposed design, but it is hidden away from sight. 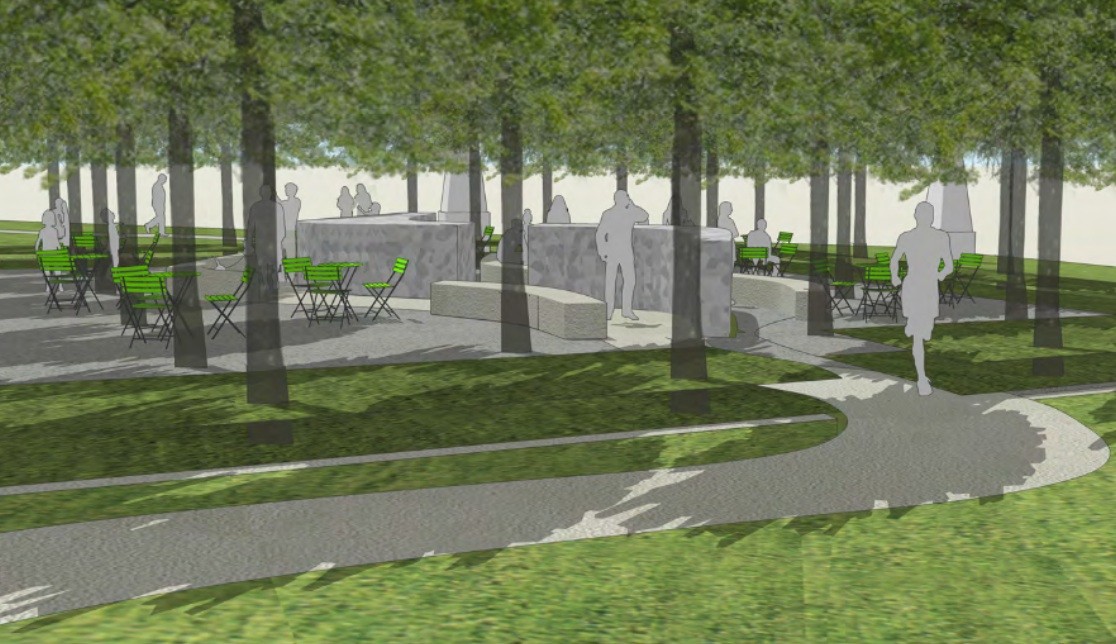 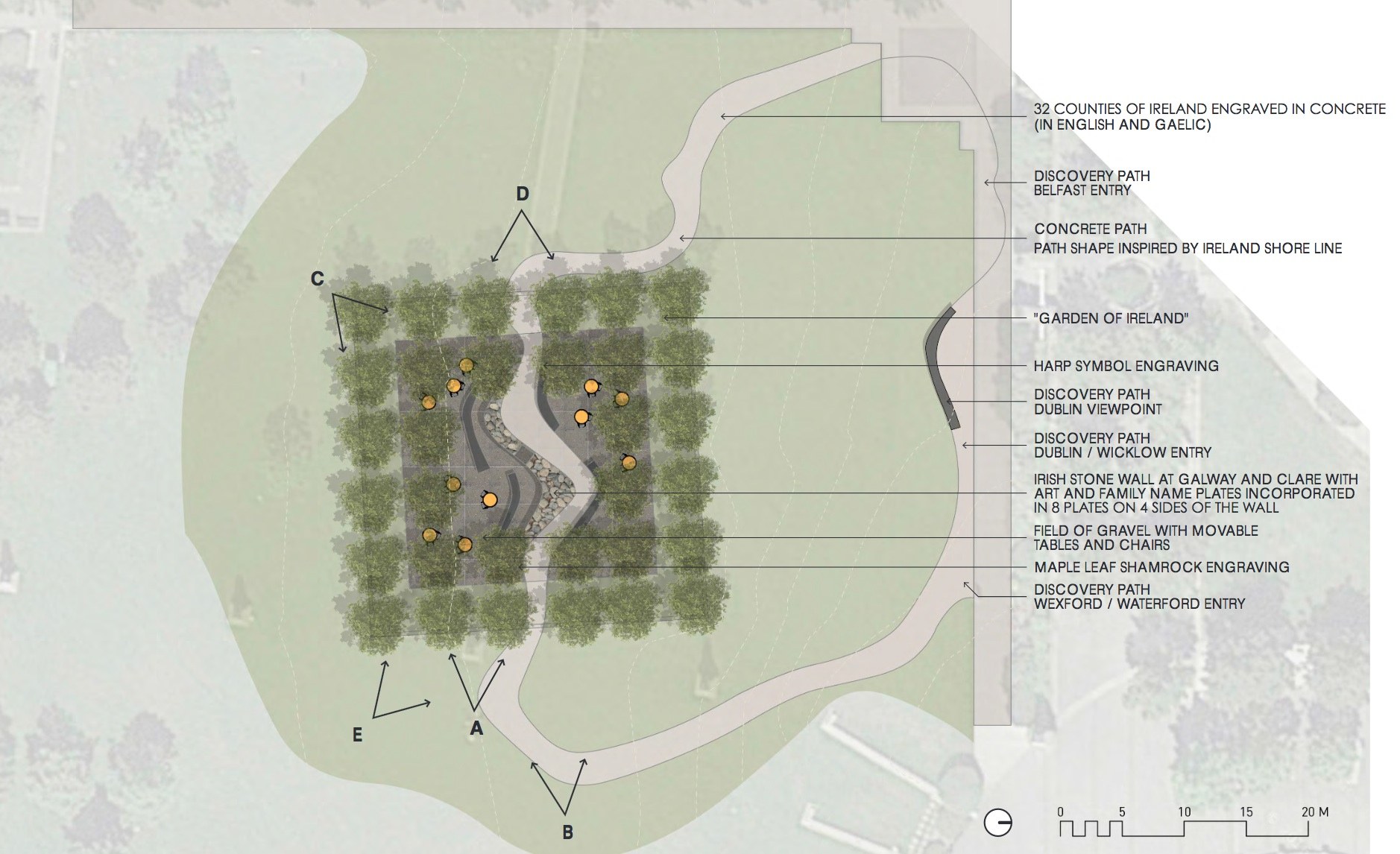 An alternative design, “Seeing Through History,” calls for a semi-translucent design just outside of the bosque on an existing open grassy area. The semi-translucent art wall would have graphics and the names of families incorporated into it, telling the story and history of Irish Canadians.

As well, the names of 32 counties of Ireland will be engraved in a metal band on the side of seating steps that enclose the wall.

Given that the wall will be placed outside of the bosque, it could interfere with activities that place in the park and reduce the open green space available for use. 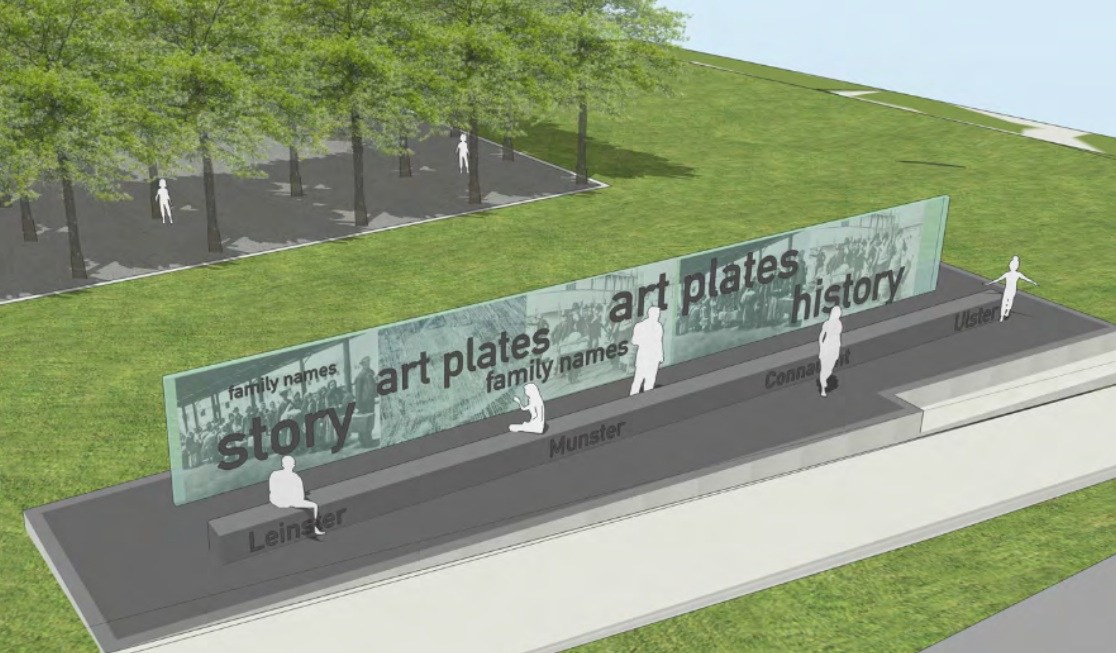 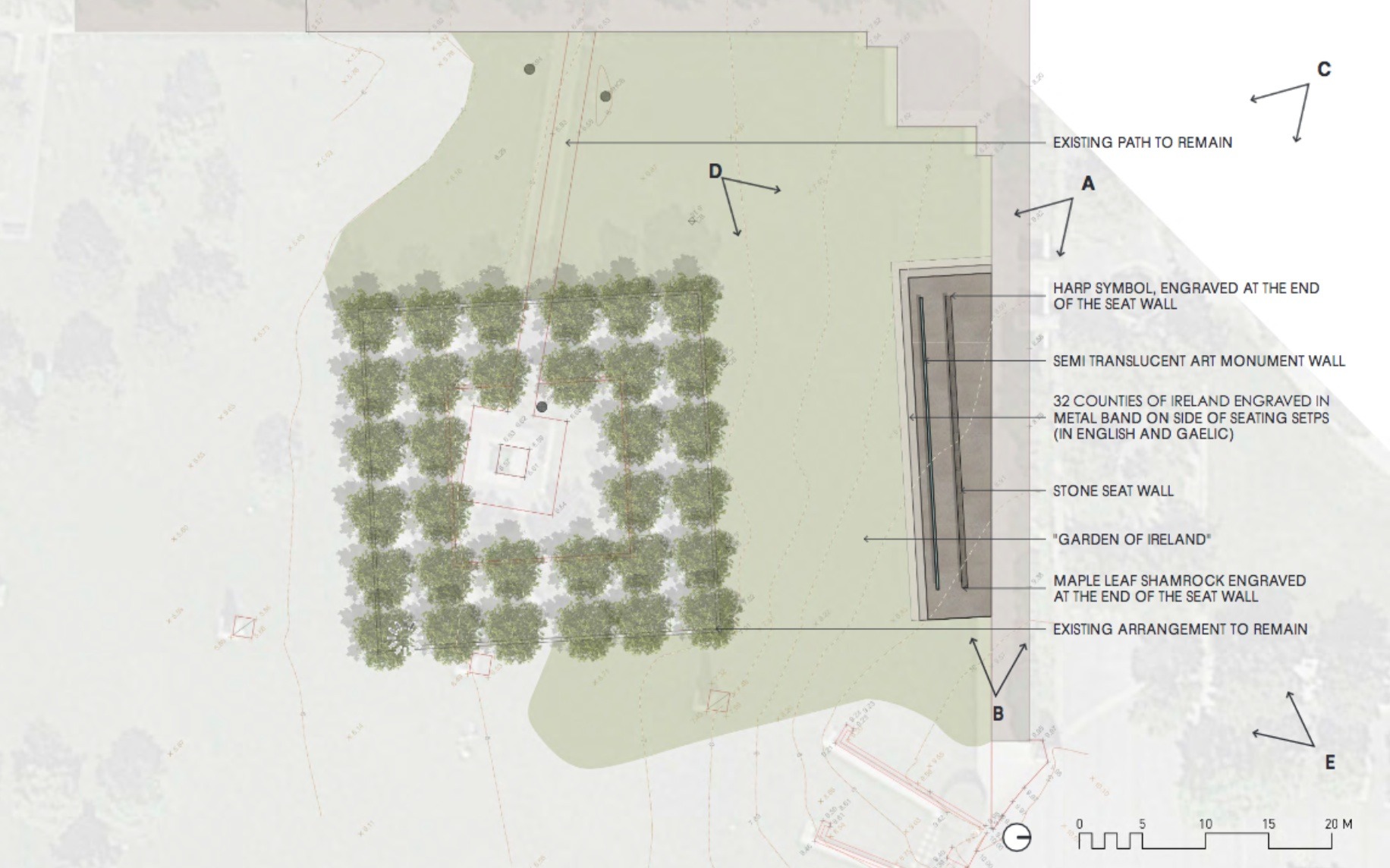 The installation of the monument is slated for later this year, after a design is chosen.

Some of Vancouver’s newest in-park monuments include the Air India memorial near Second Beach in Stanley Park and the Komagata Maru memorial at Harbour Green Park near the Vancouver Convention Centre.