Albert Maysles is one of the greatest documentary filmmakers of all time, and the passing away of this pioneer earlier this year was a tremendous loss for the art form.

However, in his 88 years, he made dozens of unforgettable movies and leaves behind an impressive legacy. Also, he went out with a bang. His latest film, Iris, is one of his most memorable. It centres on Iris Apfel, the famous fashionista who has been a style icon in New York for decades thanks to her exuberant and outlandish tastes in putting together head-turning outfits. If you’re someone who remains unconvinced that fashion can be an art, the best chance at having your mind changed is by seeing this doc and beholding how Apfel assembles her attire with originality and creativity. 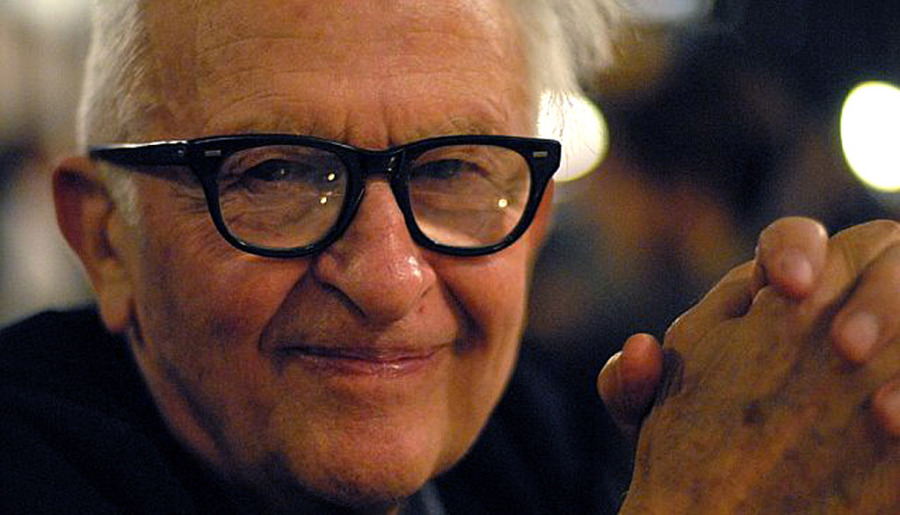 Already in her 90s when this film was made (today she is 93), the film is at once a portrait of her art and also of her vitality and vibrancy, which seems to have refused to wane even as she heads deeper into her twilight years. This is where the film has a personal touch that often makes it moving to watch: Maysles sees in Iris a kindred spirit. Both of them are “elderly,” and yet they have never stopped following their passions, working in their chosen vocations fervently without pause. Only now is there a sad irony knowing that Maysles has died, but he never put down a camera—and even has one more film in the can that will be released posthumously sometime soon.

Lively and light, the doc is mostly composed of interviews with Iris herself, but also with those around her, either friends or professional admirers, who all attest to her lasting influence and to her infectious personality. The best proof for that, though, is in her own attitude and words in the film, as she looks back on her life experiences and takes the viewer into her world and home, which is one of the most unusually and wonderfully decorated you’re likely to see in any film. 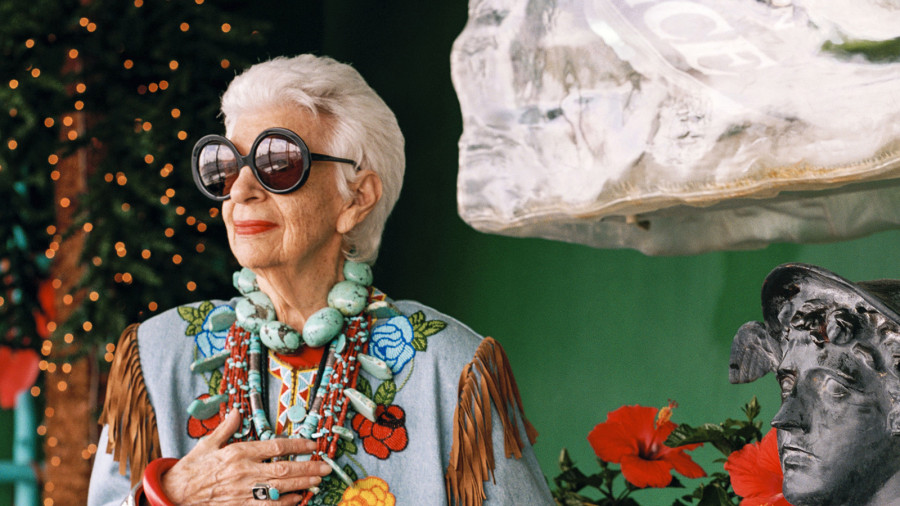 The heart of the film lies in the relationship between Iris and her husband since 1948, Carl. Still in love after all these years, their partnership in life and work is astonishing. They started a famous textile company in the 50s, which they ran up until 1992. In that time, they were renowned and even did design projects for nine different presidents in the White House. The two characters have such a sweet and tender bond, and Maysles’ sensitive eye captures it on camera with authenticity and poignancy.

While Iris lacks the urgency of the tone you’re likely to find in most issue-oriented documentaries coming out today, you’ll find its relaxed, playful mood to be a refreshing change, and a reminder that the greatest virtue of a documentary is the opportunity to meet people that you otherwise would not. And if you’re not already familiar with her, Iris Apfel makes one hell of a first impression.

I give the film 3.5 raindrops out of 5. It’s playing at the Vancity Theatre now through July 18.

Written by Adam Cook for Vancity Buzz. Connect with Adam on Twitter @AdamCook.