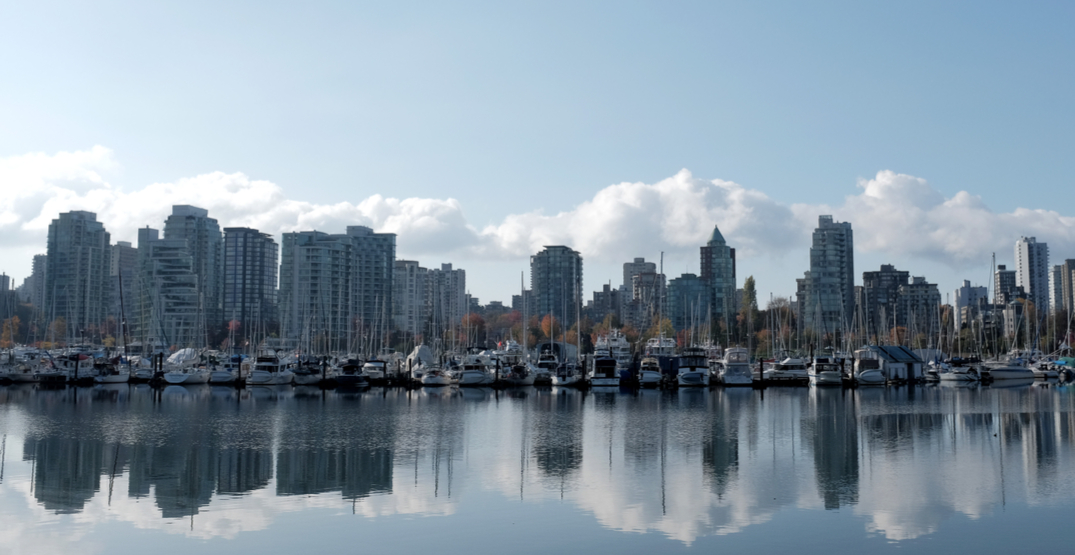 As Vancouver continues to solidify itself as a true tech powerhouse in North America (if not the world), the companies that grow and gather here have more and more opportunities to give back to their communities.

And three of them want to inspire you to do the same, either as part of their teams, or on your own. Tech companies have matured beyond the days of office NERF battles and the allure of craft beer on tap; although both are still readily found, Vancouver’s tech scene is about more than that.

Vancouver is a city of great potential and equally great challenges, so it can be worthwhile to take a second and celebrate the good, community-minded things that are being done here. 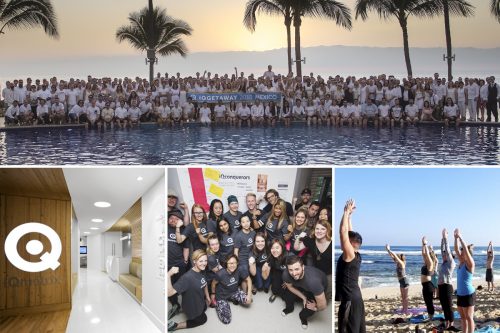 iQmetrix and their various community events around the world/Image: iQmetrix

iQmetrix spreads love to their neighbours

Recognized as one of Canada’s top employers, iQmetrix made a name for themselves by developing RQ, a POS and retail management system used by more wireless retailers than any other solution in North America. Their success is a result of empowering employees to create great experiences – whether that’s for each other within their innovative and entrepreneurial culture, for iQmetrix’s clients, or for the greater community as a whole.

When it comes to philanthropy and giving back to their communities, they’re all about personal choice. This isn’t a monolithic corporation that has partnered with the same well-known charity for years; each quarter, every employee gets a no-questions-asked volunteer day to put towards a cause or charity of their choice.

This democratic approach to helping extends to their annual all-company tropical getaways which always include an element of giving back to the community they’re visiting. To keep that same spirit going year round back home, iQmetrix has a a peer-based philanthropy committee where any employee can suggest any local or global cause for the company to donate to or to volunteer time towards.

In Vancouver, they also aim to lead by example, such as when they spearheaded the “Plenty of Plates” program for A Better Life Foundation. iQmetrix is part of an ongoing and growing group of companies that raise funds and bring their own staff in to cook and serve warm, nutritious meals in an established restaurant to residents of the Downtown Eastside. 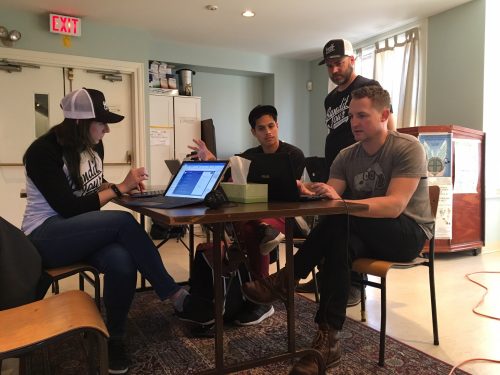 Learning to code/Image: Traction on Demand

Traction on Demand plays to their strengths

As North America’s largest independent Salesforce consulting and application development firm, Traction on Demand helps their community with the skills and knowledge they already possess. It turns out, that makes a lot of sense.

Through their nonprofit arm, Traction For Good (T4G), they are changing lives in both the short- and long-term.

They invest in the future by teaching kids to code through partnerships like the ones they have with local elementary schools, SFU’s Bytes and Bikes Summer Camp and Canada Learning Code to host workshops both in the classroom and out.

As a part of the Bandit Tour for Good, Traction focuses on giving what they’re good at. They send employees into classrooms across the province to teach children the fundamentals of coding and support non-profits in BC (and across North America) with pro-bono Salesforce services. 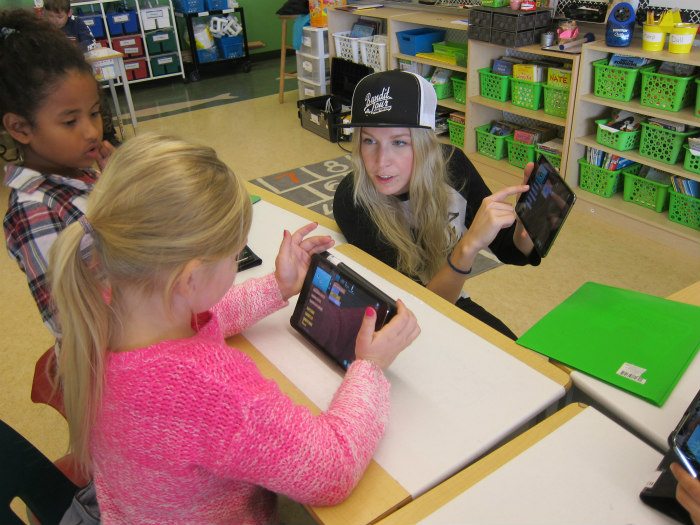 But there’s no better example of Traction using their existing skills to make the world around them better than their Salesforce service grants. Through these grants, Traction enables non-profits to make the most of their data and improve processes through technology, so they have more time to focus on driving their mission forward.

In 2017, they gave $375,000 in service grants to fund 63 non-profit projects, with their largest-ever grant going to the Terry Fox Foundation. T4G added an extra $100 to the grant for each of the 103 people who crossed the finish line of the Terry Fox Run they hosted at their Burnaby office.

Beyond “giving what they’re good at”, Traction strives to inspire philanthropy internally through their matching program, donations to employee-selected organizations, team volunteering opportunities, and a $25 Kiva credit to every new Tractionite, so they can improve an entrepreneur’s life.

A Thinking Ape levels up the communities around them

Games developer A Thinking Ape has been making social-mobile games since 2009, but what they have become really good at is building communities. In fact, creating these collectives is the company’s mission.

Their robust player forums are a powerful illustration of this purpose. A Thinking Ape creates opportunities for their player community to voice what’s important to them, and they are always on the lookout to leverage the power of that group.

In response to calls from their players, they have even incorporated in-app charitable options into their games. They have used the purchases of these special in-game items to gather donations for Hurricane Harvey, the Alberta Fires, and Typhoon Haiyan. 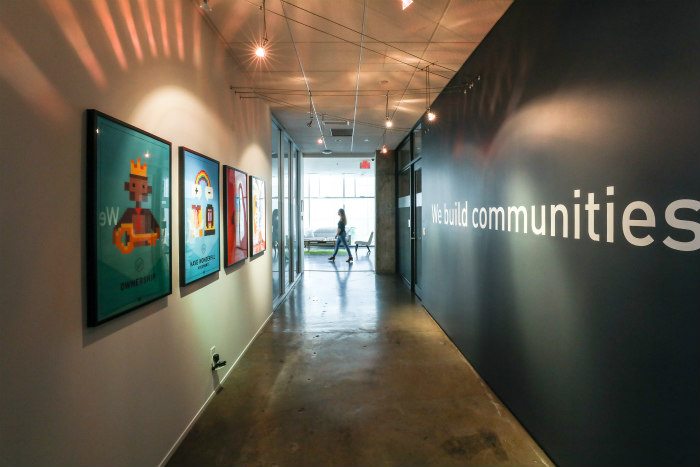 But the drive to build communities isn’t just their mission on a global scale, they’re doing it on a local scale, too.

A Thinking Ape is part of the #gamersgathergrub event, an annual initiative shared among the Vancouver gaming community. The event takes place in December and challenges local gaming studios to see who can fill the most boxes for the Greater Vancouver Food Bank. A Thinking Ape has been part of the drive since it began in 2015, and they even coined the name of the competition. Not only that, they’re the defending champion studio for three years running!

By leveraging the power of gamification and friendly competition, they’ve turned a single good deed (donating to a food bank) into a larger yearly movement, all for the benefit of their community.

How will you step up?

The companies profiled here are three of many, but they want you to feel empowered to give back to your community in your own way. If you like what they’re about and have been wanting to break into the tech industry, good news; they’re all hiring. Already working at a tech company, and want your co-workers to become more involved in the community? Anyone can join BC’s Tech Collective to learn the how and why of building social impact into a business.

But if you contribute to your community in your own way, that’s what this entire network is all about: Vancouverites making Vancouver (and the world) a better place to be, every day.